The Worst Spider-Man Movie Villain, According To Our Survey 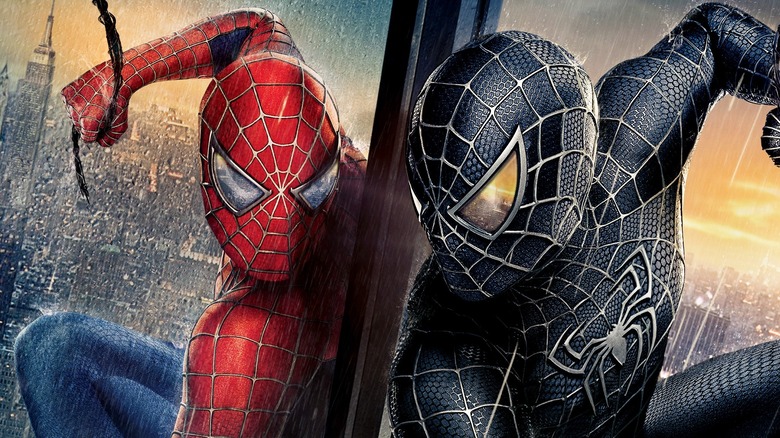 (Welcome to Survey Says, a feature where we conduct a movie-related survey for a random group of people and explain why they're completely right, completely wrong, or somewhere in-between.)

There's a new "Spider-Man" movie, "No Way Home," on the horizon, and it's bringing back one of the best cinematic Spidey villains: Alfred Molina's Doctor Octopus. But we're not here to talk about him, or recent standouts from the Marvel Cinematic Universe like Michael Keaton's Vulture or Jake Gyllenhaal's Mysterio. We're here to talk about all the other goofball villains in Spider-Man's two-decade movie history.

In the comics, Spidey's rogues gallery rivals that of Batman, but his live-action movie adventures have struggled to translate that mojo to the big screen. For our latest survey, we asked 611 U.S. respondents one simple question: who was the worst "Spider-Man" movie villain?

Prepare to have your comic book movie opinions stimulated by the answer.

Sorry, Lizard, You Lose (By Winning) 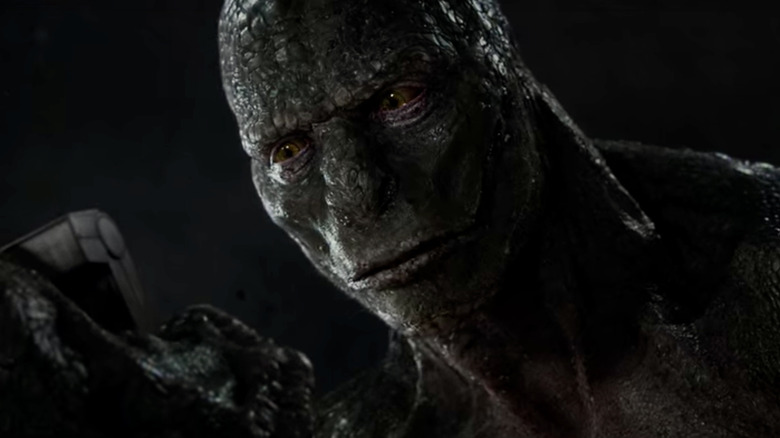 And the winner — or loser, depending on how you look at it — is the Lizard, played by Rhys Ifans in "The Amazing Spider-Man." 22.91% of the people we surveyed said that he's the worst Spider-Man movie villain. And you know what? They're absolutely right!

In our eight-legged ranking of "Spider-Man" movies, I put "The Amazing Spider-Man" dead last and it was all because of the Lizard. I called Lizzie "a sewer-dwelling CG turd that no toilet can contain." As noted, he actually does smash his way up through a toilet in a bathroom stall at Peter Parker's high school. They throw a white lab coat on him at one point in a nod to his Marvel Comics appearance, but most of the time he appears in the nude. And while it might seem rude to call him the worst Spider-Man movie villain, his alter ego is that of a scientist, so he would have to respect the science of our survey.

The runner-up, with 19.97% of the vote, is the Rhino from "The Amazing Spider-Man 2." I reiterate: show us Paul Giamatti in a padded onesie, you cowards! What we got instead was an uninspired mech take on Rhino, who only showed up in costume in one scene at the end of the movie. He galloped across the street toward Andrew Garfield's Spidey and then was never heard from again -- much like the rest of Sony's "Amazing Spider-Man" series plans.

The Web Of Dishonorable Mentions 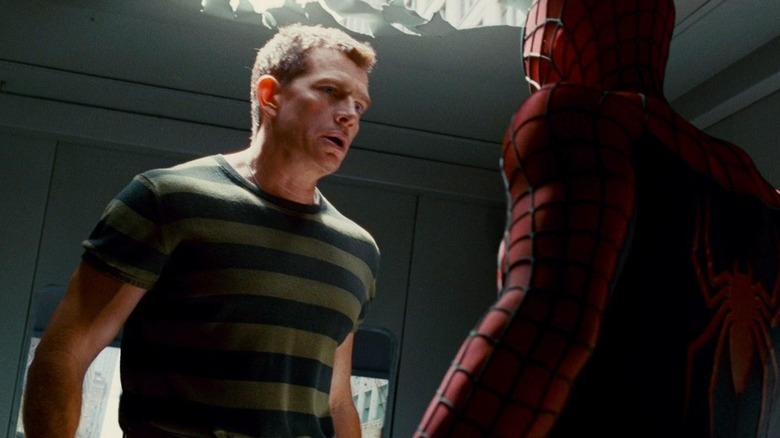 Thomas Haden Church's Sandman from "Spider-Man 3" didn't fare well in our survey, either, as he nabbed a full 17.18% of the vote. True, they awkwardly retconned him as Uncle Ben's killer, but it's still somewhat surprising to hear that there's more ill will toward him than Topher Grace's Venom. We'll get to that goober in a second.

First, there are the dubstep stylings of Jamie Foxx's all-blue Electro, who came away with 12.60% of the vote. This makes him even less popular than James Franco's New Goblin in "Spider-Man 3," who earned 10.15% of the vote for worst "Spider-Man" movie villain.

Dane Dehaan's Green Goblin from "The Amazing Spider-Man 2" — he of the skin condition and hissing — and Grace's aforementioned Venom from "Spider-Man 3" are about neck-and-neck, with 8.84% and 8.35% of the vote, respectively. That means that, going by this survey, Grace's Venom is the least bad of the bad "Spider-Man" movie villains.

I respectfully disagree. I almost wonder if people aren't just showing Grace, well, grace -- cutting him a break because they like Venom as a character. Now, of course, we have Tom Hardy onscreen as Venom, and Woody Harrelson as Carnage in "Venom: Let There Be Carnage." If there's one thing that movies with "Spider-Man" characters have taught us, it's that having an alien symbiote attach itself to you leads to memorable hair.

Who could forget Grace's frosted hair, or Harrelson's original red wig in "Venom?" Grace also had fangs, even when it was just his human face. You might say he really sunk his teeth into the role.

Read this next: Spider-Man Movies Ranked From Worst To Best

The post The Worst Spider-Man Movie Villain, According To Our Survey appeared first on /Film.