Surviving the Pandemic: So We’re on Our Own. What to Do? 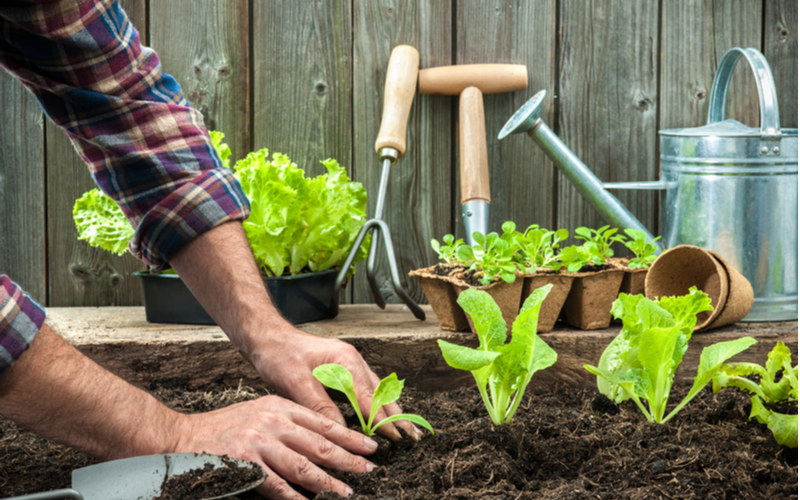 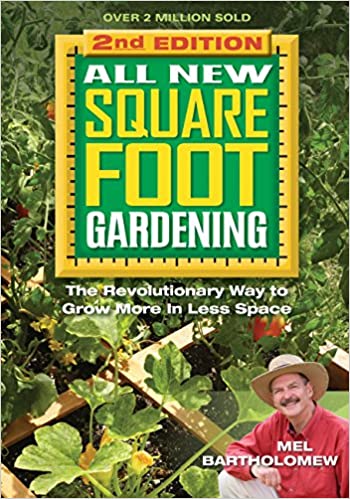 Buy it on Amazon.

New York City and its suburbs account for roughly 5 percent of global cases. According to the profile of likely victims, I’m a prime target. I’m 70+. And I have a pre-existing condition: asthma and a history of spending the winter afflicted by asthmatic bronchitis — a history that ended a year ago, when I began to get monthly infusions of Cinqair ($75,000 per year, blessedly covered by Medicare). Now I’m fine. No inhaler. No nebulizer. So far.

Sixty to eighty percent of us are likely to get at least a mild case of the virus. If I get it, I want to get it late… after the initial rush overwhelms the hospitals. That rush — coming soon to my local hospitals — will lead to triage; the very sick among the aged may be left to die in order to use ventilators for younger patients. Later, when the curve flattens, I’ve got a shot.

I’d have a shot quicker if Trump authorized the Defense Production Act. Lord knows, my Mayor and Governor have begged him:

Cuomo said the Trump administration must “order factories” to make “essential supplies” and invoke the Defense Production Act as soon as possible, calling it the “difference between life and death.”
New York Mayor Bill de Blasio announced Sunday that there are now 8,000 cases in his city, with 60 deaths. He pleaded with Trump to deploy the military to the nation’s financial capital, home to more than 8 million people.
“April is going to be a lot worse than March, and May could be worse than April,” de Blasio said.

Instead, Trump boasted about Hanes volunteering to make masks. Fact check from the Times:

Anderson Warlick, the chief executive of the textile company Parkdale Mills, said Mr. Navarro had called him early last week to ask what the company could make. By Saturday, Parkdale Mills joined Hanes, Fruit of the Loom and other companies in announcing a coalition to produce masks.
But they are not the kind hospitals most need. The new masks will be made of a three-ply underwear fabric, and do not provide the level of protection given by the N95 masks that health care workers need for intubation and other procedures.
“It’s not something you’re going to wear in the operating room,” Mr. Warlick said of the companies’ mask. “But you’ve got people out there today — it’s kind of pitiful — wearing bandannas and everything else.”

Factories that make diapers, wipes and similar products have also switched over to manufacture the raw material that goes into N95 masks.
To make that material, industry executives said, it would most likely take three to five months to obtain and install the necessary equipment and begin production.

What’s holding Trump back? Why does he offer to send medical supplies to North Korea when we’re desperately short here?

1) He thinks he’s a hero who’s slandered 24/7 by the media. After the Sunday shitshow, this was his late night tweet: “I watch and listen to the Fake News, CNN, MSDNC, ABC, NBC, CBS, some of FOX (desperately & foolishly pleading to be politically correct), the NY Times and Washington Post and all I see is hatred of me at any cost. Don’t they understand that they are destroying themselves?”

2) If he invokes the production act, he takes personal responsibility for how fast the acute shortages of personal protective gear and lifesaving equipment are addressed. He could no longer can’t brag or bluster his way out of people dying. That’s not his way: “I’m not responsible for anything.”

3) There are fortunes for his cronies to make if the Senate gives Mnuchin $500 billion to spend any way he wants — in secret. And yeah, some of that money would go to… Trump. Would his hotels accept government money in a bailout? He wouldn’t answer. That meant: yes.

4) Hundreds of thousands of blue state New Yorkers would get sick and maybe die? For Trump that’s the definition of “a good start.”

While I’m at it… Bernie Sanders. He didn’t vote on the Coriolanus bill — he wasn’t in Washington. Ditto on March 5 for the first vote.

While I’m at it… Joe Biden. “Ever since his commanding victories against Bernie Sanders in Florida, Illinois and Arizona, Biden has made no public appearances or statements.” That changed today.
There it is: Democrats in the House and Senate and maybe Biden still remember we’re out here. And governors and mayors. And, of course, health care workers.

Just as you feared: we’re on our own.

By now we know the drill. Don’t sleep all day. Make your bed first thing. Bathe and shave. Don’t binge all day. Drink and get high “responsibly.” Get outside and walk. And above all… no social life.

This is the ideal of the daily life of a Buddhist monastic, as described by Thich Nhat Hanh.

1. Guard the morning (and start it gently). Train yourself to begin the day with a few gentle breaths and a smile, *before* even getting out of bed (or checking the phone). Make the vow to live every hour of the day deeply, with compassion.

2. Savor your tea or coffee, slowly and reverently, as if it is the axis on which the earth revolves. Follow your breathing, relax the body, look out the window, listen to your heartbeat (this is nothing less than meditation).

3. Enjoy every step of breakfast-making. Life is made of small moments. There is nowhere to hurry to, nothing to get done. This is it! Enjoy the presence of your loved ones, and the wonder of having enough to eat.

4. When you’re ready to work, work. Free yourself from distractions, and cultivate one-pointed mind. But don’t forget to take care of your body while at the computer! Set a bell to sound so you can stretch every 30 minutes or so.

5. Take time to walk in mindfulness. If you can go outside and get in touch with nature, wonderful. If you’re indoors, no problem: you can practice slow walking meditation, a powerful way to release tension and anxiety.

6. Take a nap after lunch for 20 minutes, or practice deep relaxation (body scan) while lying down. Even just 10 or 15 minutes of releasing tension can set you free and refresh you before you keep working.

7. Nourish yourself. Nothing can survive without food. Fear, anxiety and despair may be “fed” by what we read, see and hear. Likewise, our compassion, trust and gratitude can be fed by choosing inspiring books, music, audio & conversations.

8. Sweat every day. In our practice centers the monastics do physical exercise or sport every day. It’s essential to circulate our energy, stay healthy, and release tension and feelings that are stored in every cell of our body.

9. Reach out to loved ones. Let them know you are there for them. Ask what their deepest hopes and fears are. Write them a love letter. Forgive those who need forgiving. Do not miss this stark opportunity to heal wounded relationships.

THREE INSPIRING MINUTES
The Rotterdam Philharmonic teamed up with a Dutch healthcare provider to film the finale of Beethoven’s 9th with all the musicians playing their parts by video from their homes.
DO NOT MISS THE LAST MINUTE.

“To plant a garden is to believe in tomorrow.”
–Audrey Hepburn

There are two terrific books.

A friend marooned in Colorado — lucky her! — just bought a broadfork. A what? It turns out all the cool gardeners use them.

Here’s the junior version: Radius Garden Ergonomic Carbon Steel Digging Fork. “The O-handle grip has four times the gripping surface of a D-handle grip, conforming naturally to the shape of your hands and allowing a secure two-handed grip always.” (To buy it from Amazon, click here.)

And the serious version: Bully Tools Broadfork with Fiber Glass Handle. “The 20-inch by 11-inch head has 5 steel tines that are great at breaking through densely-packed soil.” (To buy it from Amazon, click here.)

And for active and armchair gardeners… a book: The Gardener Says: Quotes, Quips, and Words of Wisdom.

CHEAP SHOTS FROM THE CHEAP SEATS
– “The quarantine is revealing how many of my friends apparently have a place upstate and have never invited me.”
– Bill Maher: “Now that I’ve been home alone for a week, can I touch my face? I mean, if touching body parts spread it, my dick would have gotten it by now.”
– “Imagine surviving all this unprotected sex only to die from an unprotected hand shake.”

THE DAILY POEM
“The Young Watch Us,” from The Selected Poems of Donald Hall

The young girls look up
as we walk past the line at the movie,
and go back to examining their fingernails.
Their boyfriends are combing their hair,
and chew gum
as if they meant to insult us.
Today we made love all day.
I look at you. You are smiling on the sidewalk,
dear wrinkled face.

AN ACTUALLY FUNNY TRUMP JOKE
President Trump calls the Head of the CIA and asks, “How come the Jews know everything before I do?”
The CIA chief replies, “The Jews have this expression — ‘Vus titzuch.’”
The President asks, “What does that mean?”
“Well, Mr. President,” replies the CIA chief, “it’s a Yiddish expression that roughly translates to ‘what’s happening’. They just ask each other and that’s how they find out about everything.”
The President decides to go undercover to determine if this is true. He dresses up as an Orthodox Jew, wearing the traditional black hat, beard, long black coat — the whole schtick.
The President is secretly flown in an unmarked plane to New York, picked up in an unmarked car, and dropped off in Crown Heights, Brooklyn’s most Jewish neighborhood.
Soon a little old man comes shuffling along.
The President stops him and whispers, “Vus titzuch?”
The old guy whispers back, “That schmuck Trump is in Brooklyn today.”

THE FINNS ARE THE HAPPIEST PEOPLE
Why? Consider a book: Finnish Nightmares: An Irreverent Guide to Life’s Awkward Moments. In one pertinent drawing, someone looks through the peephole of his/her apartment’s peephole. Caption: “When you want to leave your apartment but your neighbor is in the hall.”

Originally Published on The Head Butler

Sign up for our Writing Prompts email to receive writing inspiration in your inbox twice per week.

We have pioneered the largest worldwide conversation about what it means to be a good man in the 21st century. Your support of our work is inspiring and invaluable.

The post Surviving the Pandemic: So We’re on Our Own. What to Do? appeared first on The Good Men Project.