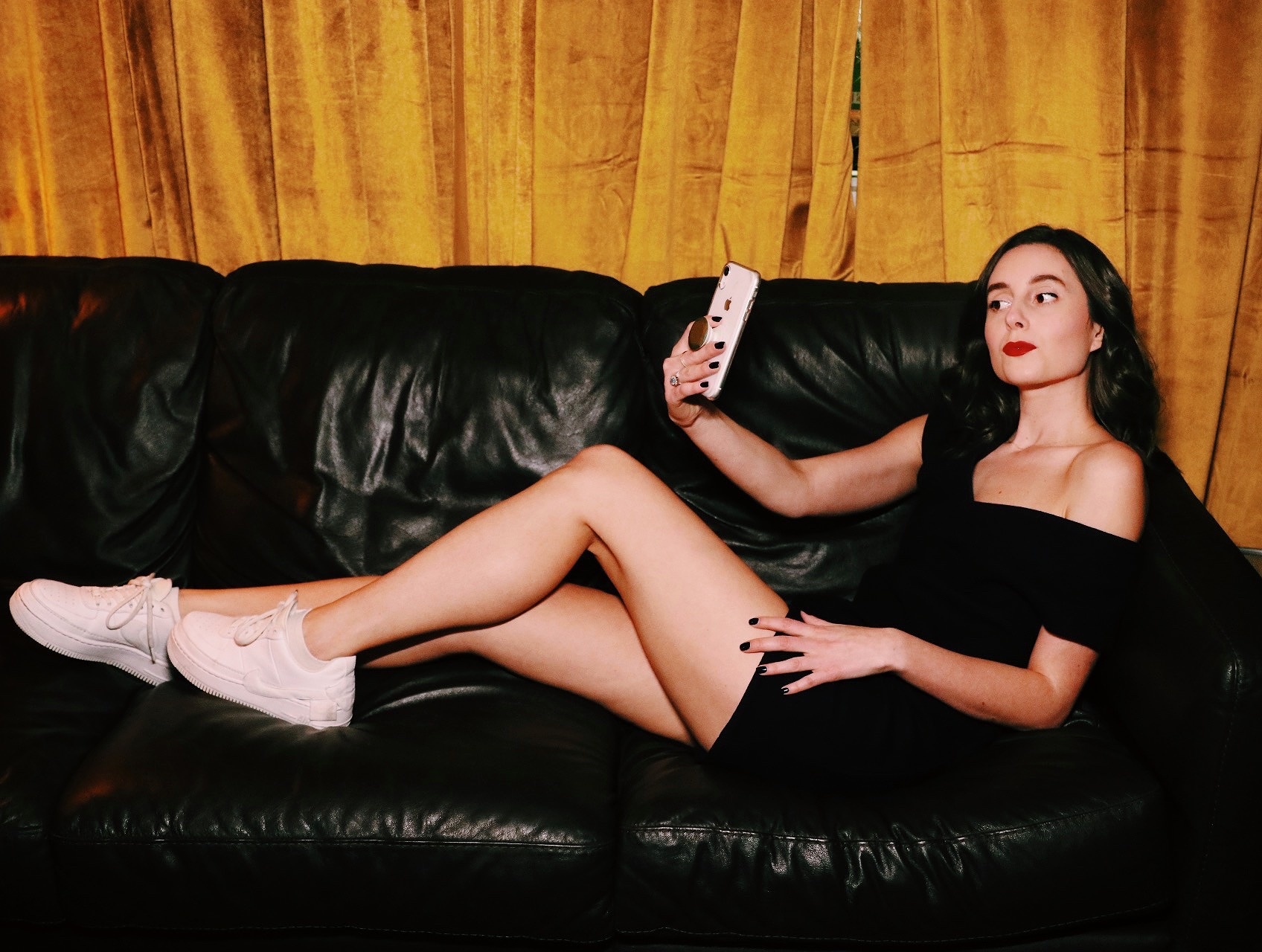 "Do you think there's a fuckboy in all of us?" I ask Mary Beth Barone the day after seeing a New York performance of her Tinder-era comedic brainchild, Drag His Ass: A Fuckboy Treatment Program. Her answer is ready before I even finish the question: "I do."

The 28-year-old comedian has a pretty clear-cut idea of what constitutes fuckboy behavior, but as demonstrated throughout her multi-comic showcase which is selling out venues nationwide 21st century playboys come in a variety of unfortunate shapes, sizes, and declined FaceTimes. The all-star lineup at her Chelsea Music Hall show (Benito Skinner, Aminah Imani, George Civeris, and Alex English) failed to come up with a single definition. But the cast agrees fuckboys exist across gender and sexuality, nearly always conforming to millennial dating stereotypes like drunk hookup sex, split checks and slow-burn ghosting.

"Almost a year ago, probably a year and a half ago, I decided that I didn't want to sleep with fuckboys anymore and I was really going to make an effort to change my ways," Barone says of her journey leading up to the creation of Drag His Ass, the show and the popular accompanying meme account. "So I decided to buy a whiteboard." 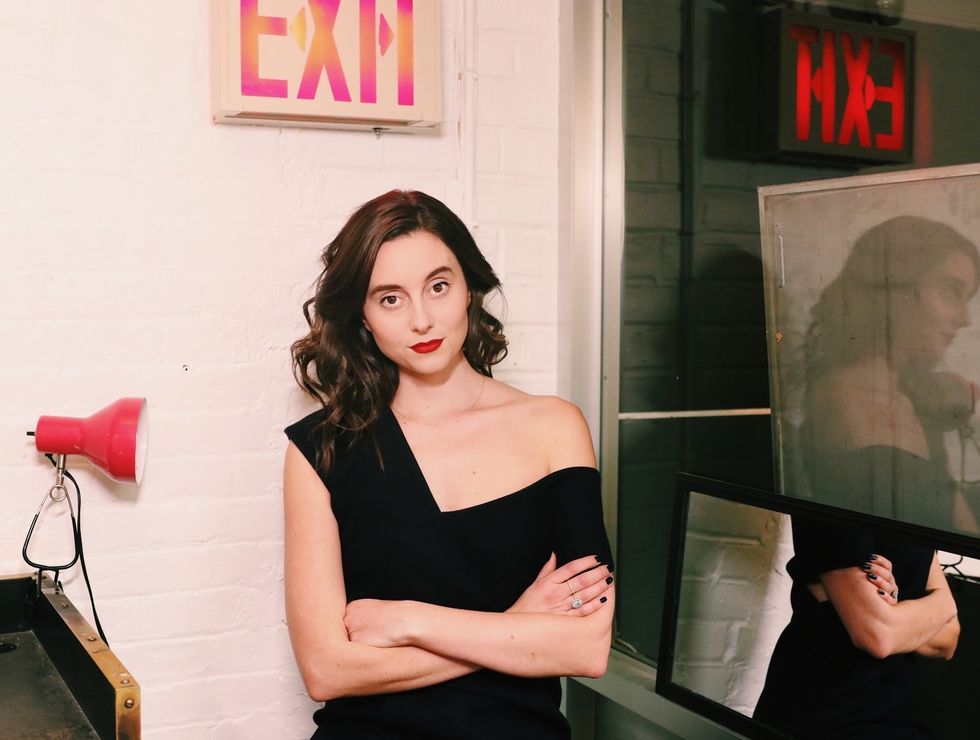 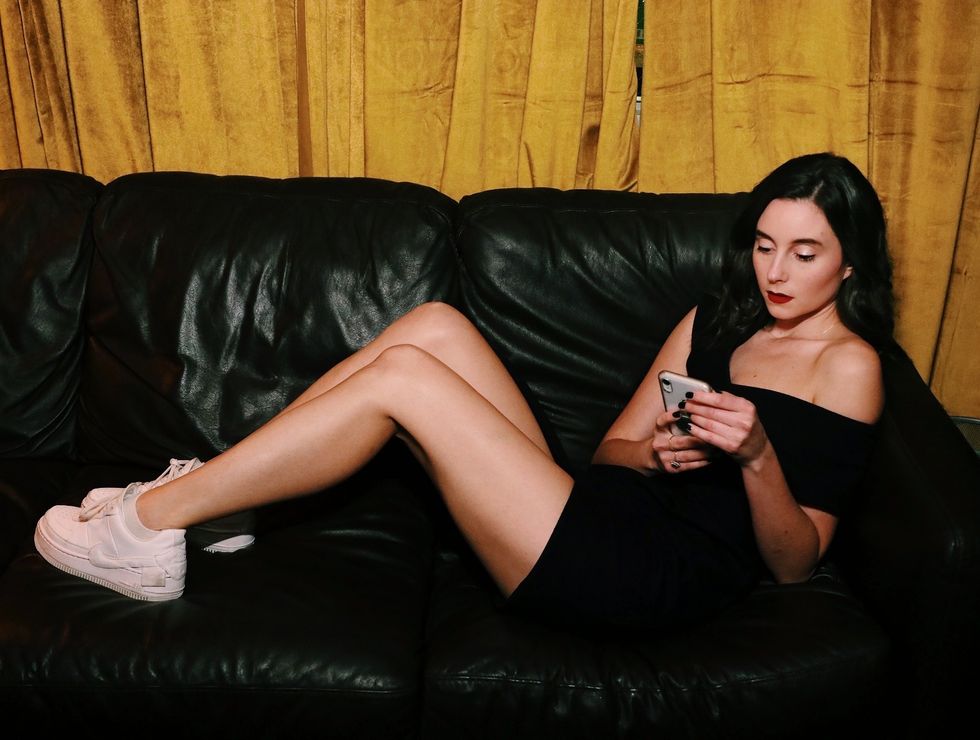 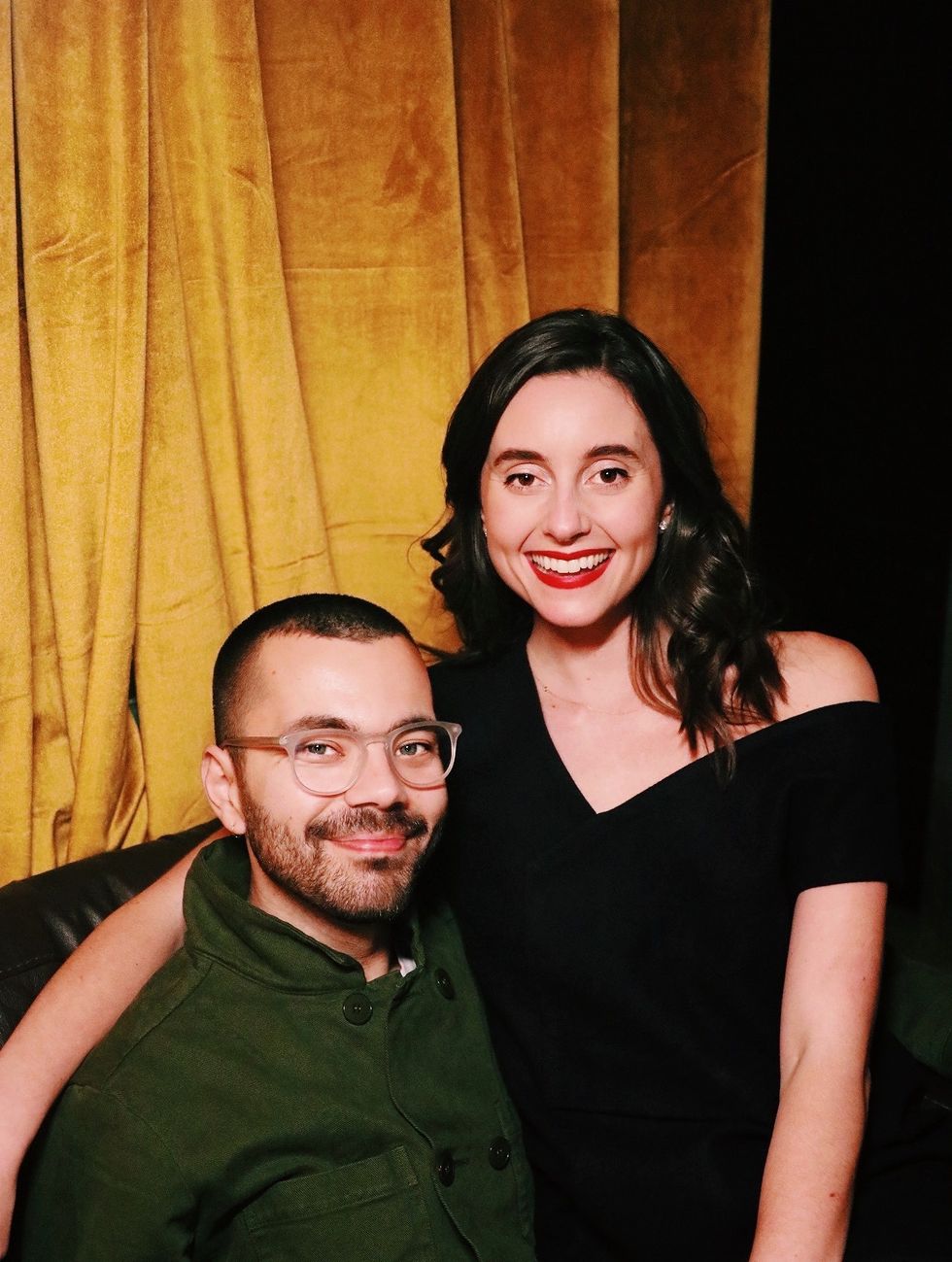 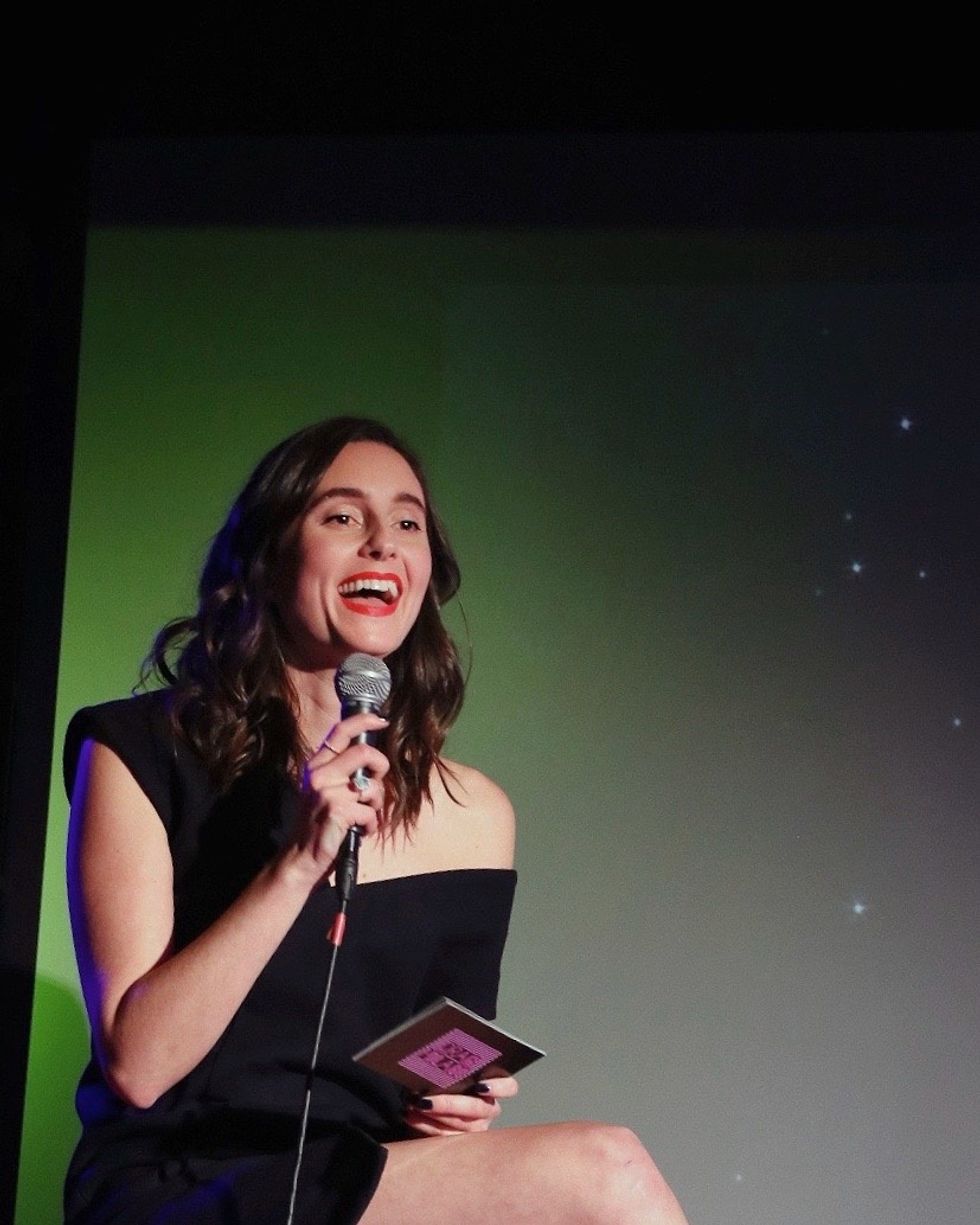 Like an industrial safety notice board for her sex life, Barone began tracking her "days fuckboy free" and posting occasional updates to her social media. After 69 days a true feat in womanizer-concentrated downtown Manhattan she made an additional resolution. "I was like, 'I'm going to do a live show where I invite other comics to come on and talk about their experience with fuckboys, and I can talk about my treatment program and my six-step process.'" From there on out, a fuckboy relapse was just good comedic timing. Her misadventures in dating were about to get a whole lot more public.

Largely comprised of funny anecdotes straight out of Barone's dating life in real time, Drag His Ass also features a roster of rising comics who tell of their own romcom-reject relationships. The first ever show at Union Hall sold out, and the audience was mostly women. "It felt like a really positive environment. It was cathartic, almost," Barone recalls.

Related | Are We Human? Or Are We Fuck Boys?

As the show's popularity grew, so did Barone's vision for its core concept as she transferred its homebase to Chelsea Music Hall. The Fuckboy Redemption, which now forms the show's grand finale, is Barone's attempt to both cure a self-proclaimed fuckboy and alleviate a sense of pessimism in the audience about the current dating climate. For her most recent Redemption, Barone had her first female fuckboy, Alex, join her for an onstage diagnosis. (The show's first redeemed fuckboy was Bravo star Carl Radke.) Through iMessage evidence and drunken self-testimony, Alex revealed to Barone her unabashed booty call habits and her hopes for a more stable future followed by a spiritual cleansing from Benito Skinner dressed as Jesus.

A lot of live shows have Instagram accounts, but Barone's show was a natural fit for social media. "There's so many just memes and tweets about dating," she says. She had no expectations of viral fame, but Drag His Ass now has over 20,000 Instagram followers, a loyal faction of which line up to sell out the shows that first spawned the account. The page is now integral to the live show, creating the sort of "phygital" content play of marketers' dreams: audience submissions.

These submissions can be as touching as they are humorous. "Oh gosh, honestly every single one I read my jaw is on the floor," says Barone of the stories she gets sent. "People are hurting and it's really difficult. Making light of it is a good way to begin the healing process and just have it be an open conversation."

Barone's retellings of her own, extremely current, dating horror stories can be just as upsetting. One in particular dealt with a relatively recent romance from fall 2019, chock full of Irish goodbyes and "I'm not ready just yet" excuses, padded with some unfortunately humorous moments. Jokes aside, however, the fresher wounds aren't exactly ready for healing yet. Some of them are still bleeding. 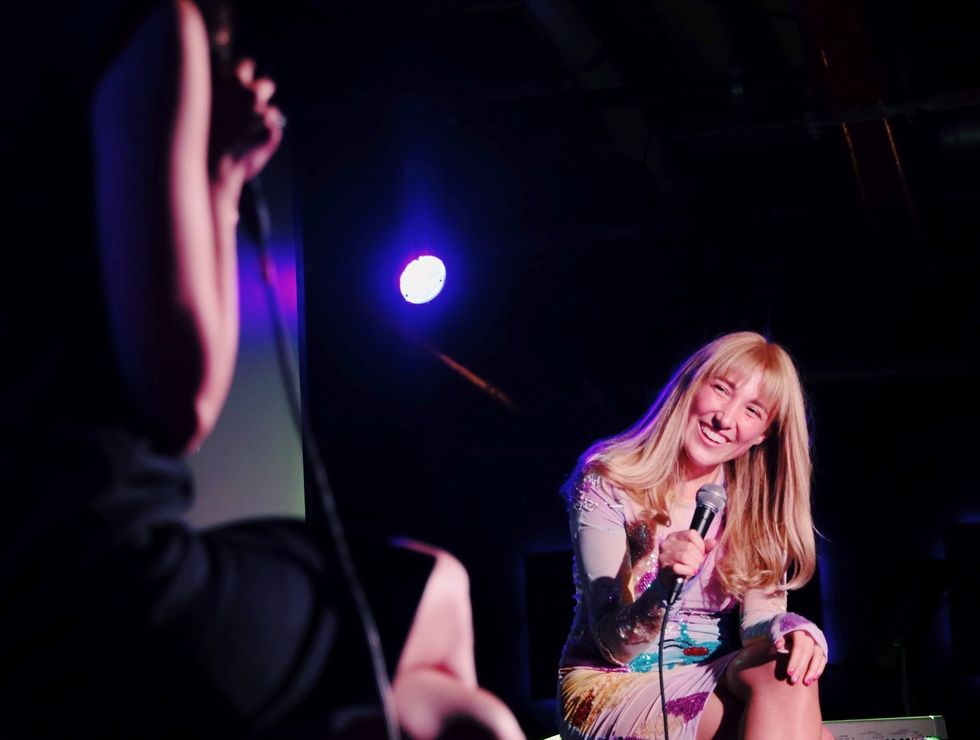 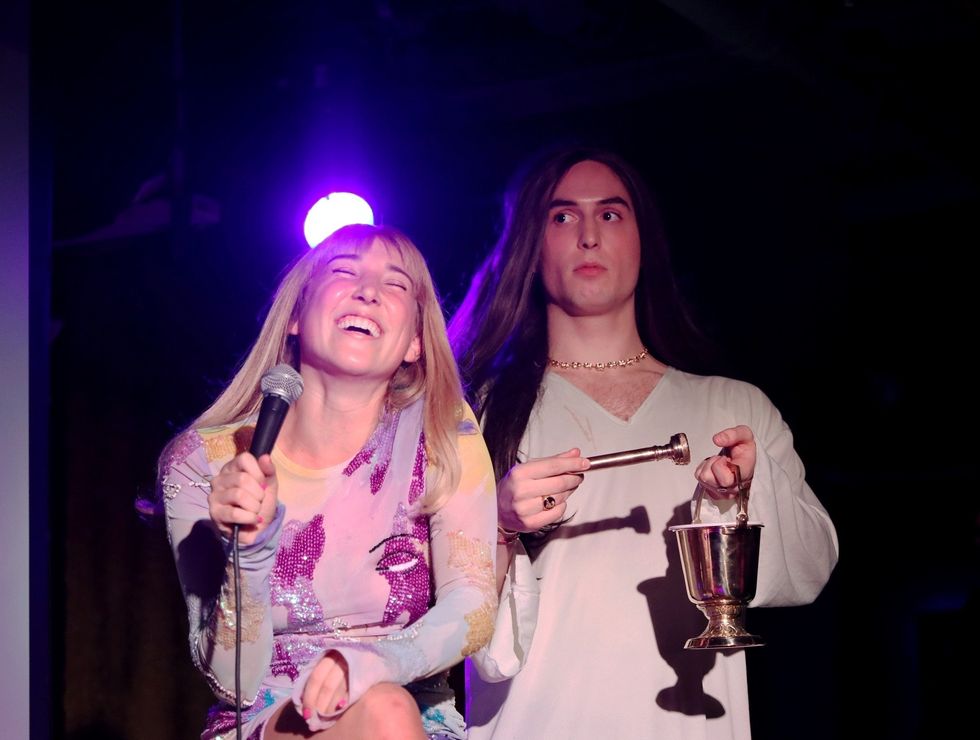 "I think last night honestly felt good because I got pretty upset last week just thinking about how much long-term damage all this has caused me," she says. "I genuinely feel like I have PTSD from being ghosted by guys. It makes it really hard for me to be open and vulnerable.It honestly probably sounds crazy because I'm on stage talking about the most intimate details of my life all the time, but when it's one on one, when it's real intimacy, I am terrified."

Removing romantic nihilism from the equation, one has to wonder what Drag His Ass will become when she inevitably falls in love. Will the show come to an end?

"No way," Barone grins knowingly. "I think it will change my perspective on it because instead of being an active participant in that facet of dating, I'm sure there will be reasons to drag someone I end up with and hopefully they'll be ok with that." 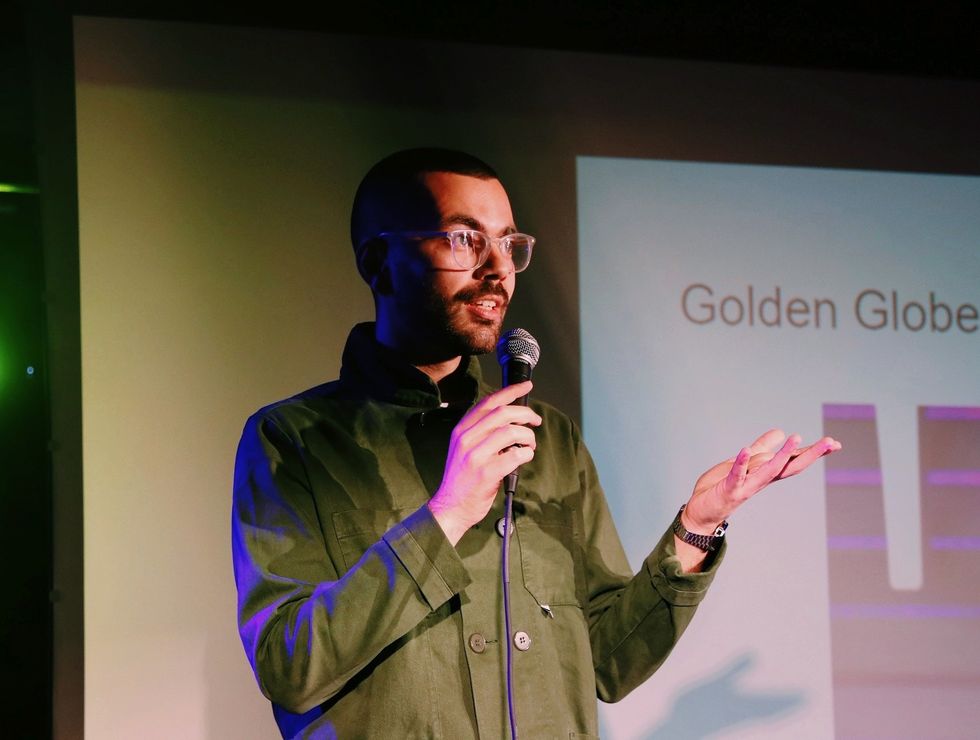 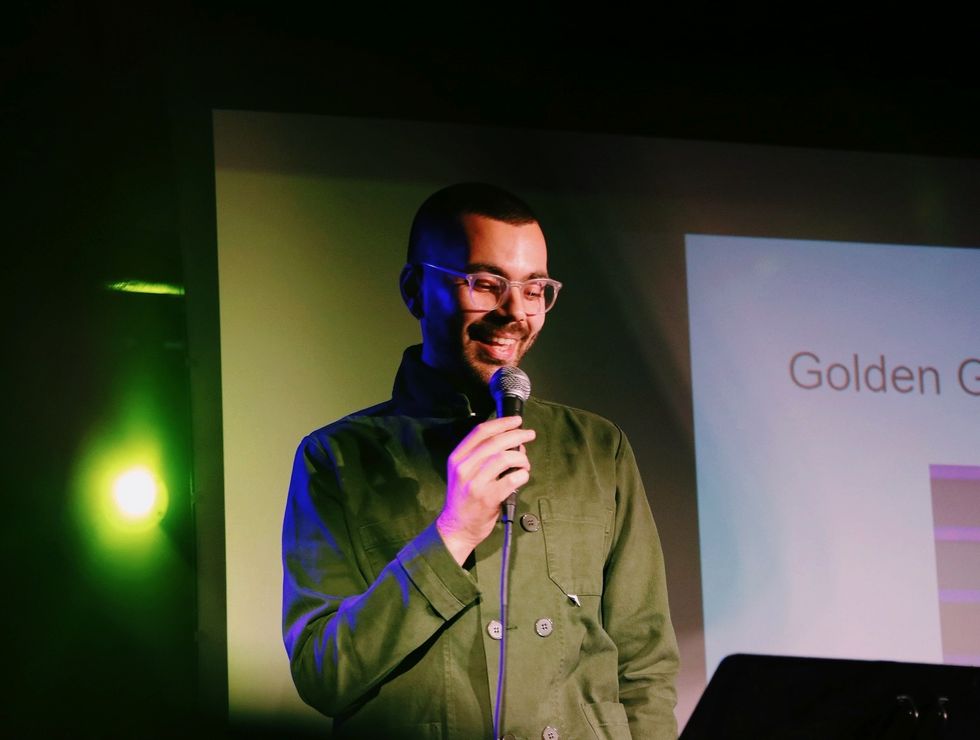 After our interview, I sensed that Barone was feeling heavy with the weight of our conversation. For once, there were no real punchlines. It was just the hard stuff. She emailed me later in the day, clarifying that her hopes for the future are much brighter than she may have initially let on:

I've done a lot of work on myself to feel whole and I finally internalized the fact that I don't *need* anyone else to make me happy. Whoever I bring into my life next, I want them to be additive to my life and not take away from it. If you're going to bring anxiety and chaos into the situation, I don't want you.

Personally, I'd left our conversation feeling optimistic about the outlet Barone has created for her lovelorn fans, some of whom waited patiently to meet her after the show. At its core, Drag His Ass is an event independent of the fuckboys, despite their direct involvement in its production. The actions of lust, love, and poor communication that Barone and her audience are experiencing day-to-day are put on pause. Stories are told, relieved, and sometimes reignited, but they're stationary. That is to say, everyone in the room is leaving their dating baggage at coat check to sit down and enjoy the commonalities of loneliness even if just for one night.