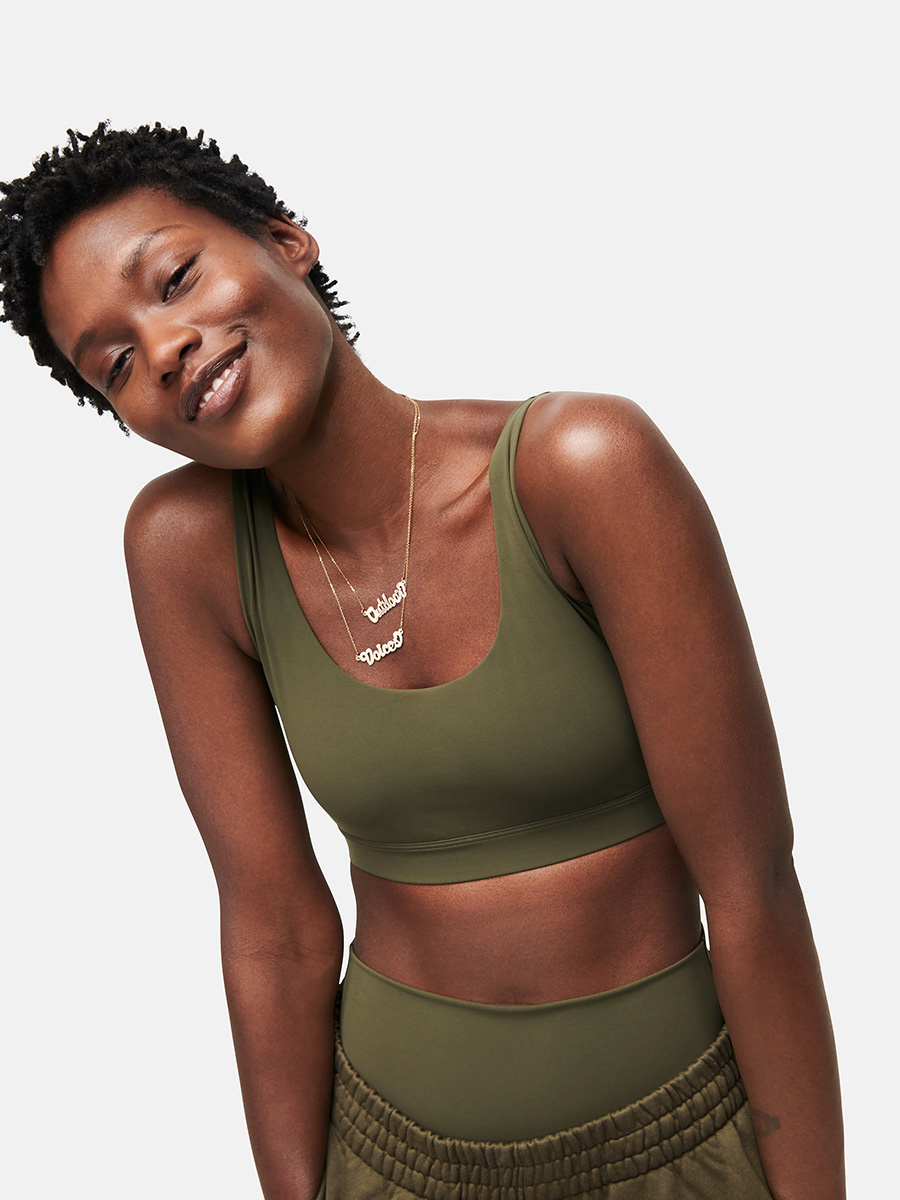 When I picture the rock star St. Vincent, she's not usually wearing compression leggings. Something leopard print, maybe? Or sequinned, or lace. A tracksuit seems wrong, as does a sports bra, unless the sweat-wicking fabric is woven from David Byrne's fine silver hair. It's difficult to imagine Annie Clark shooting hoops or hiking Runyon Canyon; paparazzi photos reveal her toting a yoga mat across the Lower East Side in dark sunglasses, but those could be fake.

STV.OV, the musician's new collaboration with stylish sportswear start up Outdoor Voices, is less jarring when we come face to face on set for her campaign video. A futuristic infomercial directed by Bill Benz, who also helmed her upcoming horror movie The Nowhere Inn, it could easily work as a music visual. Clark is a natural on camera, smoothly delivering her lines and patiently changing positions between takes. "I guess I'm a Hollywood star now," she jokes when we sit down together afterwards. "It's kind of easier than schlepping a bunch of amps around."

Hollywood stars keep in shape, and she immediately breaks with my preconceptions about experimental musicians hitting the gym. Clark did "all the sports" as a kid, and has been active "my whole life." She works with stylists for her theatrical stage looks, but opts for utility over glamour during downtime.

"The last tour I did was so physical that I needed to be doing things like cardio and pilates in order to stand and play guitar for two hours a night," she explains. "I found myself for the past few years just in athleisure by default, like many people in our world. Almost every day of my life includes some sort of exercise." 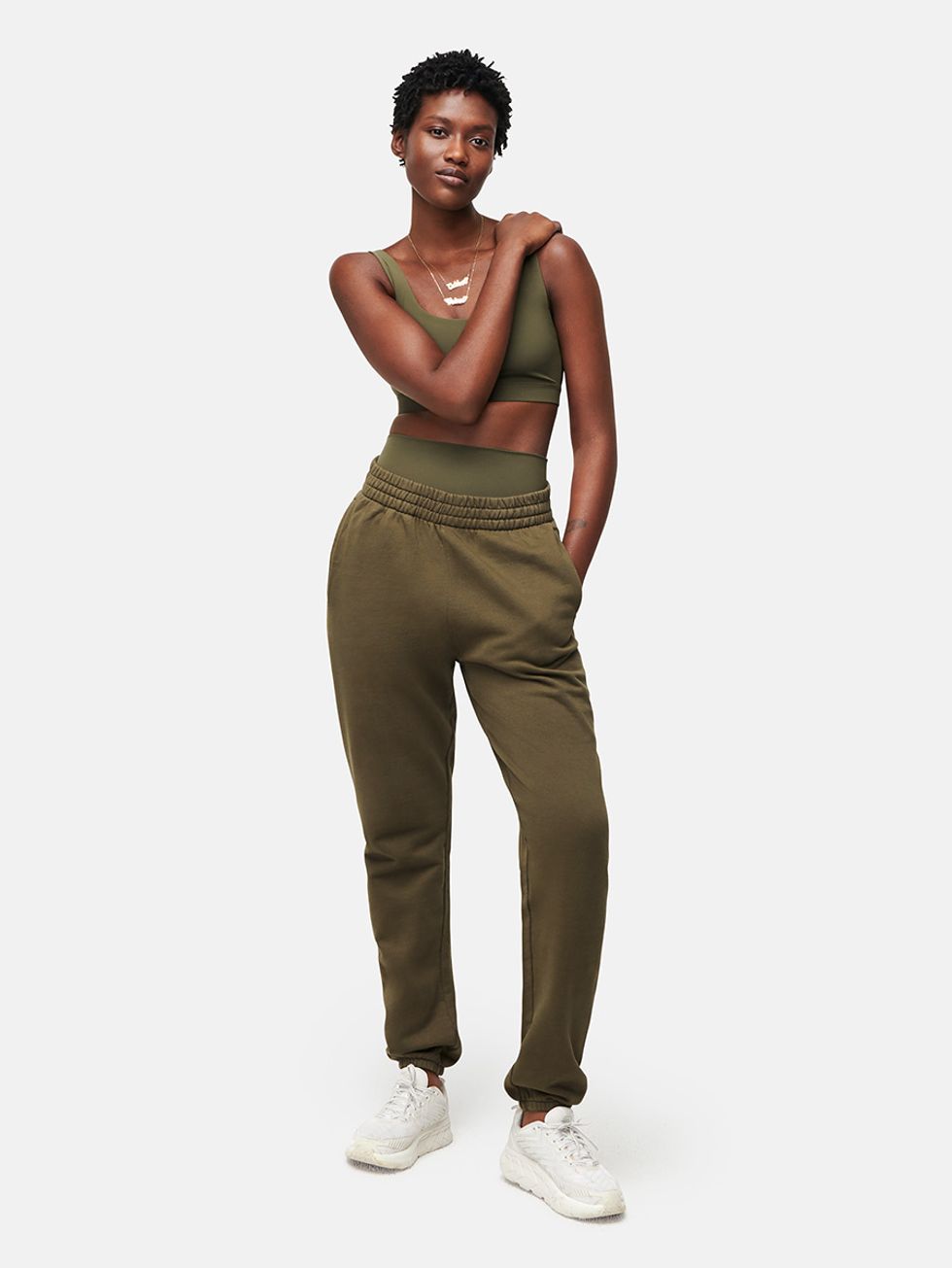 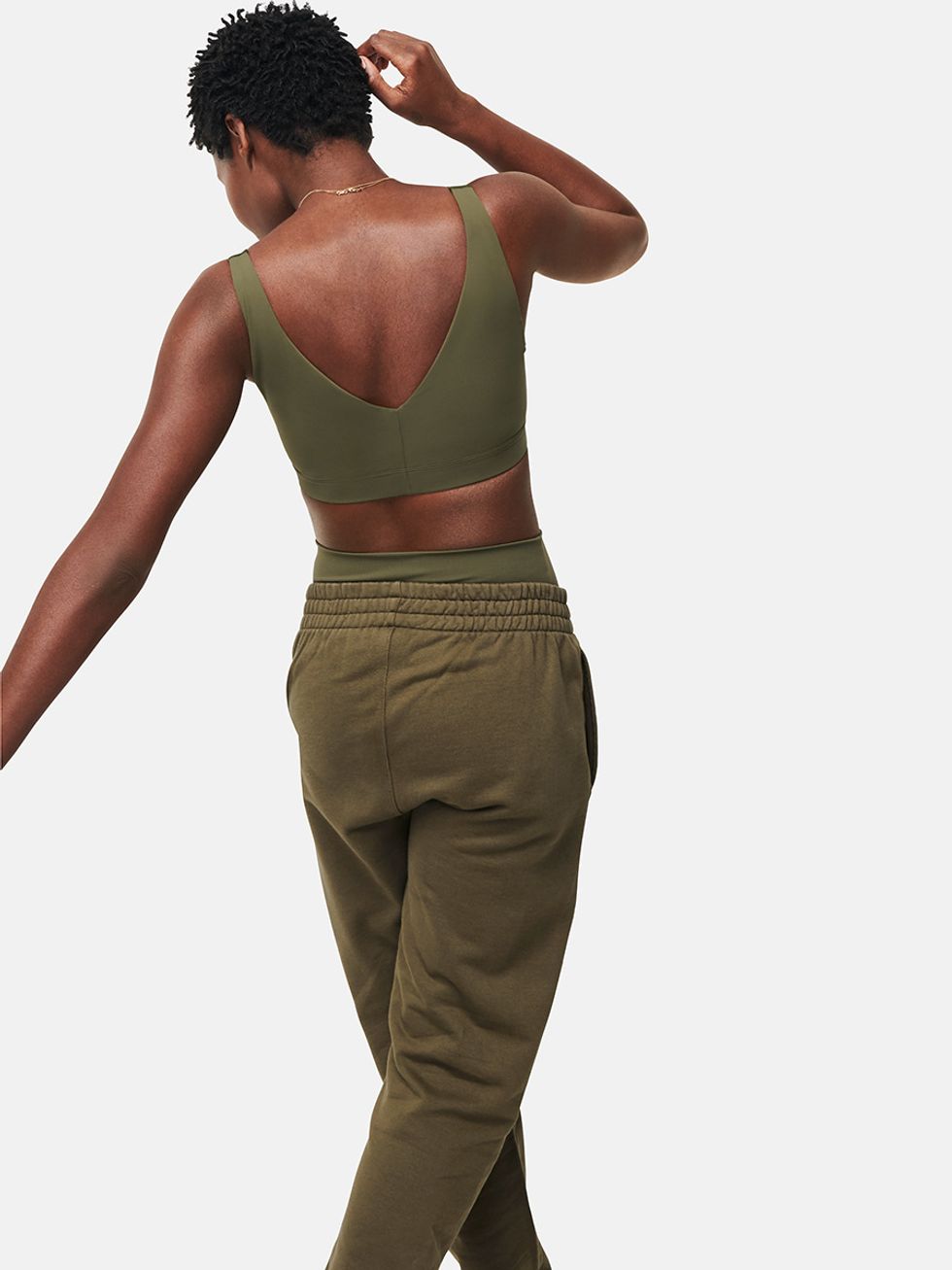 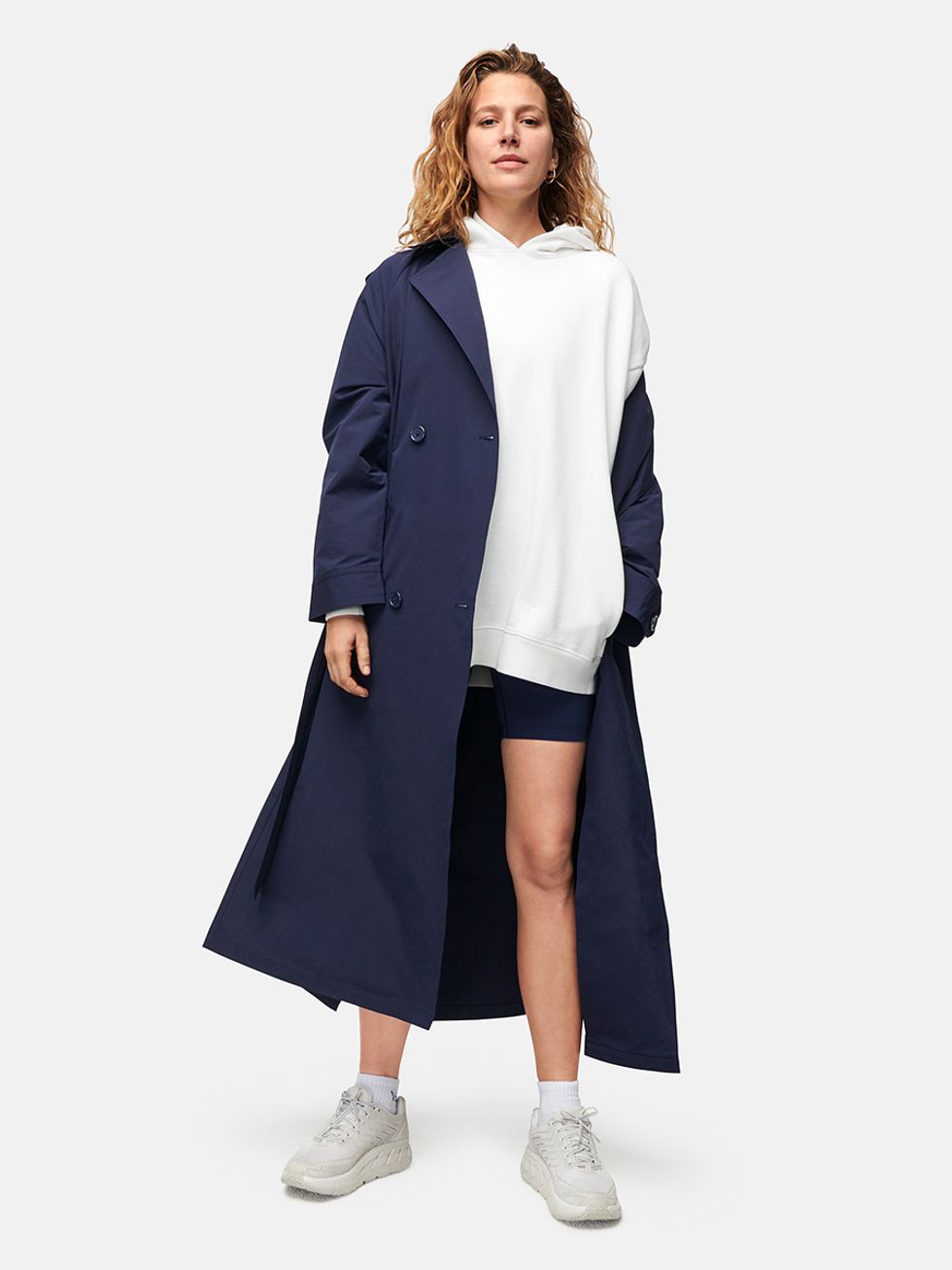 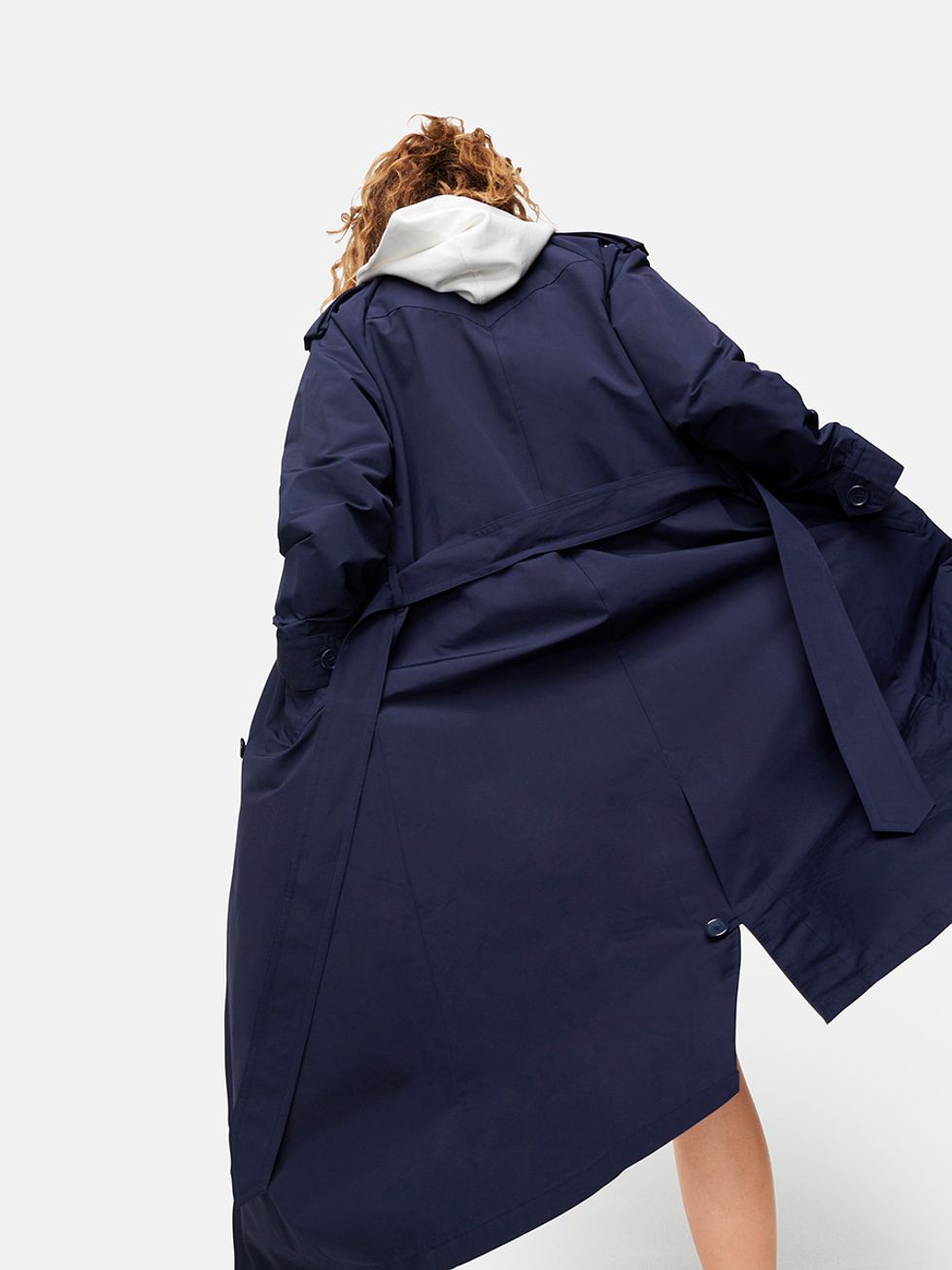 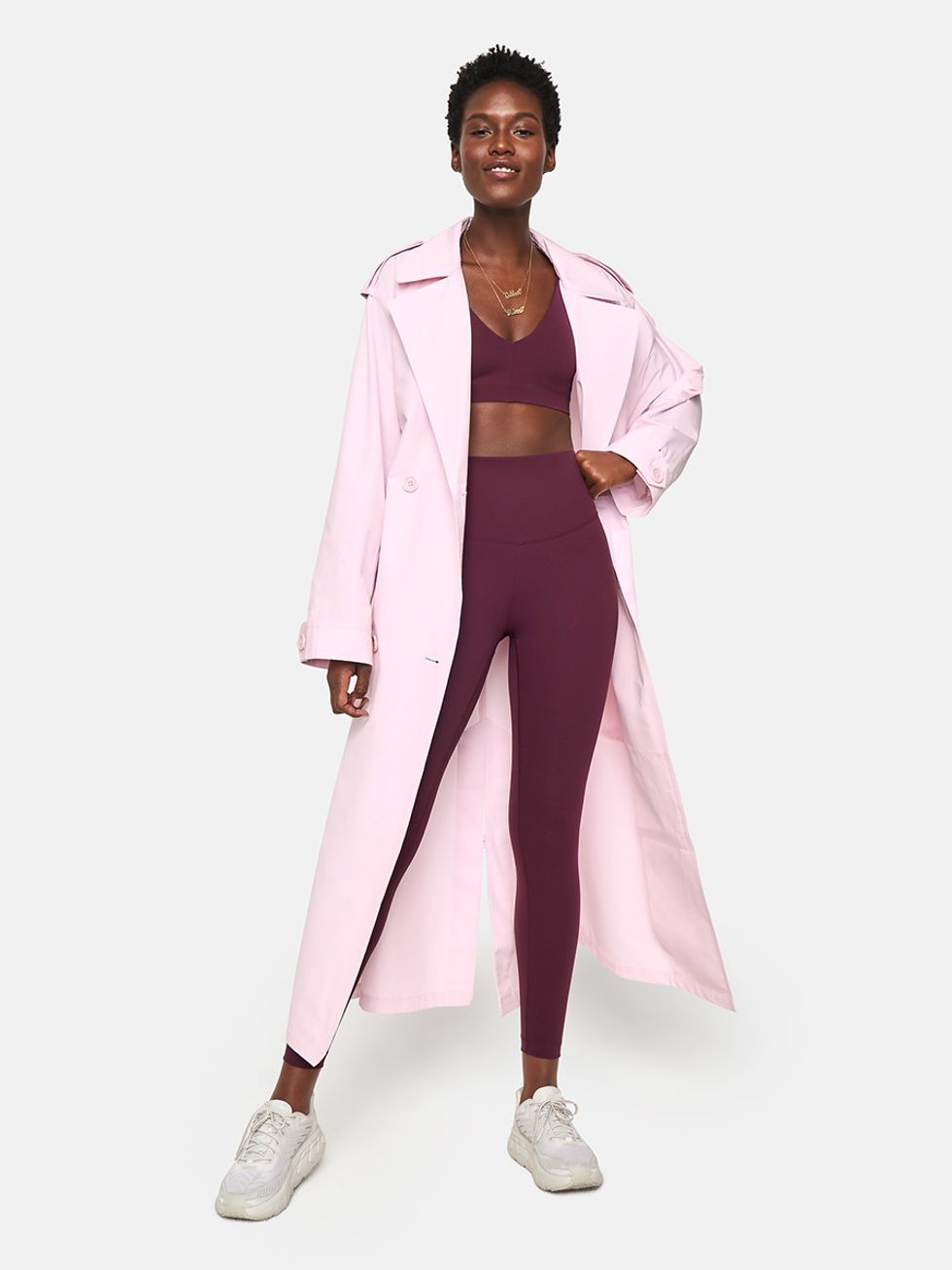 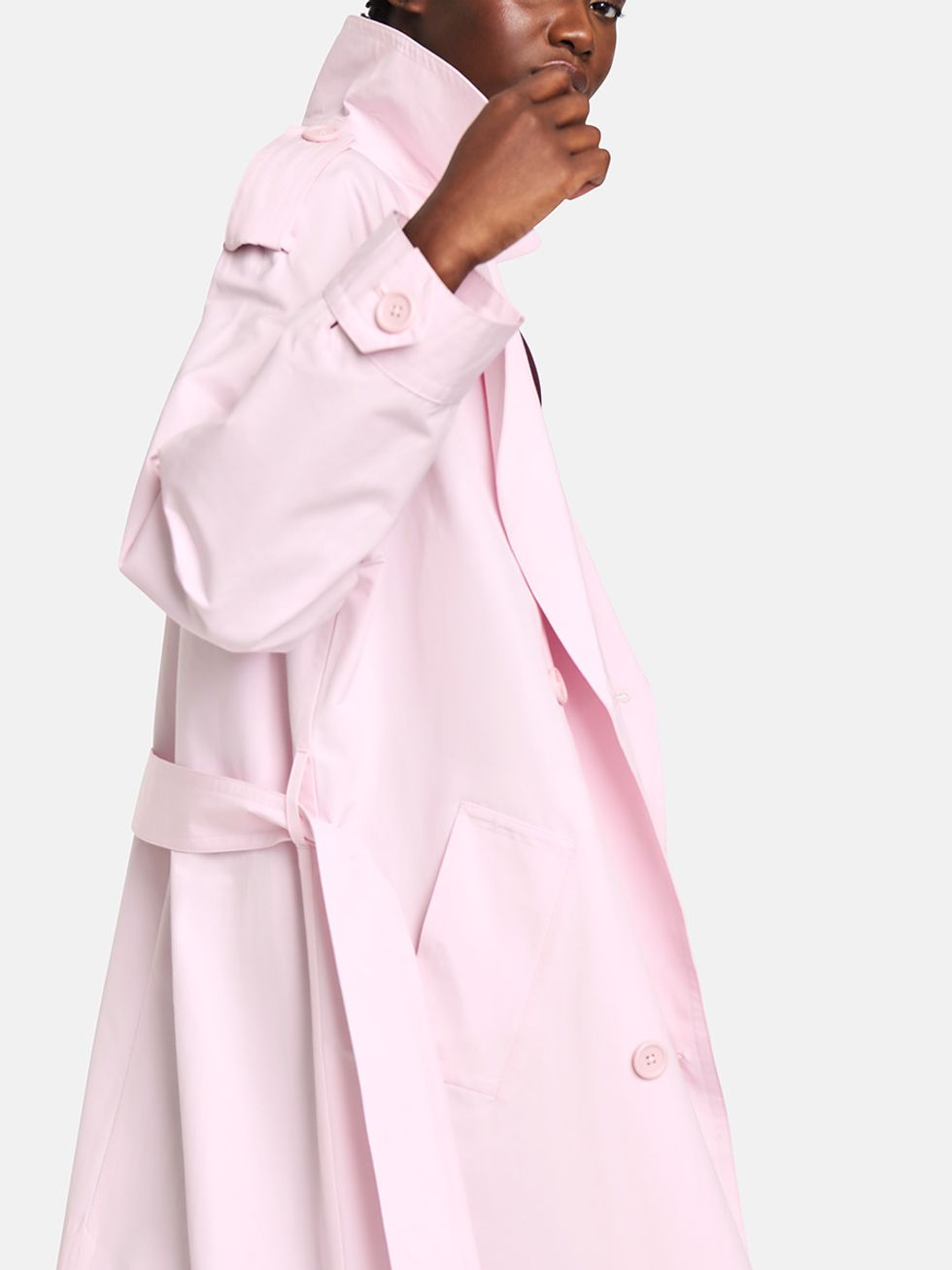 With an eye for design she previously collaborated with Ernie Ball on a signature guitar Clark started keeping a list of things she'd change about her workout gear if she could. Features she'd optimize. "I had a lot of thoughts of how it could be improved," she recalls. "Like, 'this chaffes, or pinches, or gives a horrible camel toe.'" She confesses to having Larry David tendencies; she nitpicks and riffs on everyday inconveniences. As a touring musician she's obsessive about packing and airport rituals, and finds herself continually wondering why things can't just be better and easier.

As it happens, recently departed Outdoor Voices CEO Ty Haney founded her company on this exact premise: that athletic wear could be thoughtfully redesigned with active, though not necessarily Olympics-qualifying, women in mind. The brand, which pointedly avoids using the term "athleisure" in its marketing materials, differentiates itself from competitors with a mix of practical why-didn't-this-exist-already innovations (pockets!) and grid-ready colorways.

Haney and Clark hit it off at a party in Austin last year Clark grew up in Dallas and St. Vincent scored an invite to OV's headquarters nearby. "I saw the operation and it was just like a bunch of really talented women designing clothes," the musician recalls. "It was really one of the only places I can think of that has female designers designing for female bodies. It was just an ambitious and smart group of women, Texas-based, making good work. I was like, 'A-ha! I think I can help here.'"

The result is a capsule of comfortable pieces designed to be mixed and matched: a reversible bra ("I love a two-for-one") with matching high-waisted leggings, slouchy Ariana Grande hoodie, tapered track pants. A soothing color palette of jungle green, navy and maroon is inspired by "a particular hotel in Guadalajara." 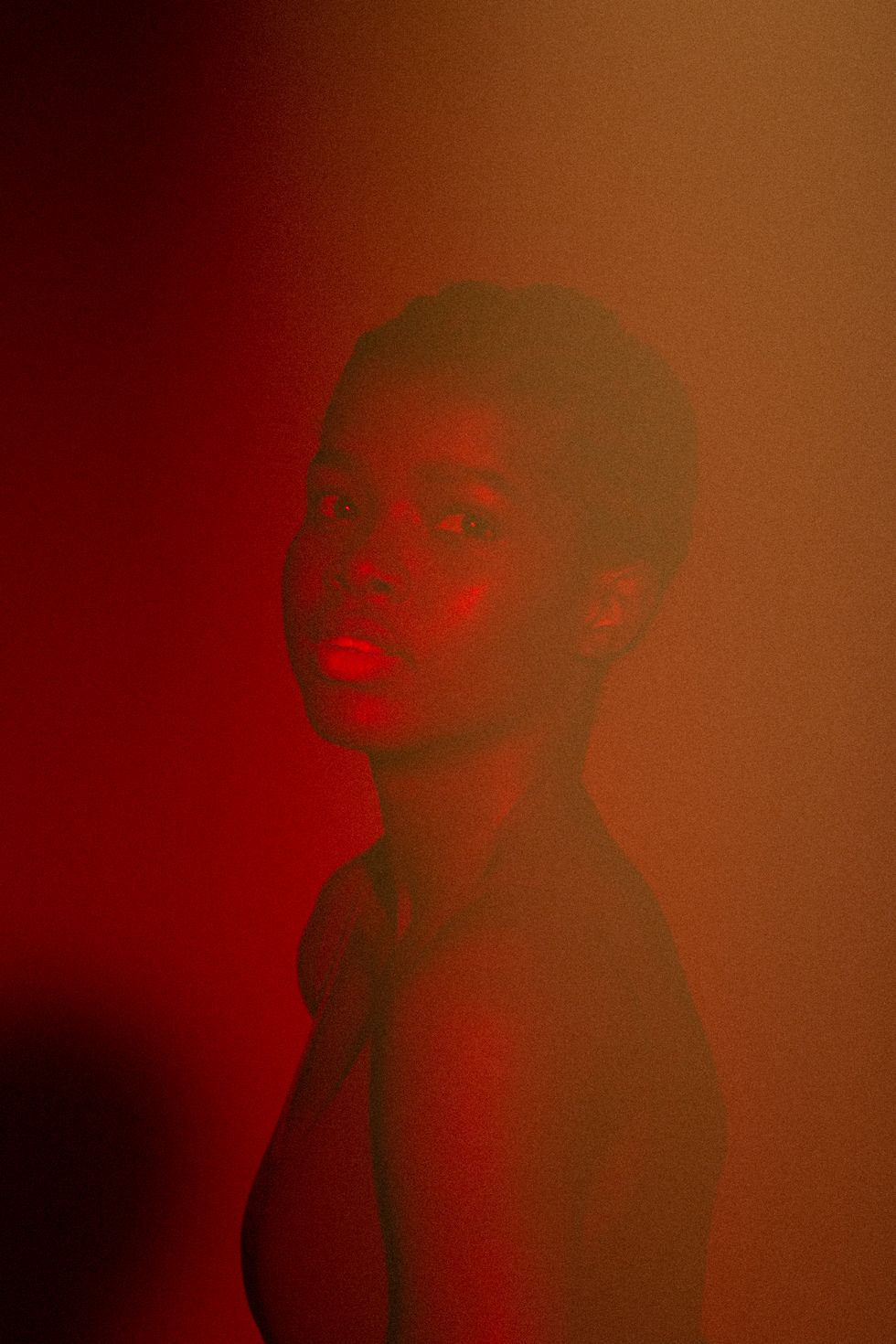 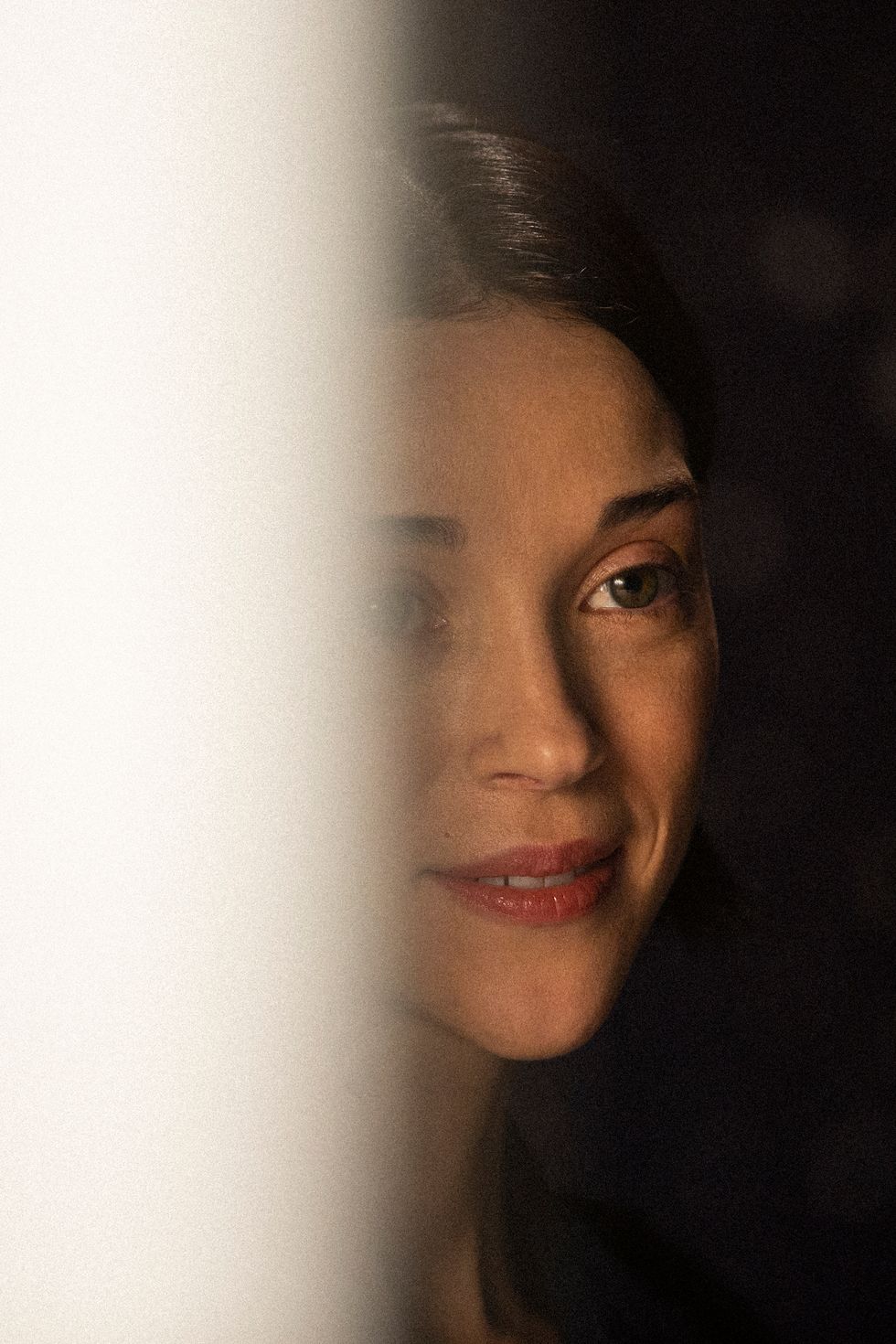 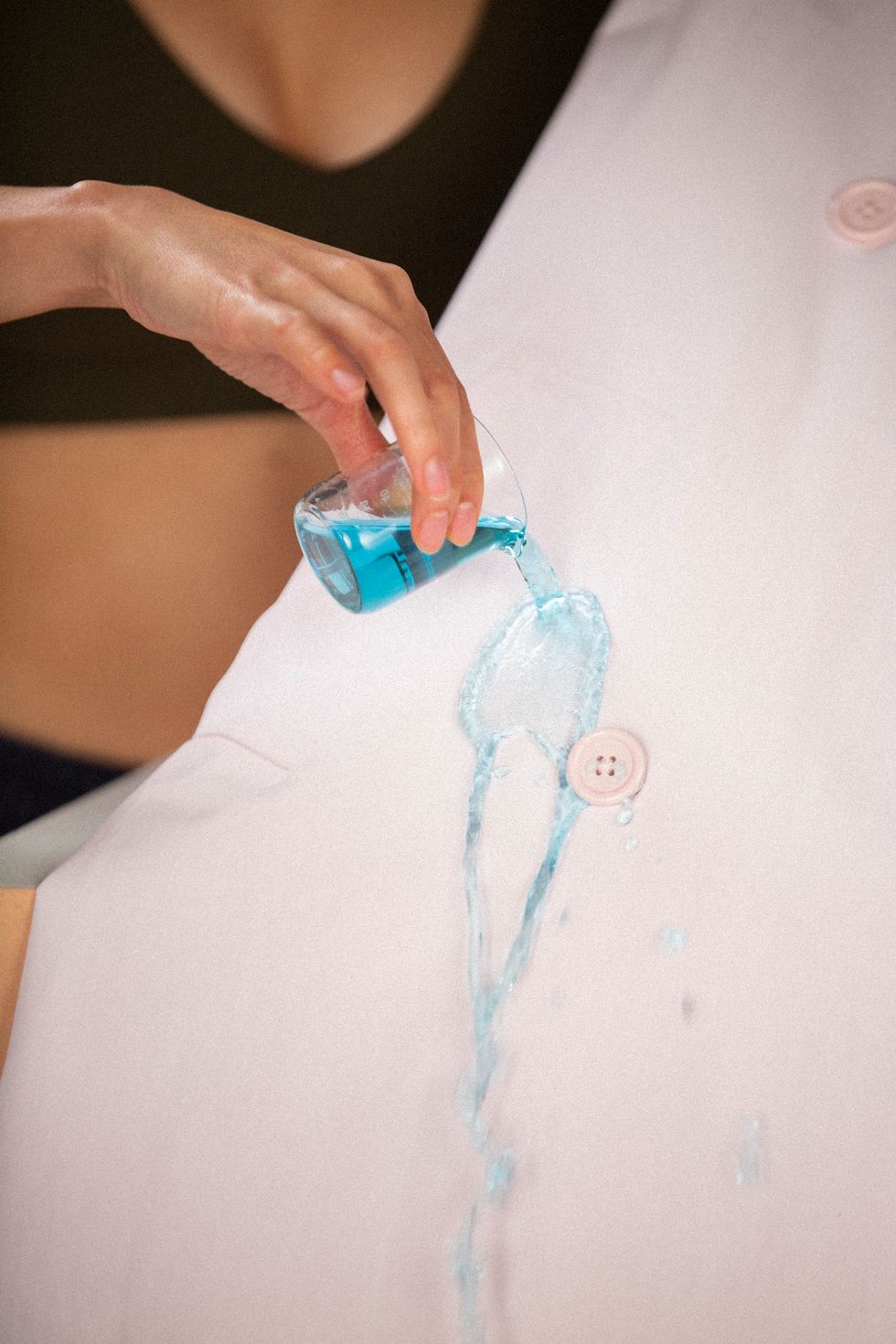 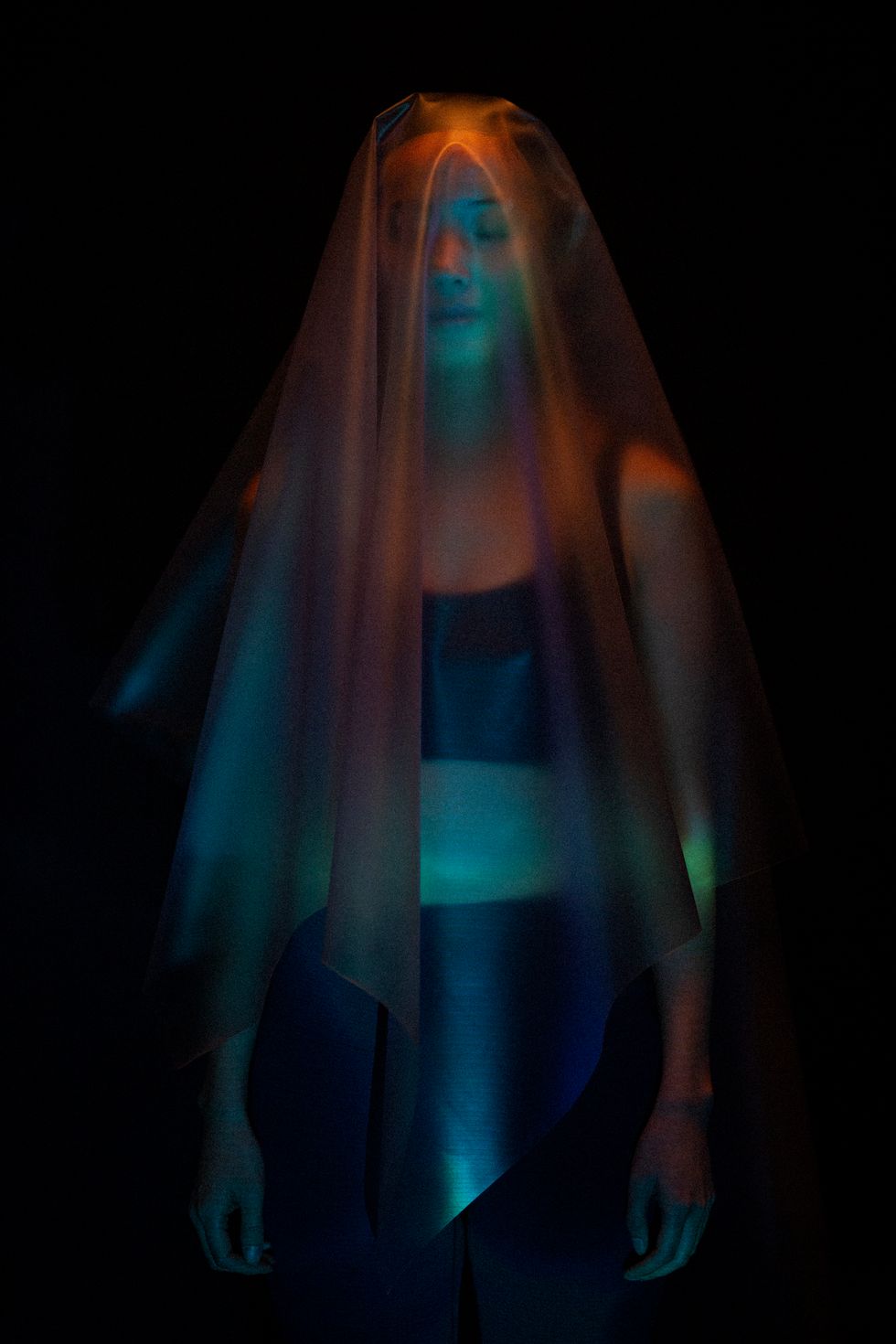 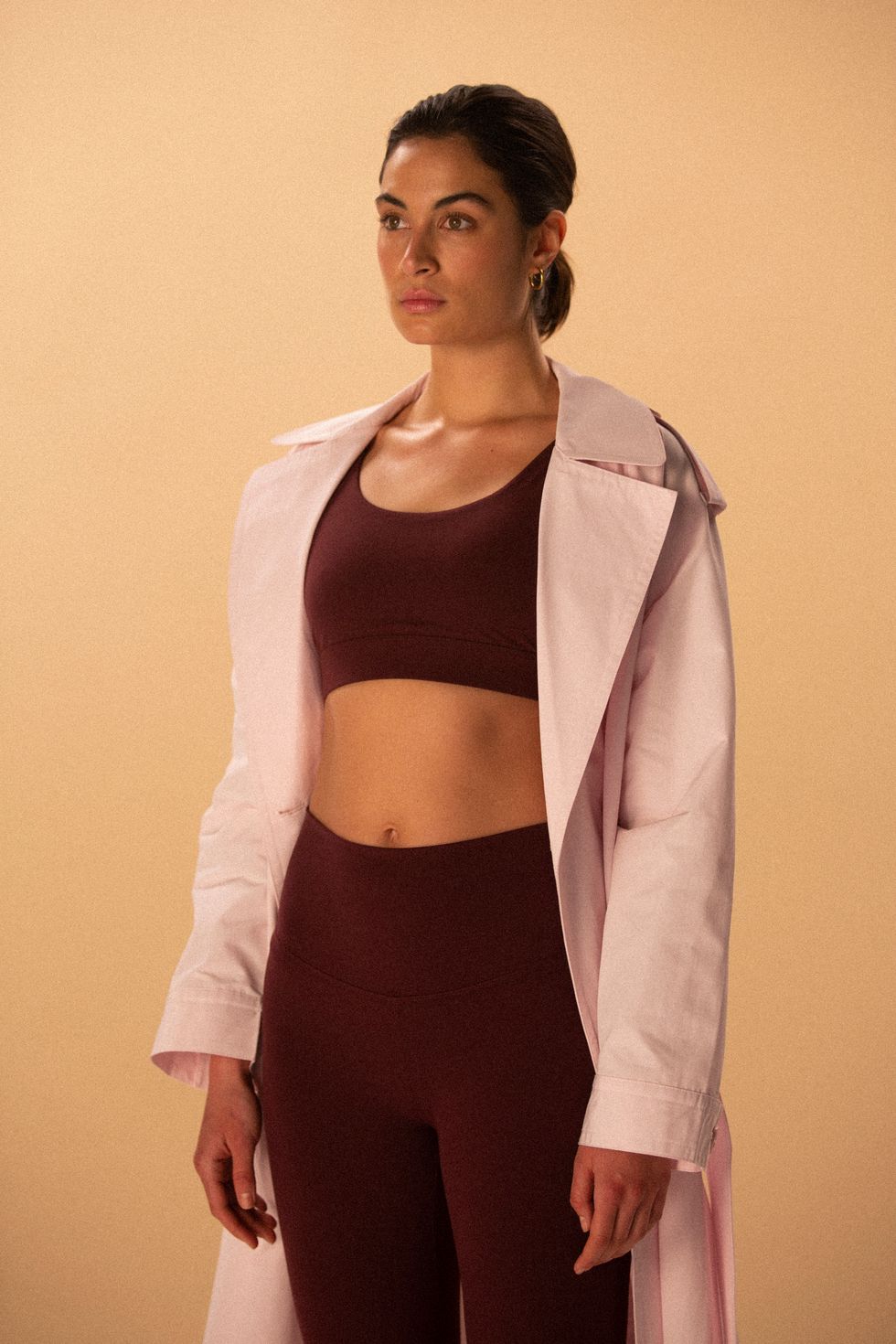 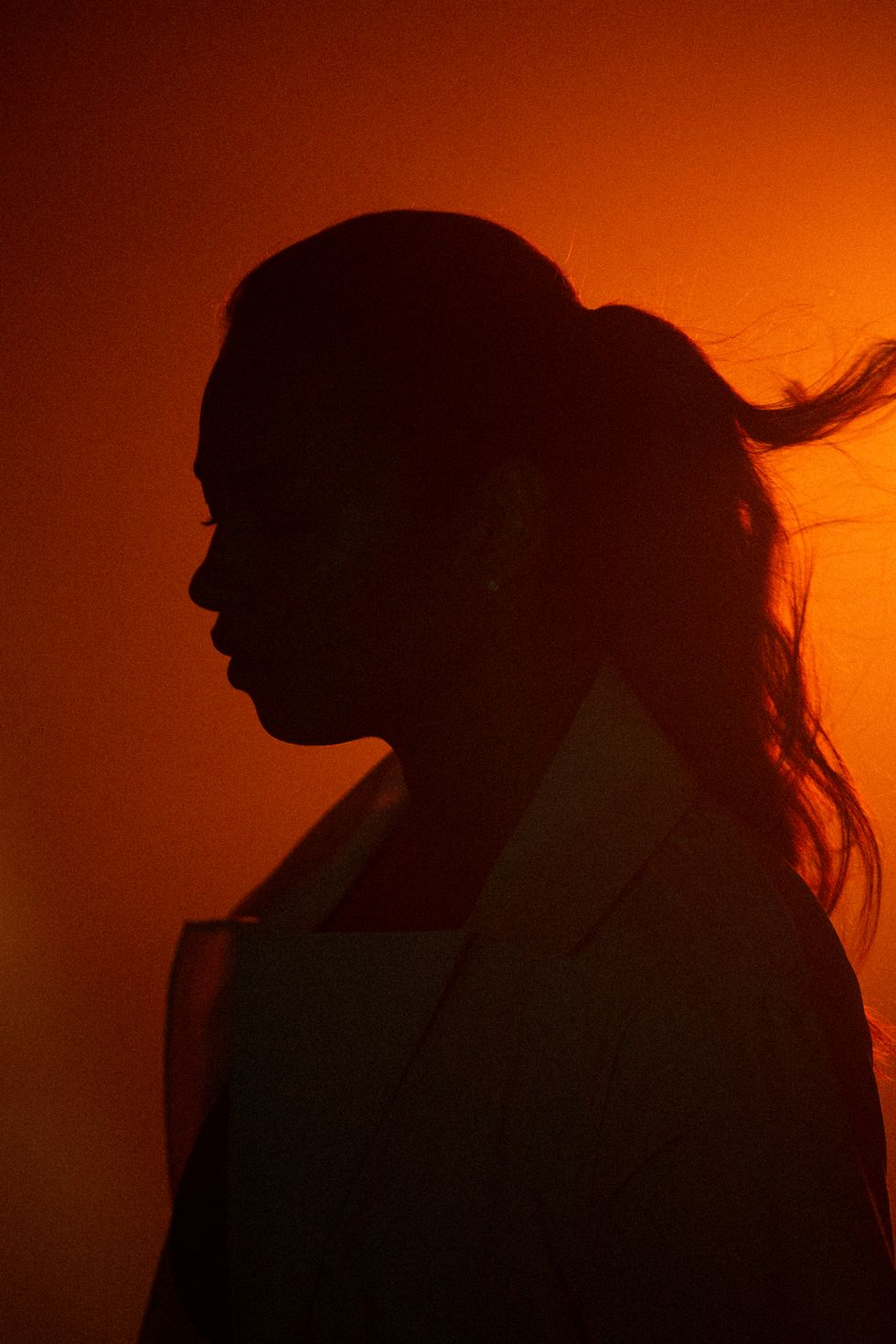 A central, covetable piece is the distinctly St. Vincent trench coat, available in navy and baby pink. A clear departure for a brand built on compressional spandex, it's constructed from waterproof crease resistant fabric that packs light. "What I was really thinking is coffee-proof," Clark explains. "You know, just spill anything on it and it's not going to look bad and you're not going to have to take it to the cleaner and it's going to be really, really low maintenance."

It's also a chic post-barre cover up for those few who remain legging-averse in the year 2020. "If I put a trench coat on, then I look like I put myself together," says Clark. "You know, the trench has had a lot of lives. You get detective, you get flasher. You get Phoebe Philo-era Celine, which is what we all want."

STV.OV is governed by a modular, minimalist philosophy that extends elsewhere in Clark's life. "I don't like accumulating very many things," she explains. "It gives me more stress than pleasure." Her apartment is spotless and free of tchotchkes; she went through a brief Soylent phase when attempting to simplify her meals. "There are periods of time when I'm writing and working and I'm not good at cooking but I'm also impatient," she says. "I was like, if they claim if this is everything you need, then fine." (She has respect for the Konmari method, but draws the line at Netflix's Marie Kondo series: "I watched a couple episodes, but it seemed more like a thesis about the malaise of the American middle class. I found it almost kind of dark.")

For Clark, the old Silicon Valley joke about wearing the same thing every day in order to focus one's intellectual energies elsewhere rings true. "I should be putting in more hours making songs and not being upset at clothing," she says. How does she dress minimally without looking or feeling too boring? Simple. "I have a personality."

While the collection is free of leopard print or lace, there's still room for experimentation. "It's comfortable and it's pretty or tough or flattering or any other ways you want to look," she says. "I think people will be able to live their lives in it, and that's exciting, for people to spend more time thinking about things other than the clothes they're wearing."