Emma Stone wore a Louis Vuitton slipdress to the Met Gala: why?? 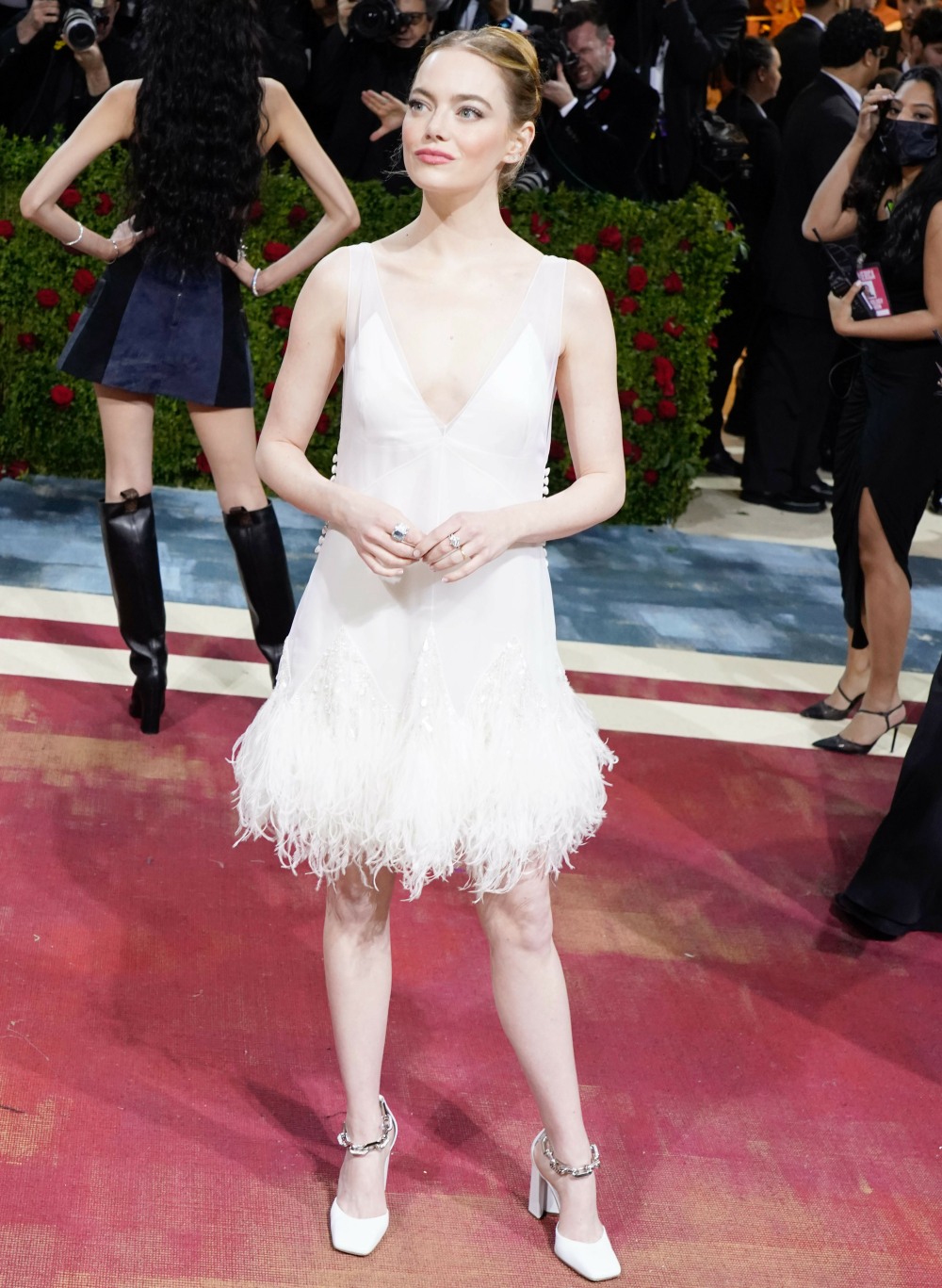 The Louis Vuitton people were some of the first people on the Met Gala carpet and I have no idea why! LV screwed it up, as they usually do. We should have known as soon as Emma Stone walked out of the hotel in this simple white slipdress. I mean, it’s not hideous at all, but for the Met Gala? For “gilded glamour,” you’re going to give Emma Stone this little slipdress? 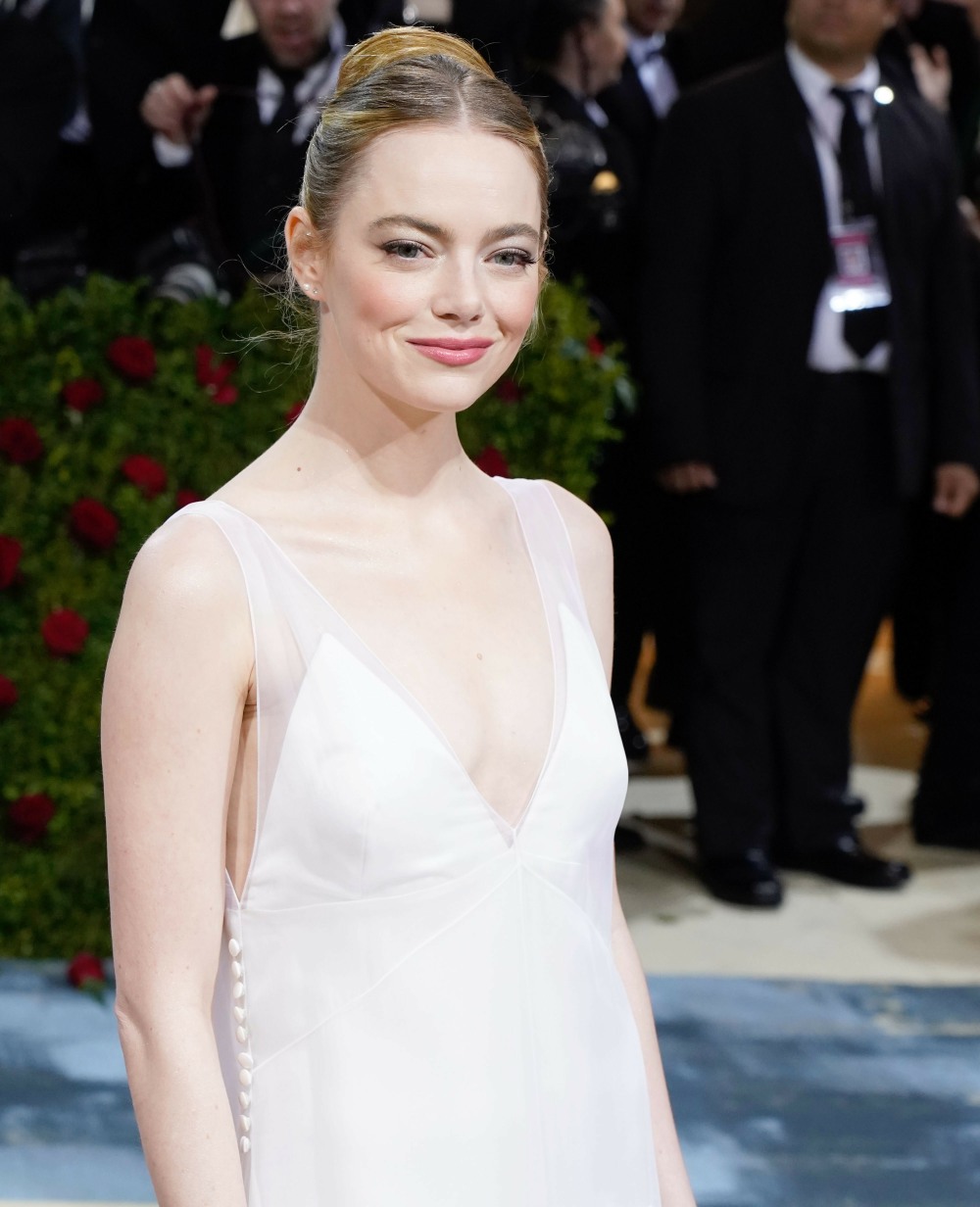 Chloe Moretz had my favorite Louis Vuitton. It seemed more like an interpretation of that famous Sarah Jessica Parker Met Gala look, but I enjoyed the vibe. The coat is great. 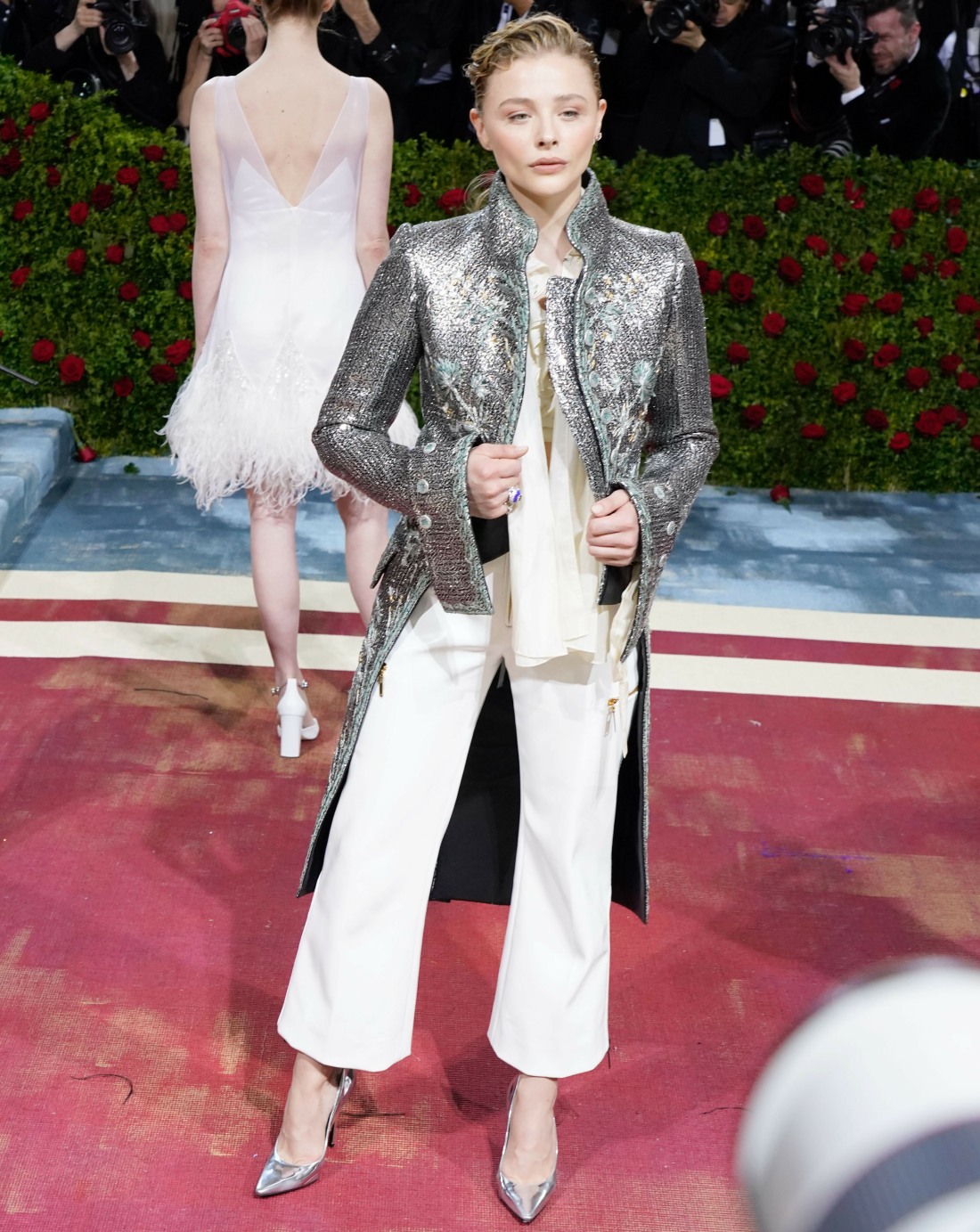 Gemma Chan in an absolute disaster. My God. 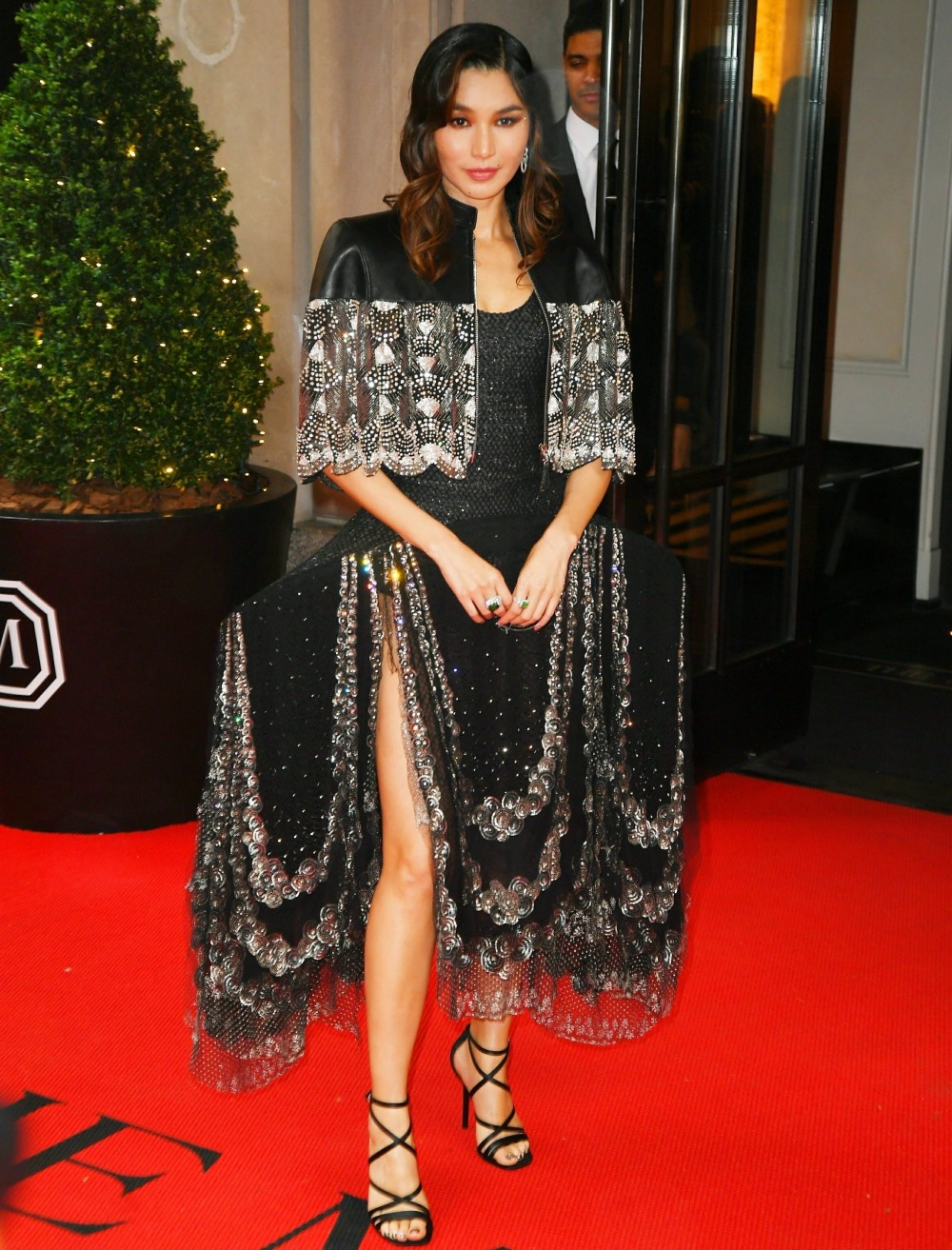 Sophie Turner & Joe Jonas. They never came out and said “we’re expecting again,” but they seem fine with the conversation. Sophie is a lovely pregnant lady and her dress looks comfortable. That’s all I’ll say. 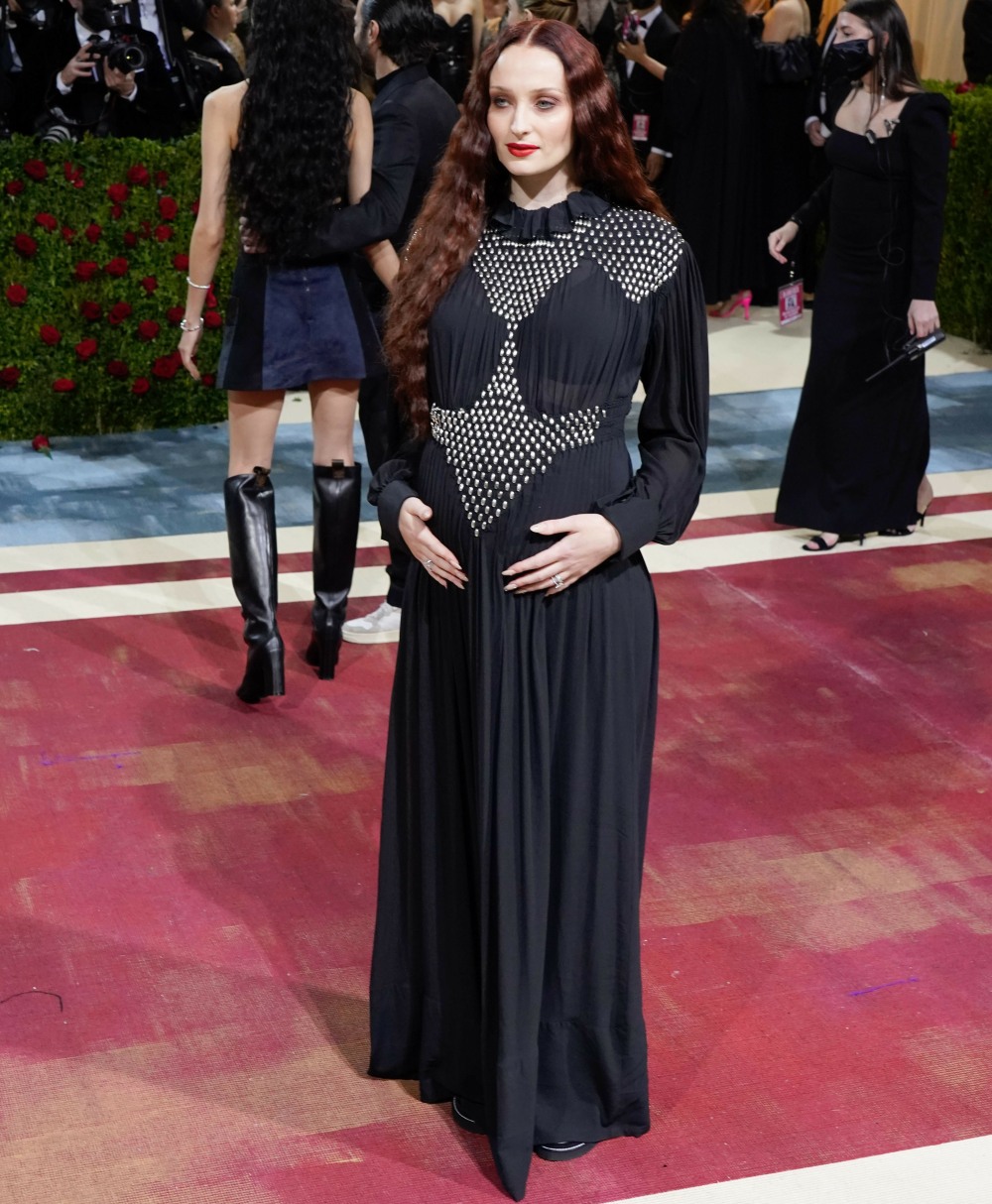 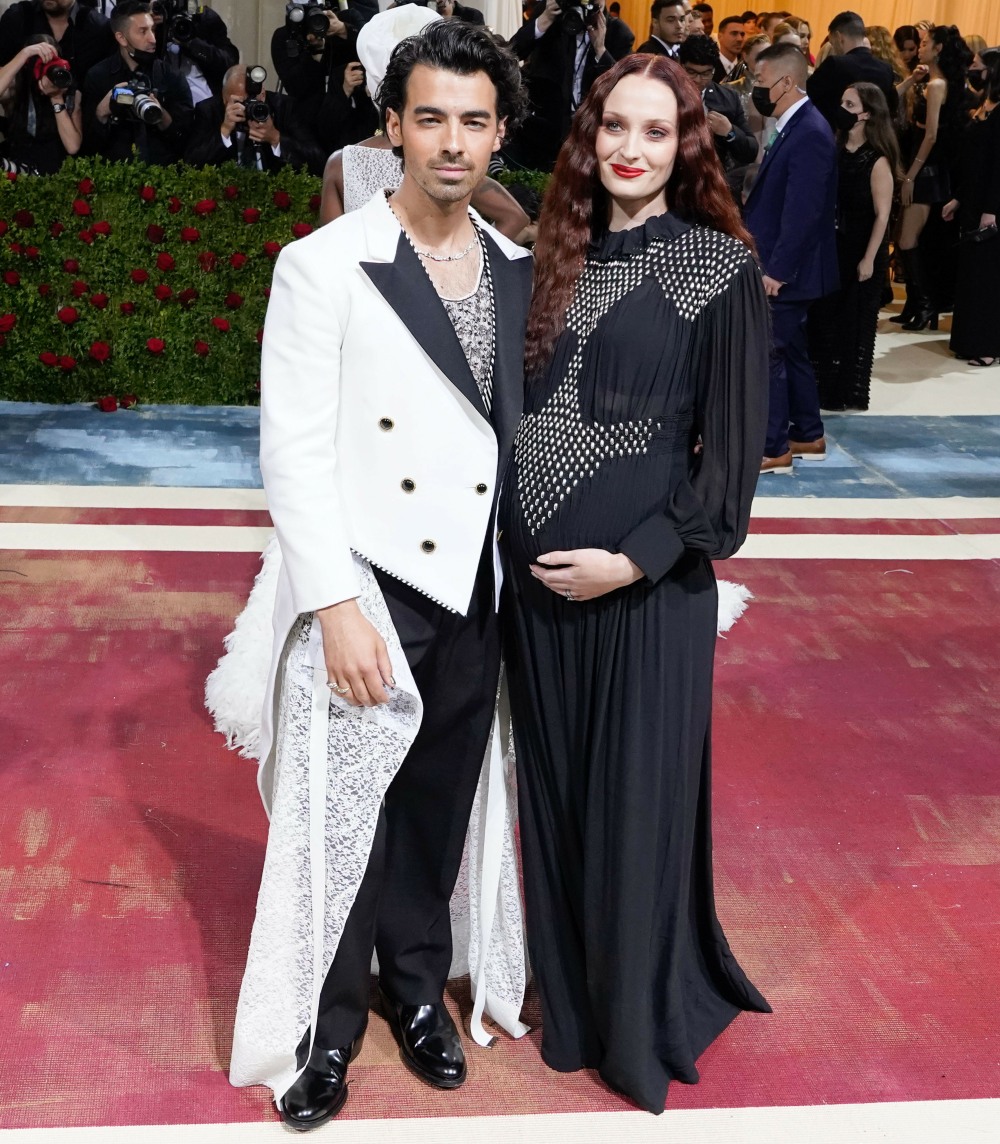 Cynthia Erivo in Louis Vuitton. My second favorite LV look after Chloe’s. It is genuinely glamorous. 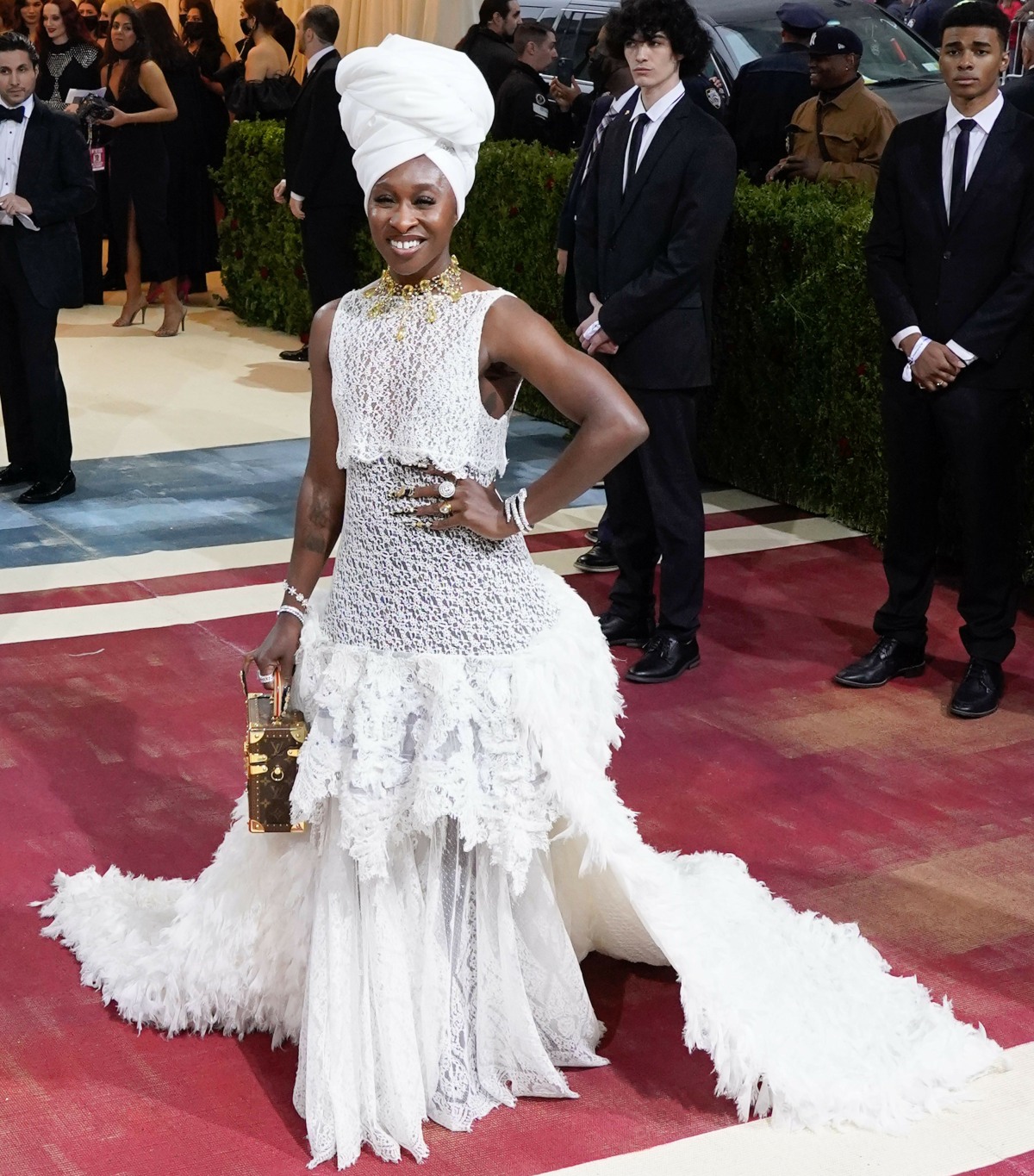 HoYeon Jung, no!!! This had nothing to do with anything!

Renate Reinsve in LV. She’s so beautiful and she has such terrible style.