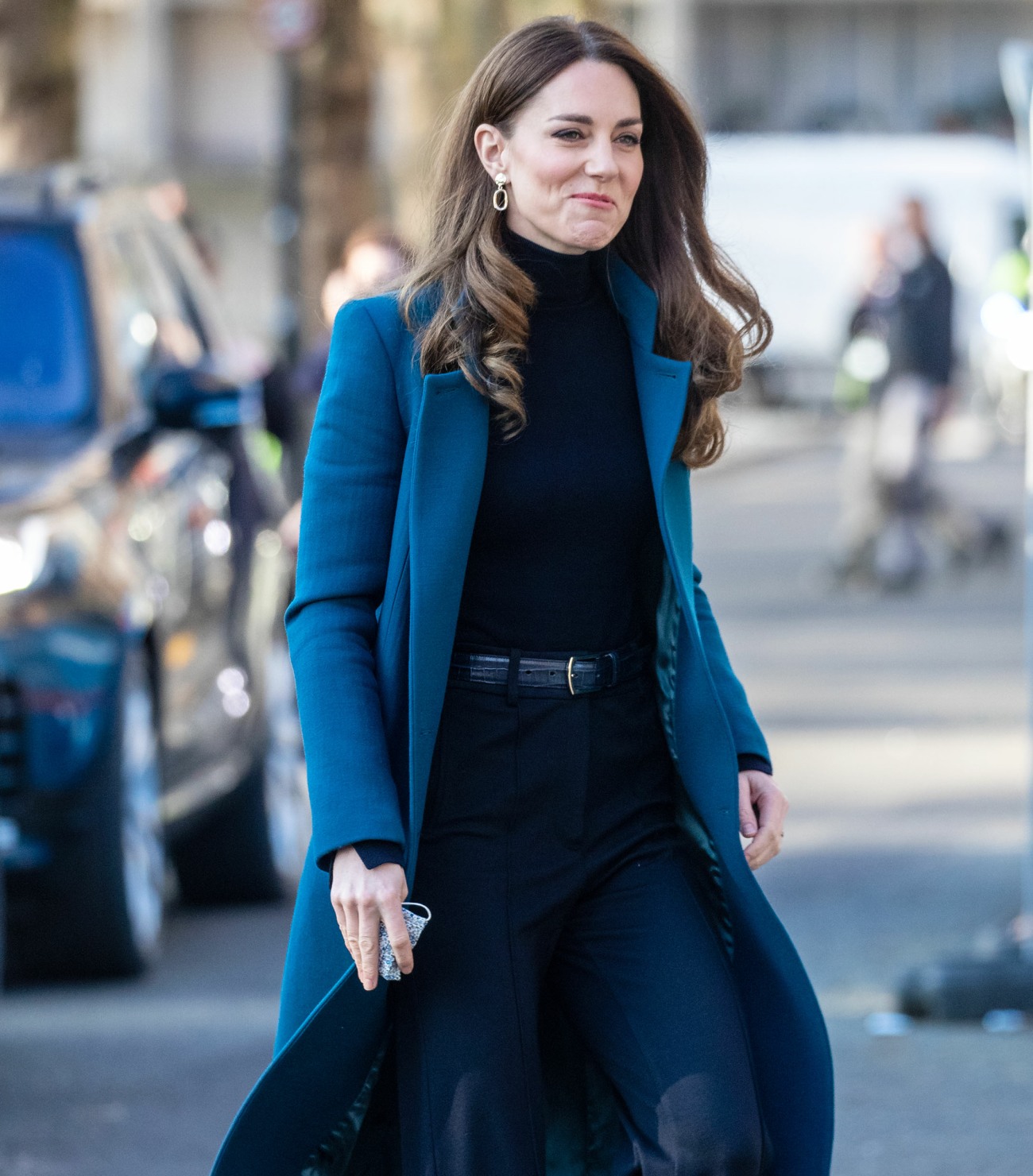 Yesterday, the Duchess of Cambridge made her first public appearance of 2022, and it was her first event since her silly piano recital about five/six weeks ago. A lot of people were talking about how she looked “different,” but I thought she just looked… well-rested. She looked like someone who gets eight hours of sleep every night and has ample time for self-care because she doesn’t have anything else to do. I mean, chica gets away with disappearing for five weeks at a time. Last summer, she disappeared for more than two months. This is not a woman who lives a #GrindLife. But apparently there was a reason why so many people felt she looked “different.” Kate got a darker dye job to go along with her Meghan copykeening.

The Duchess of Cambridge debuted a new, more ‘serious’ look for her first engagement of 2022, a beauty expert has explained. Kate, 40, joined Prince William, 39, at the Foundling Museum in London yesterday, as they returned to in-person royal duties following a few weeks off over the festive season. The mother-of-three, who has been patron of the museum since 2019, complimented her clothing choice of wide-leg black trousers, black polo neck jumper and a long-line navy coat, with a darker hair colour and toned-down makeup to create an overall ‘professional’ look, in contrast to the ‘Christmas glamour’ of recent months.

While her makeup in the weeks leading up to Christmas was characterised by a bronzed glow and dewy skin, yesterday Kate enhanced her natural English rose complexion with just a touch of pink on the cheeks and a slick of lipstick.

Speaking to FEMAIL, Laura Kay, makeup expert and founder of Laura Kay London, added that she has swapped her richer, chestnut autumn locks for a single darker brown shade that reflects the sombre mood at the start of the year.

‘To kick off the New Year Kate has emerged with a completely toned-down appearance,’ Laura said. ‘Her make-up is clean and fresh with a natural pink lip. Her matt foundation is quite powdery which contrasts against her new hair which is a dark brown block colour. Her new hair colour looks very grown up and serious in comparison to her recent richer tones, but the soft waves make her look youthful. Kate’s overall look is quite striking even though separate elements seem more reserved than we have seen lately. The powdered foundation might be to hide the appearance of dark circles under her eyes. The only heavy part of Kate’s look is the application of eye make-up.

‘Kate’s choices might be down to the daytime occasion as she may want to appear professional and natural looking – not too drastic or ‘overdone’ for the meeting. Kate is wearing a face mask in some photos which could also be the reasoning behind her make-up choices as she doesn’t want too much transfer or smudging to occur.’

[From The Daily Mail]

This too is an annual tradition, just like the end-of-year “promises to be keen in the new year.” Every January or February, someone writes about how Kate has a new look and wow, isn’t it professional, we can tell by her dye job and eye makeup that she’s really going to work this year. For what it’s worth, I do think Kate looks better with darker hair. At her piano recital, her extensions looked so cheap and her hair was just too light in general. It reminded me very much of Lily Collins’s hair in Emily in Paris, and in EiP, they even joked about how Emily was accidentally using a dog shampoo. That’s what Kate’s hair looked like in December – like she accidentally used a dog shampoo and she had a very shiny “coat.”

PS… The jazz hands are contagious!! William and Kate go to these events and decide to go Full Mime.

Pretend to talk outside the building then off pic.twitter.com/g0K5BxJ7Go 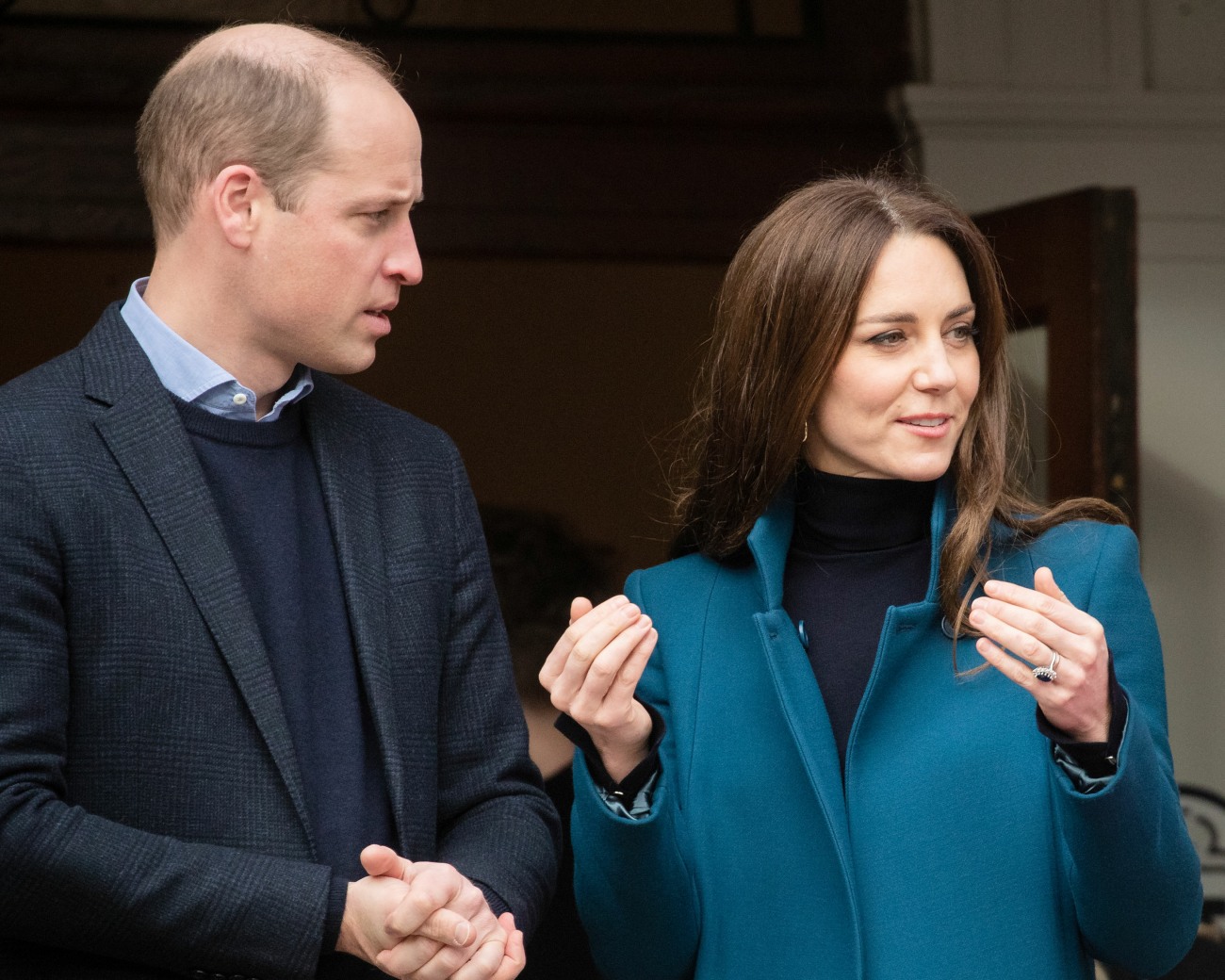 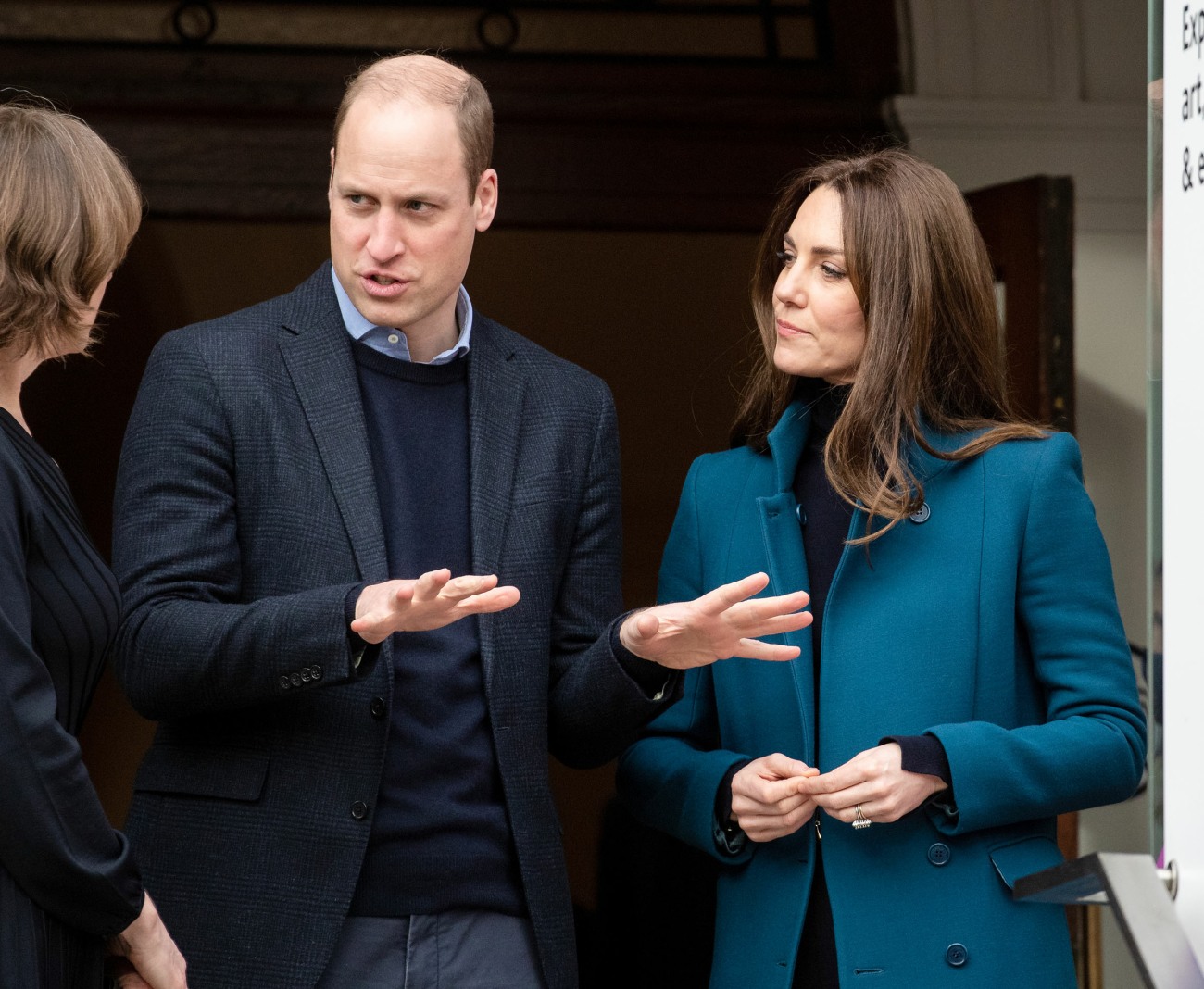 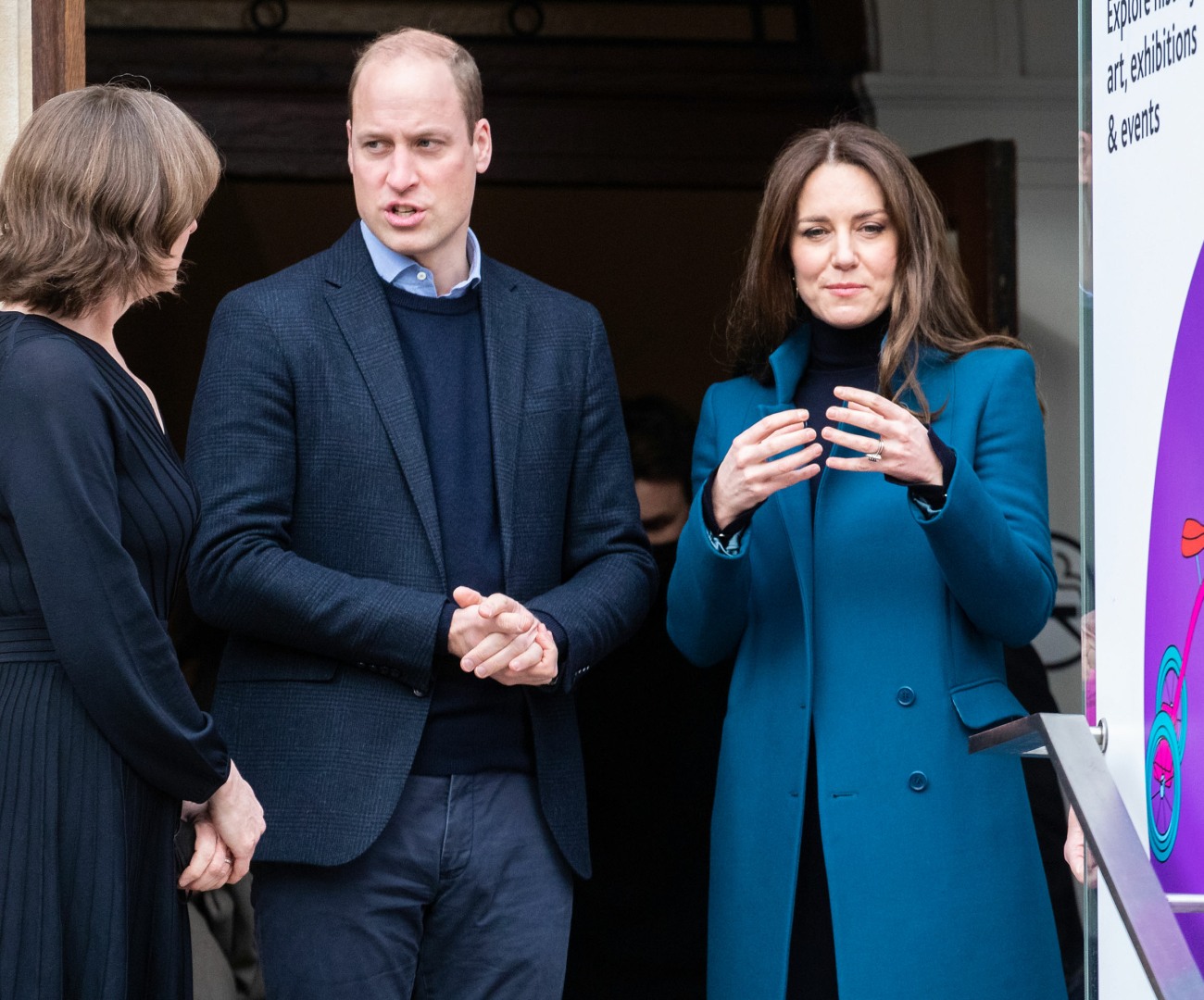