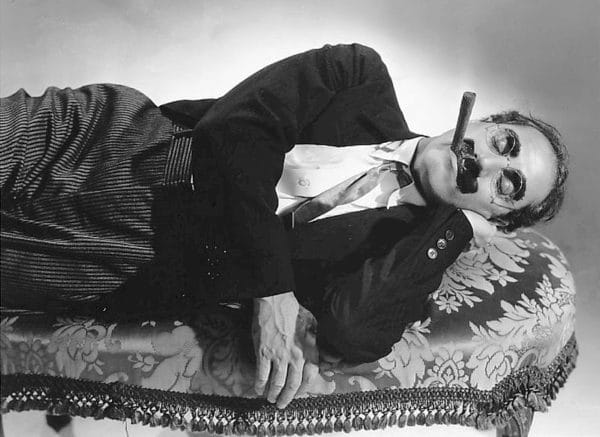 When I was a teenager and sad beyond all measure I fell in love with Bugs Bunny and Groucho Marx. As I approach my 65th year I see how theyve sustained me. But I need to say more. Everyone whos seen them has delighted at their irreverence. I dare to say Bugs and Groucho helped me become a reasonably good and successful man.

Since most comedy in America is adolescent, this is surely an example of cognitive dissonance. Groucho and Bugs smelled rats when authority appeared. Moreover, they introduced chaos and impertinence to any situation that imposed adulthoods norms.

Elmer Fudd was everyones downtrodden dad. (If you have a leftist political bent he was a running dog of the bourgeoisie, an abused worker trying to kill wildlife on the weekends.) Poor Mr. Fudd! The rascally rabbit refused to play by the rulesBugs is many things, but mostly hes the Id of adolescence, at least at first.

Dont give up on me! The Id is filled with wild forces of nature, the ones were gifted with at birth, our libidos, our instincts for self-preservation, our will to fight are all contained in Freuds Id and the bunny has them, Fudd does not. But poor Fudd, it gets worse! The silly man with the mail-order shotgun and ridiculous hat is nearly pure ego. He follows etiquette and all rules, plods along, believes pleasure comes with fidelity to what is deemed normal.

One may say the same for Groucho. Hes Bugs in a swallow-tailed coat. His Fudds are legion: with the exception of his anarchic brothers, the men and women in Grouchos movies are all straight-laced and conventional. Theyre self-important and officious. They get tipped on their heads by a man who turns reason and rational discourse inside out. He says famously to a fatuous foe: A child of five could understand this. Send someone to fetch a child of five.

If this was all there was to Groucho and Bugs theyd have been helpful to a depressed, blind teen who was finding it hard to live in the public square. However, the pubescent Id offers no guarantees and wont assure youll become a successful adult.

I said most comedy in America is adolescent. This means old people are held up to ridicule and often deservedly. The adults in J. D. Salingers The Catcher in the Rye (the canonical novel of teen angst) are invariably tedious, dishonest and unreliable. But Salinger never transcends this view. Bugs and Groucho were different.

Why? Here are some of my favorite Bugs and Groucho-isms:

Learn from the mistakes of others. You can never live long enough to make them all yourself. (Groucho)

Ive had a perfectly wonderful evening, but this wasnt it. (Groucho)

I have nothing but respect for you and not much of that. (Groucho)

Whatever it is, Im against it. (Groucho)

I know this defies the law of gravity, but I never studied law! (Bugs)

What Ive come to see is that Bugs and Groucho had the tonic of comic irony, the most important quality behind what we now call emotional intelligence.

Comic irony is more than wordplay. Its a self-awareness that says, yes, Im among people, and Im both like them and unlike them, for better AND worse.

Gee, aint I a stinker? Bugs looks at the presumptive audience and winks.

Whatever it is, Im against it, says Groucho in a memorable song and dance number.

Both are instances of refusal. Bugs refuses to fully endorse his own character; Groucho knows that bureaucracies can be crooked and its good to know when to be your own man.

No one wants to be fully his or her Id. No one should pretend that willful refusals are always smart. Certainly, no healthy grown adult should be poor Elmer Fudd, desperate, in lockstep, desiring small goals, witless. Surely no one should pretend to adulthood without knowing as Groucho did that the mistakes of others are the ones you might not live long enough to make yourself. Thats emotional intelligence in a nutshell.

The post Bugs and Groucho appeared first on The Good Men Project.