14 Stylish “Male” Actors Who Should Be the NEXT James Bond

Who do you think should be the next James Bond?

Since Daniel Craig has stated that the upcoming Not Time to Die will be his last James Bond adventure, everyone has been wondering who the next James Bond will be. 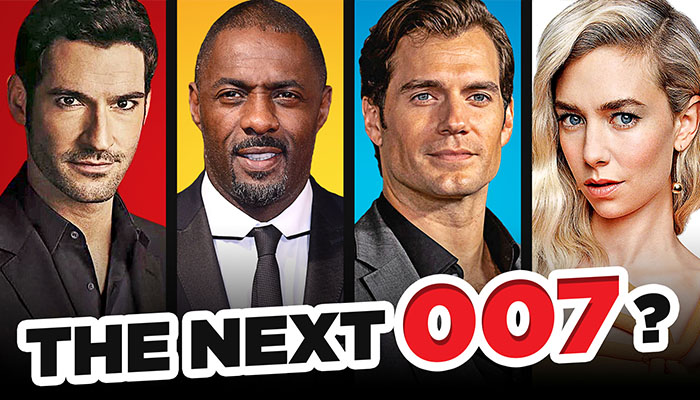 So many names and actors and actresses have been thrown around that many are placing betting odds on who will get the role of 007 next!

Some people even have a lot of money riding on whoever becomes the next 007.

I want to show you the 14 Stylish “Male” Actors Who Should Be the NEXT James Bond.

This article is brought to you by Anson – makers of revolutionary micro-adjustable holeless belts that fit any waist up to 50” perfectly. Plus they come with interchangeable buckles and straps, in premium full-grain leather and some great vegan options.

I recommend the Gift Box, which lets you create 6 different strap and buckle combinations. That’s SIX complete belts for just $99.95. With free U.S. shipping and a lifetime guarantee, it’s a no-brainer – click here to upgrade to Anson belts.

Click Here To Watch The Video – The Next James Bond? 10 Stylish Men (and Women?) Who Should Be Considered 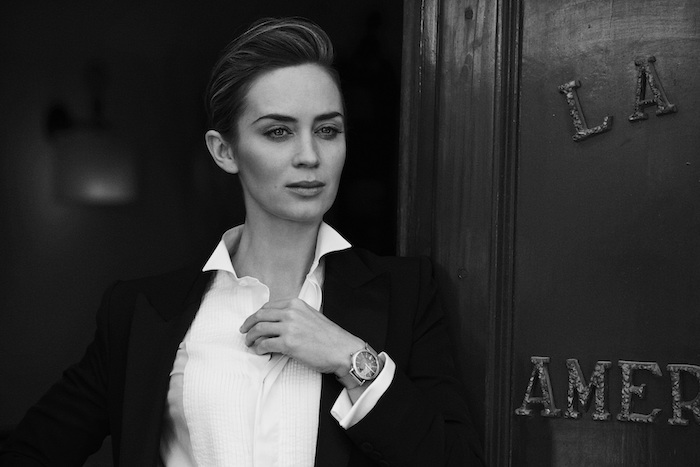 She has shown how much of a badass she is in Scario, Edge of Tomorrow and A Quiet Place and she has shown her stylish side in Young Victoria, The Girl on the Train and Mary Poppins Returns.

She also looks amazing in a tuxedo which is extremely hard for a lady to pull off! Blunt’s acting range is amazing which she showcases so well in The Girl on the Train.

She is extremely British and would follow in the heritage of the character of James Bond. This would take the franchise in a bold direction and really turn heads. 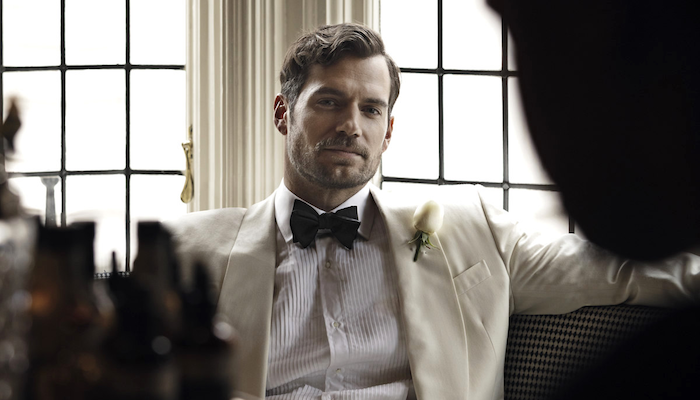 This would prove to be an amazing story if Cavill got the part.

Before Casino Royale came out, Cavill auditioned for the role of 007; however, he did not get it and Daniel Craig went on to be the next James Bond.

At the time, Cavill was told he was too fat to play James Bond. Really?!?

In the time since, Cavill has become jacked and shown he can be both suave and sophisticated in The Man from U.N.C.L.E. and can be tough in Mission Impossible: Fallout. Cavil looks good in both a suit and combat attire which is very important for James Bond.

He would also be about the same age as Daniel Craig was when he got the role. Cavill would come full circle and prove to be an amazing 007.

This would also mirror what happened to former Bond actor Pierce Brosnan when he was not able to take the role the first time it was offered to him in the 1980’s because of his television series, Remington Steele.

Overall, the press would love this and Cavill would look extremely good as the secret agent. 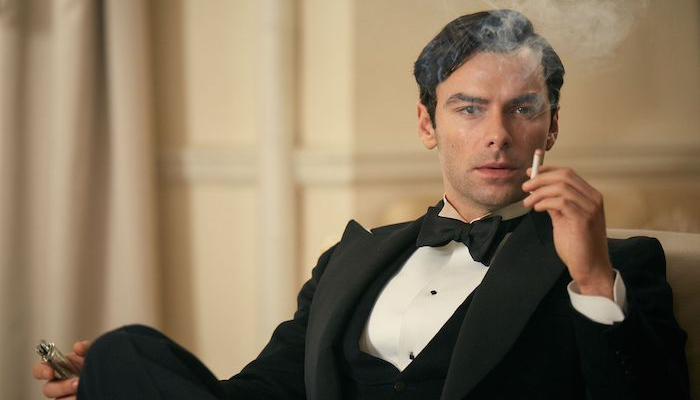 Turner would bring the role back to its literary roots.

Ian Fleming described the character of James Bond as a slim gentleman with a thin vertical scar on his cheek, blue-grey eyes, a “cruel” mouth and short, black hair. Aiden Turner matches this almost perfectly minus his eyes and the scar.

Turner has starred as a “secret agent-esque” character in Poldark. This role saw Turner engaging in stealthy work for England’s government while looking very stylish for the era the show took place in and it proved to be a great audition for the role of 007.

He also received the blessing of former 007 actor Sir. Roger Moore before he passed away. Turner even passes the tuxedo test with flying colors. 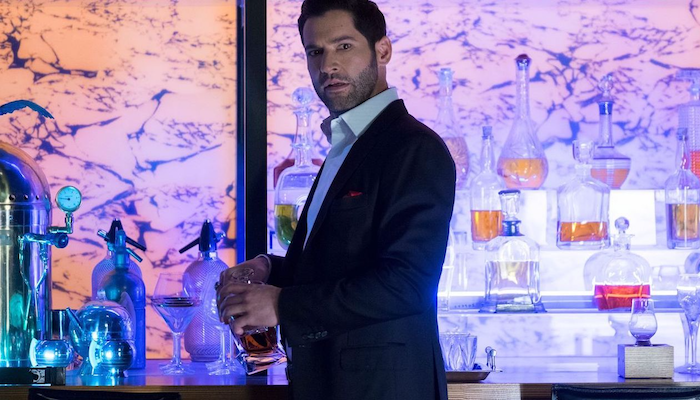 Lucifer showed all of us that Tom Ellis is a style icon for the ages. From driving fast cars to being able to handle a cocktail, Ellis could make an amazing 007.

Ellis thrived in the series when he was enjoying the finer things in life and I could see him easily being a Roger Moore style Bond.

In Lucifer, Ellis looks amazing in every suit he is in which is a must for a James Bond actor.

The fit of Ellis’ suits actually looks better than Daniel Craig’s fit in the current 007 movies! 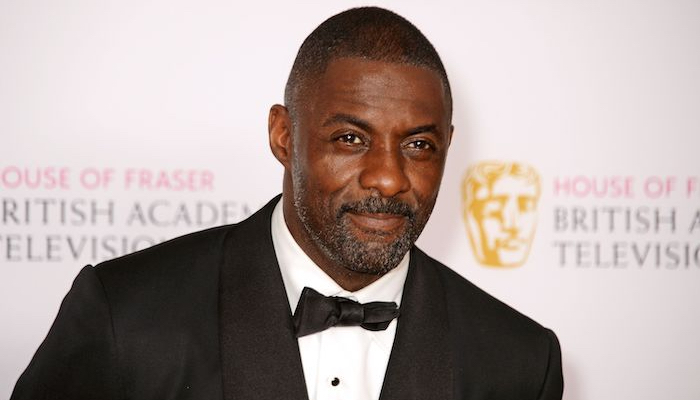 I mean this is obvious, right? Idris Elba is a certified badass.

First of all, he is authentically British. He looks amazing in everything he wears and is a style icon to many people.

Secondly, he is jacked! The physicality of the role would be no issue for him. He already has a secret agent body.

Third of all, he is already kind of James Bond. He loves vintage cars including his Bentley Continental GT Speed so much that he broke an actual speed record in it. Bentley is also the brand of vehicle 007 drove in the original Ian Fleming novels.

On top of all of that, the ladies love him. Elba is another stylish man who would make a great 007. 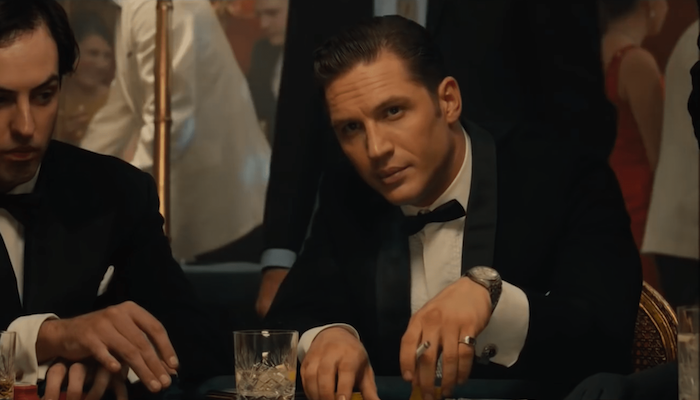 Tom Hardy would continue with the intense physicality of Daniel Craig’s James Bond quite well.

Hardy has a long list of amazing roles that he has played throughout his career and in all of them (even as Bane) he looks amazingly stylish.

He looks particularly cool at a poker table with his tuxedo in the film The Legend which you can see above!

Acclaimed director, Christopher Nolan has stated numerous times that if he was to make a 007 film he would want Tom Hardy as the title character.

I think Hardy would also bring an even harder edge to the character of 007 and quite possibly a more realistic spin on him. 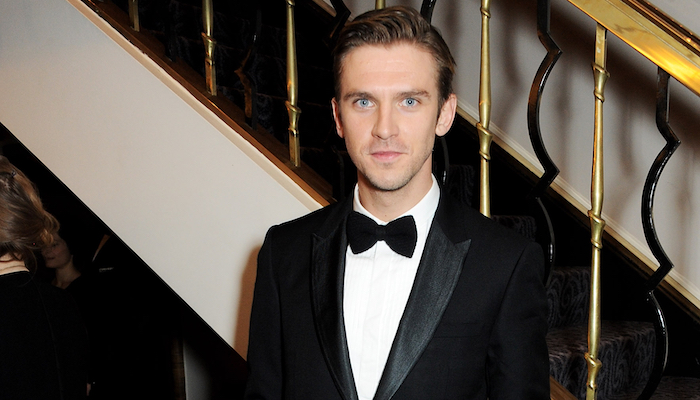 The looks, the manners and the physicality, Dan Stevens is another stylish man that has everything it takes to be 007.

In Downton Abbey, Stevens shows us all his ability to be a gentleman and to pull off a tuxedo well. Even though the outfits in the show are dated by today’s standards, he looks amazing in all of them and with a few modern tailoring tricks, he would look the part of 007.

In The Guest, Stevens shows us his ability to bring a harder edge to the character both in physicality and attitude. Even though his outfits in this film were more casual, they match some of the outfits Bond has worn in the past few films and Stevens wears all of them very well.

The perfect combination of a gentleman and a special ops soldier, Stevens could make a great 007. 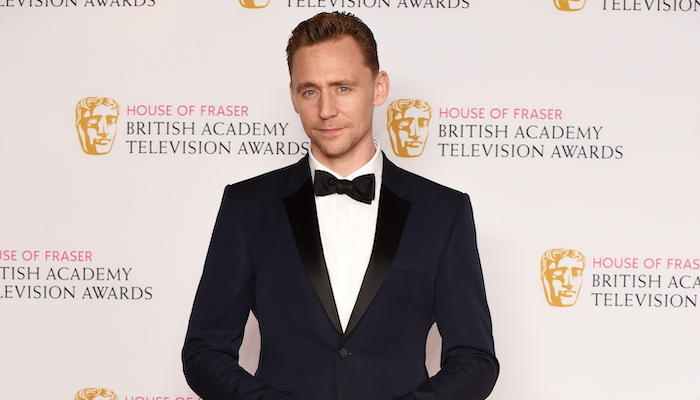 The Night Manager was the perfect audition for Tom Hiddleston for the role of 007.

In this series, he wears many different outfits all perfectly tailored to him and Hiddleston plays the role calm and cool.

Hiddleston also has the sneakiness down which is shown in his portrayal as the god of mischief, Loki.

In his personal life, women have always been attracted to him and he was actually kicked out of school in Eton as a teenager because he seduced a female student.

On top of all of this, Hiddleston was another actor who was given the seal of approval from former 007 Sir. Roger Moore after he watched him in The Night Manager. 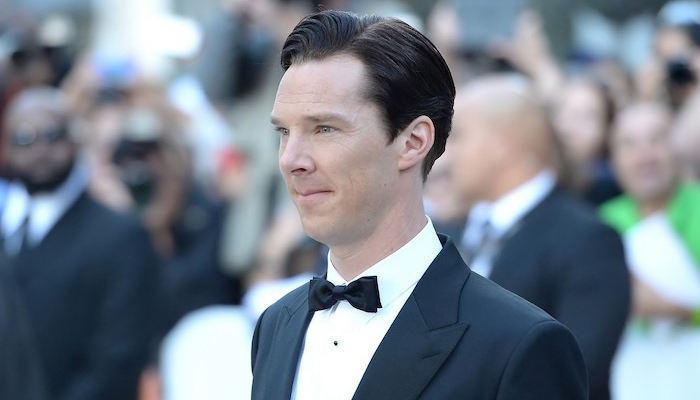 Mr. Cumberbatch has already played one iconic British character extremely well, who says he can’t do it again?

As Sherlock, we see him in many different well-fitting suits while sneaking around much like a secret agent.

Like his signature coat in Sherlock, Bond has worn many long coats both over suits and more casual outfits. Cumberbatch would fit right in!

In the first Doctor Strange film, Cumberbatch is seen looking very suave and sophisticated in an amazing tuxedo. He even crashes his car in Doctor Strange like 007 did in Casino Royale!

In both Doctor Strange and Sherlock, Cumberbatch oozes ego, charisma, style and sophistication – an almost exact description of 007. 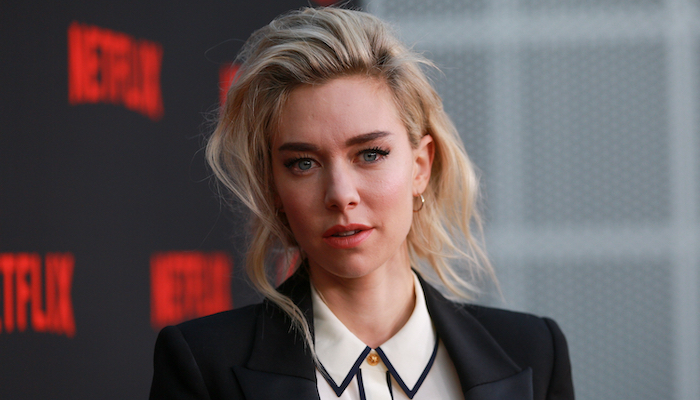 Shown as tough and capable in both Hobbs and Shaw and Mission Impossible: Fallout, Kirby has the physicality for the role of 007.

Kirby’s role in The Crown proves that she can fit in very nicely in a very high-class atmosphere as well. Here is where she really let her style shine as Princess Margaret in many different dresses and stylish jackets.

She is also very British and not an obvious choice. Class, style, tough and resourceful, Vanessa Kirby would make an amazing 007. 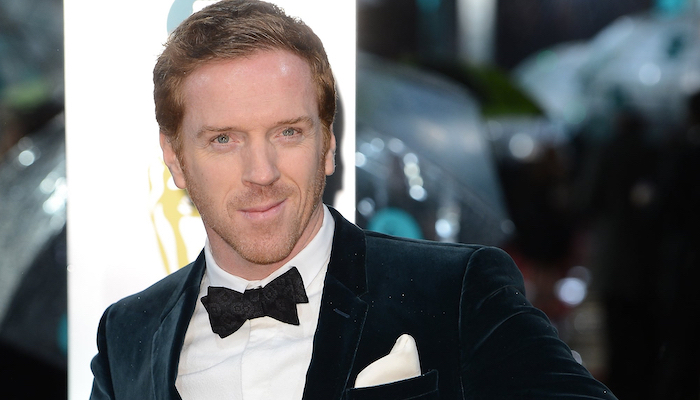 Even though he has ruled himself out of the role, nothing is impossible.

The television show Billions has shown us that Damian Lewis can pull off the 007 style. As a wealthy businessman in the show, Lewis fits in great even though his style is very casual in the show.

A red-haired 007 would be a new direction for the character and could prove to be interesting. Lewis also looks amazing in a tuxedo.

Damian Lewis is a little older than 007 typically is cast and that could be an interesting place to take the character of 007 both in style and story. 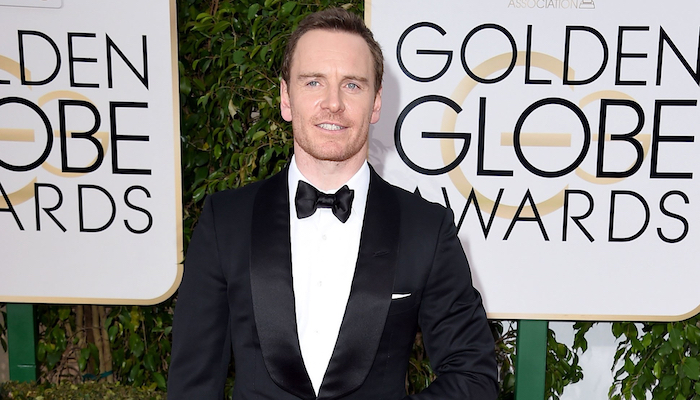 First off, Michael Fassbender is an amazing actor.

Being Magneto in X-Men: First Class, Fassbender is seen in many different 60’s era outfits and styles that is the backbone of 007’s signature style on screen. In both suits and casual outfits, Fassbender excels and oozes the class and sophistication needed to play 007.

Another redhead, Fassbender would be the first Bond to be German born so he would have to work on his accent; however, he could make a great 007 and a different choice from the norm. 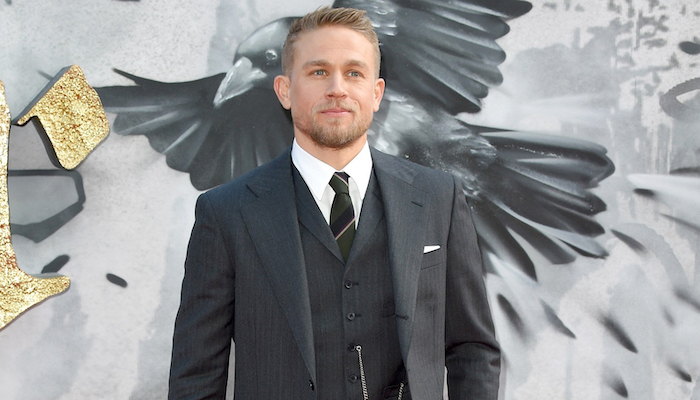 Now, I know that everyone thinks of Mr. Hunnam and his role in Sons of Anarchy but hear me out.

His recent role in The Gentleman shows that Charlie Hunnam has quite the range in both style and acting.

Showing us how brutal he can be in Sons of Anarchy while showing the ability to dress well in The Gentleman, this could be the best of both words and could fit perfectly for the role of 007.

While some think he is the antithesis of James Bond, that is what everyone thought of Daniel Craig when he was cast in the role before Casino Royale came out. Oh, how wrong they all were… 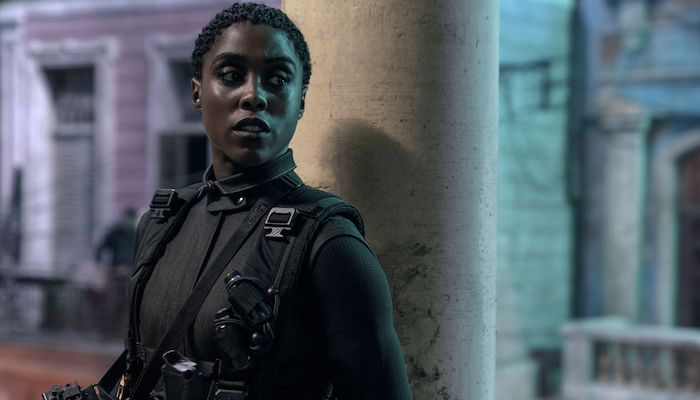 Starring in the upcoming Bond film No Time to Die, Lashana Lynch could easily take the mantle of 007 from Daniel Craig at the end of the film.

Many rumors have been flying around that this could be the case!

Lynch plays another 00-agent in the film and from all outward appearances she looks amazing in it. In both tactical gear and stylish clothing, Lashana Lynch looks the business in everything we’ve seen so far.

Stylish, tough and ready for anything, she is going to give Daniel Craig a run for his money in No Time!

Who Should Be the NEXT James Bond – Summary

There you have it! 14 Stylish “Men” Who Should Be the NEXT James Bond!

Only time will tell us who is cast, but I think that these men and women have an extremely high chance of landing the role and transforming 007 in ways we couldn't possibly imagine!

This article is brought to you by Anson – makers of revolutionary micro-adjustable holeless belts that fit any waist up to 50” perfectly. Plus they come with interchangeable buckles and straps, in premium full-grain leather and some great vegan options.

I recommend the Gift Box, which lets you create 6 different strap and buckle combinations. That’s SIX complete belts for just $99.95. With free U.S. shipping and a lifetime guarantee, it’s a no-brainer – click here to upgrade to Anson belts.

The post 14 Stylish “Male” Actors Who Should Be the NEXT James Bond appeared first on Real Men Real Style.