by admin May 06, 2020
Today's game is: Sleeping Queens. The funny thing is, the first time we played this game with friends, we were so confused we vowed not to play it again. About a year later, I bought it as a stocking stuffer for the kids, and we love it now! 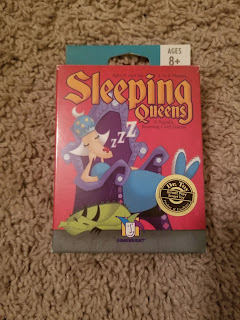 Gameplay:
Separate the queens from all the other cards. These are a few of the queens: 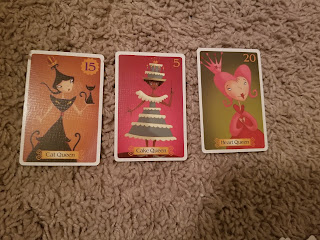 Shuffle the 12 queens and place them face down in the center of the playing area in four rows of three. Let them sleep.

Shuffle the rest of the cards (red backed cards), deal five cards to each player, and place the remaining cards face down in a draw pile in the center of the queens.

On your turn you get to take one action and then draw a card.

You may play a KING to awaken a Sleeping Queen. Place your King on the discard pile and flip over any queen from the sleeping area. It's now "awake" and you get those points. If you pick the Rose Queen, you get to wake up an additional sleeping queen!

A few of the kings: 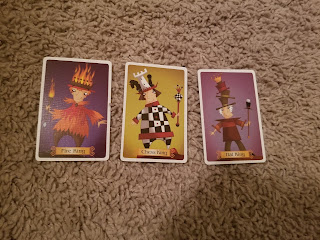 Play a KNIGHT to steal one of your opponent's awakened queens. Lay your knight on the discard pile, then select any of their queens and place it face up in front of you.

Beware - they can immediately stop your knight by playing a DRAGON card. Discard both cards if that happens, and your opponent keeps their queen. You each pick a new card from the draw pile so you have five cards in your hand. 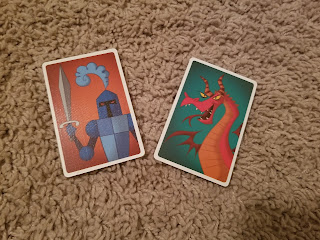 Play a SLEEPING POTION card to put one of your opponents' awakened queens back to sleep. Place your card on the discard pile and then put one of their queens face down in any open spot among the other queens.

Beware - if they have a WAND they can immediately defend your sleeping potion. Discard both cards if that happens, and your opponent gets to keep her queen. You each pick a new card from the draw pile so you have five cards in your hand. 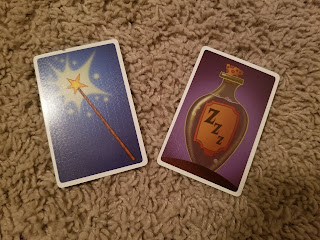 Play a JESTER card and take a chance! Place your card on the discard pile, then turn the top draw card over. If it's a power card (king, knight, dragon, potion, wand or jester), add it to your hand and take another turn. If it is a number card, starting with you and continuing to the left, count off the number of players equal to the number on the card. The last player counted gets to awaken and keep a queen from the sleeping queens! 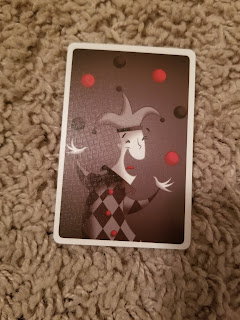 You can also choose to discard one or more cards to draw new cards. There are three ways to do this:

One - Discard a single card of any kind and draw a new card. 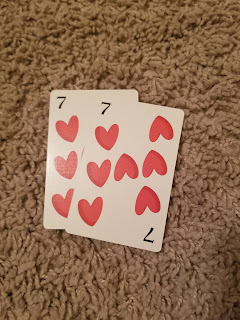 Three - Discard three or more number cards that make an addition equation and draw three or more cards. For example, one plus two equals three: 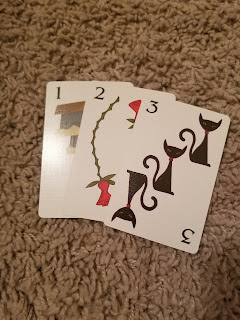 Make sure you always end up with five cards in your hand!

How to Win:
The first player to collect 5 queens or 50 points worth of queens wins!

Verdict:
We love this game and like to be flexible in the math skills. It's quite easy to make players use subtraction, multiplication, or division skills to create their equations if addition is too simple or they need to work on other skills!

We even played this with my 4-year old brother-in-law a few months ago, and he caught on very quickly! Young kids can do the addition skills when you show them the visuals of the cards!

P.S. Fun fact - this game was created by a 6-year old! Even cooler!