A few years ago, I wrote two blogs on some of the games our family enjoys. “Family Game Night Favorites” featured Guesstures, Reverse Charades, Apples to Apples (which will be an eternal family favorite!), Trivial Pursuit Family Edition, and Dinkee. “Six Card Games Every Family Should Own” highlights Uno, Spot-It, Wig Out, Too Many Monkeys, Monopoly Deal, and Blink. These all remain in our top-game choices, but since then we have discovered a few more our family (kids ages 14 and 11) has added to the favorites list. Though I’ve linked each game to its Amazon ordering page, remember that they can probably all be found (or ordered through) Tons of Toys (64 Main Street, Madison; www.tonsoftoys.com; 973-507-9774). You can call them up and they will bring it out to you!

This game is like a combination of Pictionary and the whispering game, Telephone, that you played with friends as a kid. (In my area, we called it Whisper Down the Lane). Each player has a wipe-off marker and a plastic-coated flip book, then picks a word from the deck of cards. You write your word on the top page and pass it to the next person. That person then draws a picture for it, and passes it to the next person, who makes a guess for what the picture means on the next page. Pictures/words eventually make their way back to the original person, who then reveals each picture and guess. My family doesn’t even keep score, we just enjoy laughing at each picture and guess!

This is a new find for us that we have been enjoying playing after dinner. You lay out 25 word cards (5x5 square) and form two teams — red team and blue team. One player on each team is the spymaster who gives one-word clues to make their teammate guess their team’s specific words. Some words on the table are for the red team, some for the blue team, some are bystander cards, and one is the assassin. Your goal is to have your team select all your cards based on your clues before the other team selects theirs, and not pick the assassin. It takes a lot of thinking to come up with clues that only lead to your specific cards! (We watched this YouTube video that explained it well.) 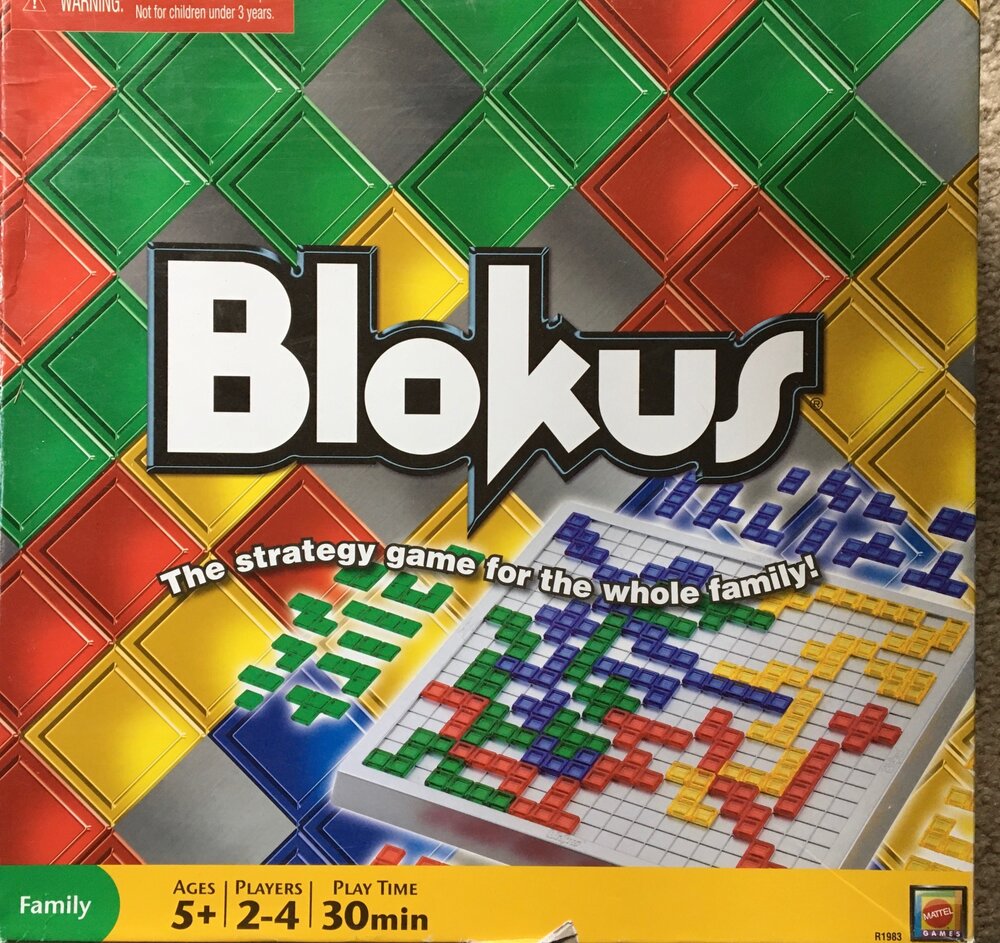 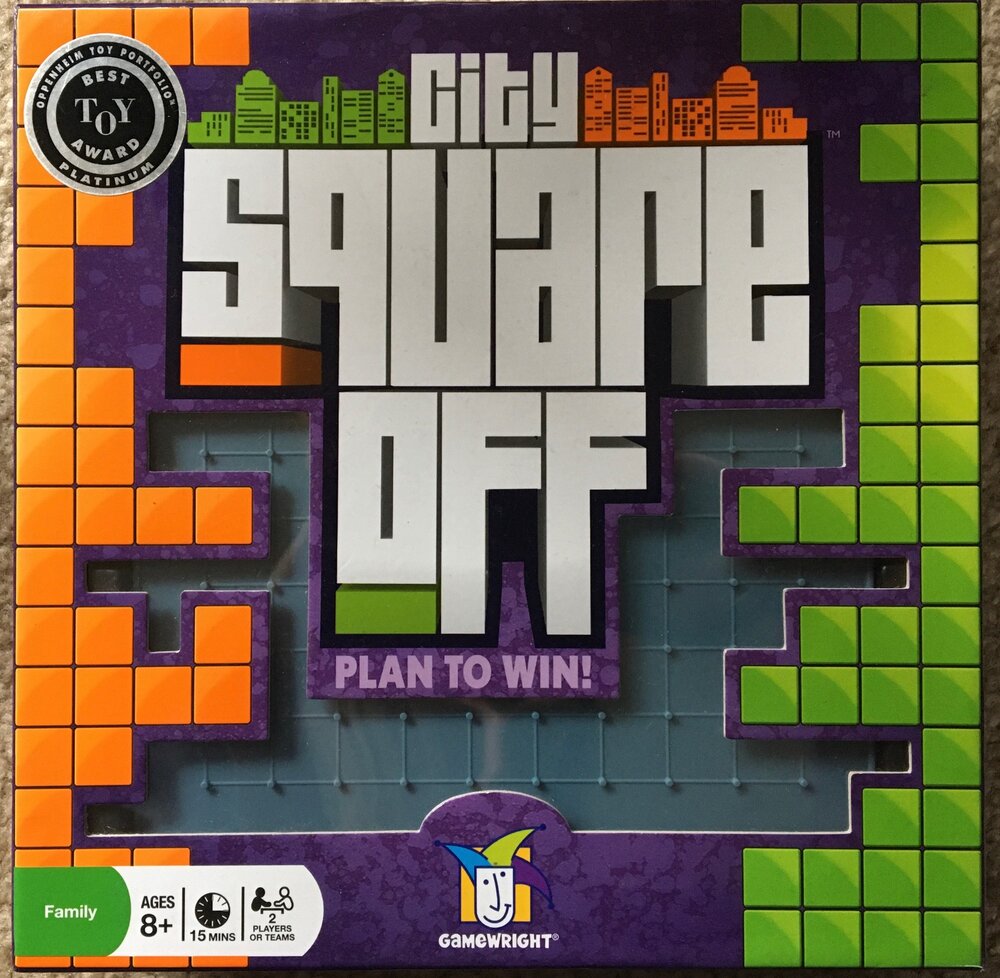 In this game, players take turns fitting their color various-sized pieces on the board. The player with the fewest total number of pieces remaining after no one can fit more in, is the winner! Each time, when we start this game, we forget how tough it gets at the end to fit in pieces. We haven’t quite figured out all the strategy yet. Plus, other players can block you, so you might get very limited on where you can go! A similar game of fitting pieces in is another favorite: City Square Off. In this game, though, each player has his or her own board and players must place in the same pieces at the same time.

Our friends introduced us to PicWits! and described it as “Apples to Apples but with pictures,” which is a pretty accurate description. Each player has a stack of image cards (usually very kooky images, that make you go “hu?” like a dog in a gorilla suit, or a man mowing his lawn while wearing a snorkel mask). The judge presents a caption, such as “I’m ready for my close-up” or “What’s for dinner?” and players pass in a card from their stack that they feel best matches the caption. The judge determines the winning card. Each round usually ends in lots of laughter!

Hope this has helped you find some new games to add to your family game nights! Please share what games your family enjoys playing!