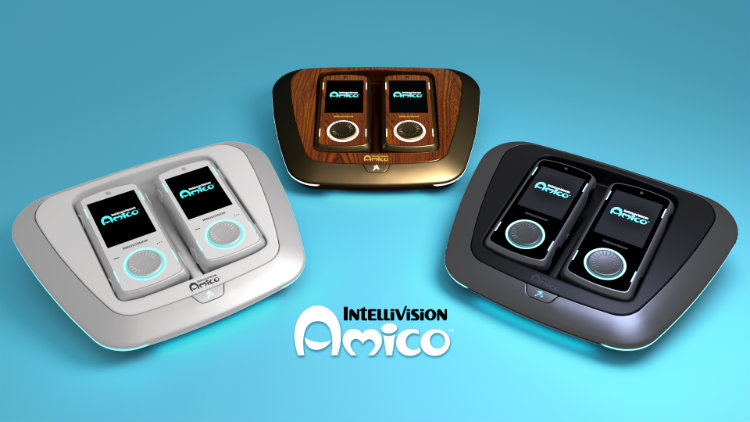 Before we take a look at the news from today’s Amico Special event, let’s take a look at what types of games you can look forward to playing on the Intellivision Amico as well as the Amico console and controllers.

Tommy has a long history in the video game industry. In fact, the Intellivision CEO and President has worked in the industry for more than 30 years. He has worked on over 300 video games since the 1990s including Aladdin, Cool Spot, Spider-Man, Sonic and the Black Knight, and Metroid Prime. This experience has earned Tommy the Guinness World Record for Most Video Games Worked in a Lifetime.

Tommy’s many roles in the video game industry include designer, product manager, producer, writer, hardware executive, games tester and heads of both music and video departments. He is also the creator, producer and host of the worldwide touring Video Games Live. Tallarico’s passion for music started when he was a child as he taught himself how to play piano and guitar at an early age.

Longtime video game fans will remember Tommy from the television shows Electric Playground and Reviews on the Run, which he co-hosted with fellow Canadian Victor Lucas from 1997 to 2006. 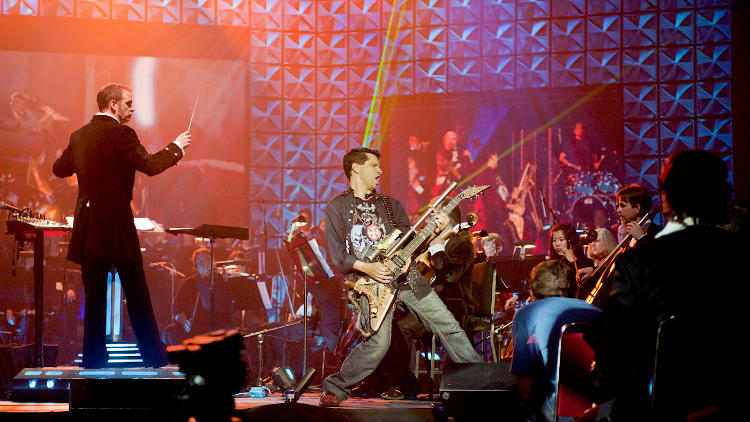 It’s important to understand, Intellivision isn’t trying to compete with the likes of PlayStation, Xbox or Nintendo. Their goal is to expand the fun past the hardcore gamer and bring those people in who might not be that familiar with modern day gaming.

The Amico will have a wide variety of games and genres that are appropriate for everyone. You won’t find any games with graphic violence and no bad language.  Here is a list of the types of games you can expect to see on Amico: 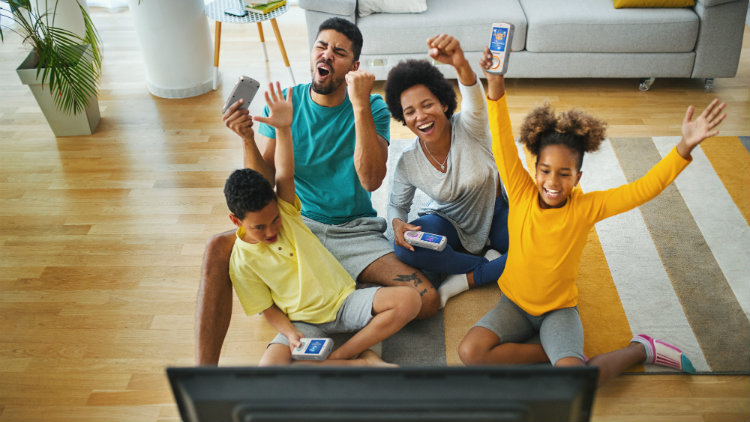 Intellivision Amico is designed for simplicity

It’s important to know that the Intellivision Amico is not a retro mini console like the NES or Sega Genesis mini. It’s a fully fledged gaming system that brings the fun of yesteryear playing to a modern day console. It is designed around making gaming accessible to everyone.

Quite possibly the most unique feature of the Intellivision Amico is its controller. Every Amico controller comes equipped with the following:

Furthermore, Amico ships with two controllers with the ability to connect Android and iOS phones. This means that a total of up to eight players can connect for local multiplayer fun. Charging controllers can be done wirelessly by simply placing them in the console, or via a USB C cable. 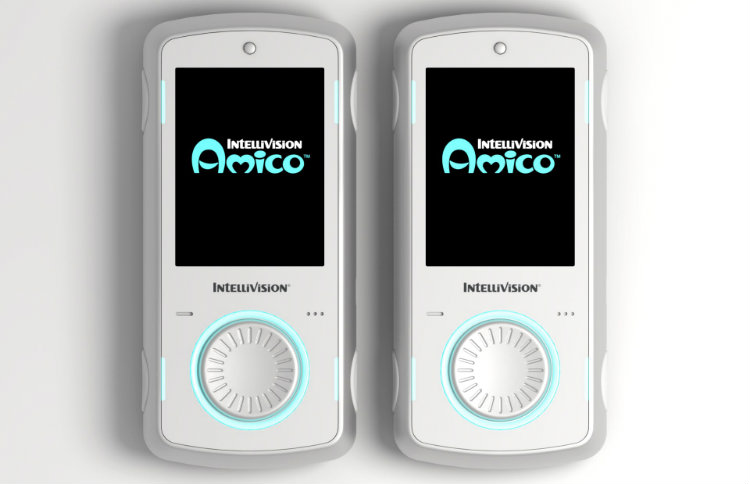 Every Amico console comes with six games installed on them. Five of the six included games have been announced as Skiing, Astrosmash, Shark! Shark!, Cornhole, and Farkle. The console itself comes with 32GB of storage to download and play games.

Amico games range anywhere from 300Mb to 1GB, so you can expect to easily store 30 or 40 games on your Amico. For those looking to expand storage, the Amico has a micro SD slot. Physical game cards will also be available for purchase at retail. 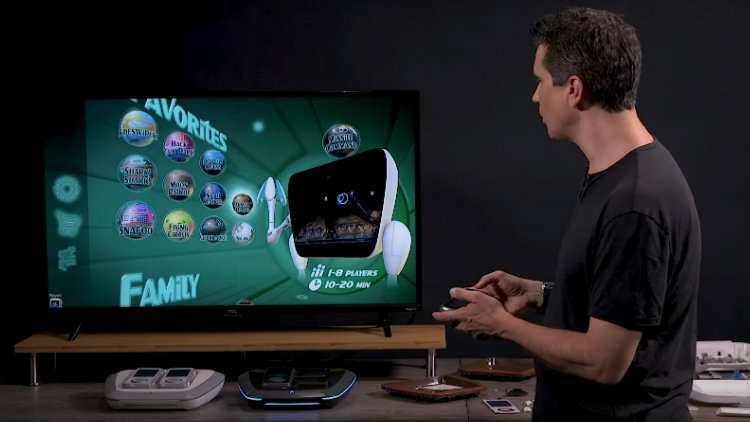 News and announcements from the Intellivision Amico Special Event

Three years ago when the Intellivision team embarked on the Amico journey, a launch date of 10/10/2020 was chosen. Today, Tommy shared that he chose that date for a very personal reason. His younger sister, who passed away, was born on 10/10. Tommy made a promise to his family that he would launch Amico in honour of his sister. Unfortunately, that release date has been pushed back due to the global pandemic. Amico is now scheduled to launch on April 15, 2021.

Next, we were treated to 12 new game announcements and new gameplay for Moon Patrol, Evel Knievel, Astrosmash, Intellivision ACL Cornhole, Missile Command, Breakout, Intellivision Battle Tanks, and Nitro Derby. Additionally, Intellivision announced licensing partnerships with Mattel, Sesame Workshop and Usaopoly (The Op). These partnerships are especially important as they will bring even more games to Amico. 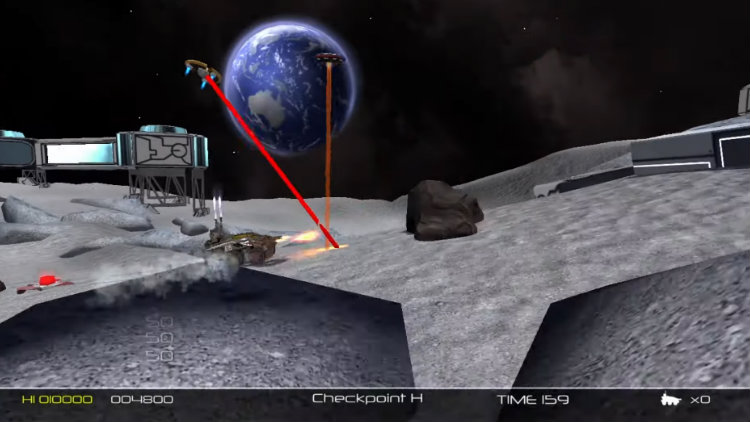 Intellivision’s partnership with Mattel will bring the popular Hot Wheels franchise to Amico. Kids and families will enjoy playing a suite of engaging and fun educational Sesame Street games together thanks to the partnership with Sesame Workshop. These new announcements are in addition to other licensing deals Intellivision has with Major League Baseball, Evel Knievel and The American Cornhole League.

The legendary multi-award-winning side-scrolling game is back exclusively for Amico. More
adventure, more fun, more shenanigans and now… with MULTIPLAYER! 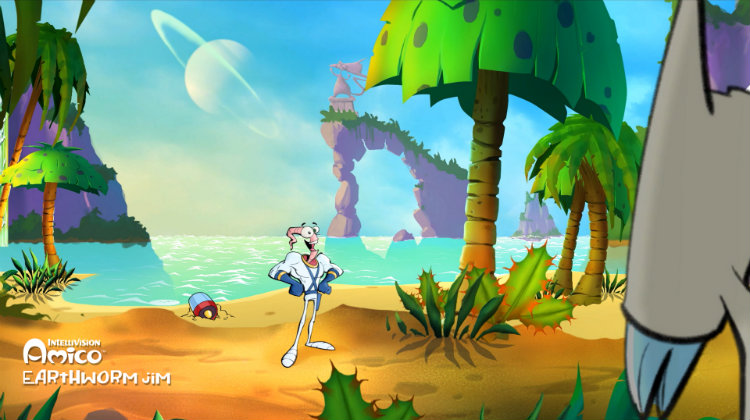 Intellivision and Sesame Workshop announced a series of educational titles that will utilize the unique Amico touch screen controllers, motion controls and couch co-op for the entire family to join in the learning and fun.

Hot Wheels  has ignited the challenger spirit around the world since the brand’s introduction in 1968. Intellivision is beyond excited to have this spectacular brand be a part of the game repertoire, and it will challenge parents, kids and fans alike as they race to the finish line.

A modern rendition of the classic side-scrolling shooter genre, Rigid Force Redux Enhanced
arms players against waves of attackers. With a great soundtrack and magnificent graphics, the exclusive Amico version is enhanced with couch co-op multiplayer. 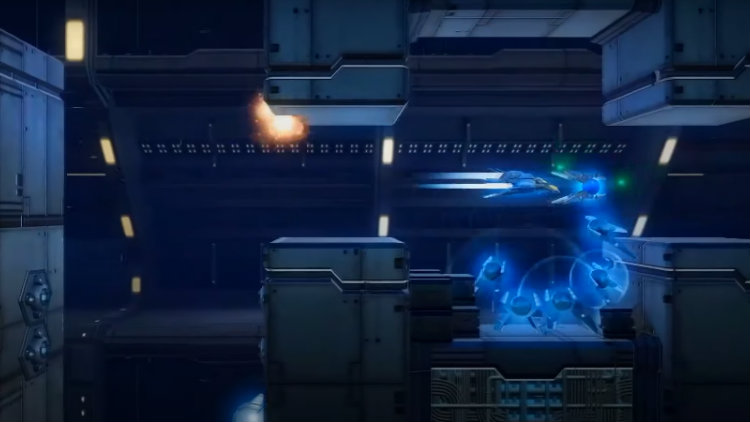 Another terrific board game coming from The Op to Amico is Blank Slate. This party game
allows families to get in sync with one another as they attempt to fill in the blank with just one word to complete the phrase. When players guess the same word, they receive extra points. Blank Slate only takes moments to learn and its simplicity makes it fun for players of any age.

An all new original game, Finnigan Fox brings authentic platform gaming fun exclusively on
Amico. Leverage the changing seasons and unique controls to embark on a mystic adventure with this furry friend. 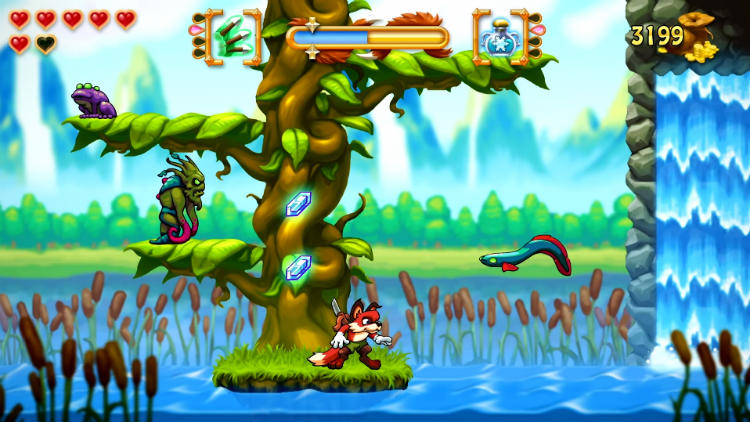 Bomb Squad is perfect for those looking for big fireworks and even bigger entertainment.
Players will need to work together to try diffusing bombs before time runs out. It’s sure to be a BLAST!

Searching for diamonds, gems and gold has never been so easy and exciting. Players will be on an adventure packed with strategy, risks, and riches as they push their luck to see who will come out on top.

Through its partnership with The Op, Intellivision will offer the laugh-out-loud party game,
Telestrations. Families will be able to experience the joy of laughter and miscommunication
while they sketch and guess silly drawings and words. Never before brought to the digital era, this party game will allow for entire families, from children to grandparents, to share a laugh and enjoy the fun. 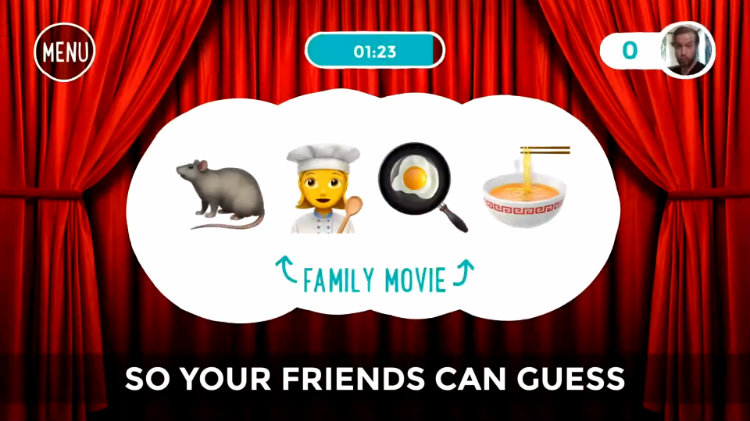 From Concrete Software, creators of the top played golf, bowling, and fishing games in the
world, this game will be an instant family classic. Pick your favorite monster and enjoy one of the most played card games in the world.

Developed by Stainless Games with Mike Montgomery, one of the founders of the legendary
Bitmap Brothers, Liar’s Dice is simple and fun for the whole family. This exclusive version is a cute and funny take on one of the most well-known dice games in the world, and utilizes the unique Amico controller screens for secrecy.

What happens when you combine popular games like Star Castle, Rocket League Racing, and Asteroids? You get the new, exclusive Amico game called Space Strike. 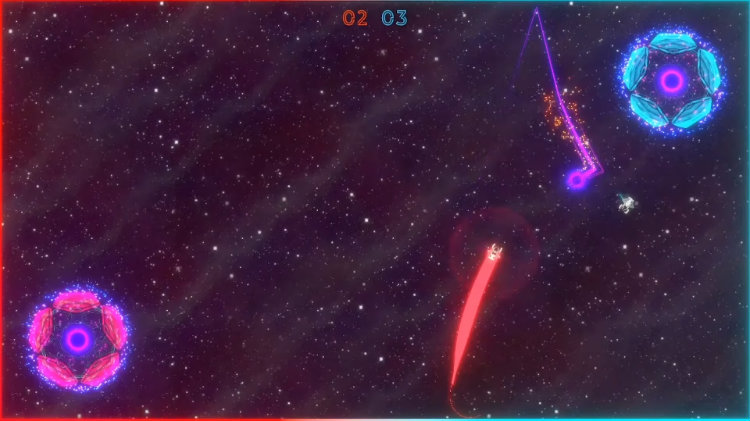 It’s clear to see, Amico is a gaming system that is fun for the whole family. Its games will be fun and easy to pick up and play for everyone, regardless of their skill level. There are so many great games that I’m excited to play such as Earthworm Jim 4, Telestrations, Moon Patrol, Mattel Hot Wheels, Skiing, Shark! Shark! and more.

I can’t wait to use the Amico controller and see all the innovative ways that developers will use it. Amico, the modern reboot of the iconic Intellivision video game console, is scheduled to launch April 15, 2021. Stay tuned to the Best Buy blog for the latest information on Amico and be the first to know when you can pre-order Amico.

Make sure to bookmark and visit the Best Buy Blog as well as our Play at Best Buy gaming hub frequently all summer long. Here we will have special offers, including pre-order links to new games, contests, and the latest news. And, don’t forget to check out my Twitter feed as well as Best Buy Canada’s.

Here’s are the social media links for you to bookmark:

We also want Play at Best Buy to be an interactive event with you. So let us know what games, news and announcements you are excited about with your likes, comments, and shares!