How much do NBA players want to resume this season? Union reps reportedly trying to find out 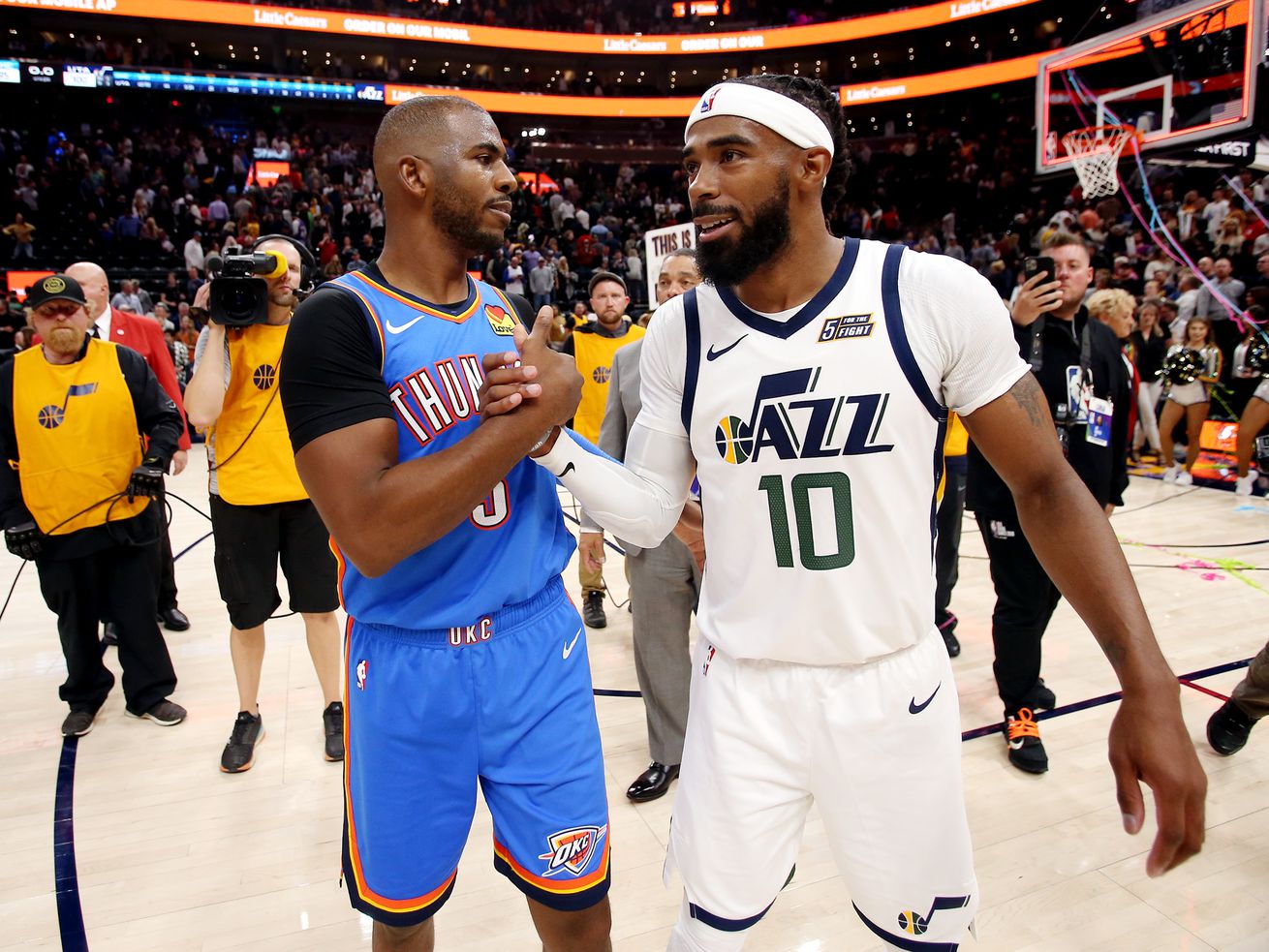 On Tuesday, however, there were somewhat conflicting reports from ESPN’s Adrian Wojnarowski and The Athletic’s Shams Charania regarding a text message NBA Players Association reps sent to players asking if they want to try to play again this season.

Wojnarowski first reported news of the text message Tuesday afternoon, but about two hours later, Charania tweeted a statement provided by the NBPA saying it “is not engaging in and has not authorized any formal poll of its players.”

The word “formal” was perhaps important, as Wojnarowski tweeted about an hour later that regional rep Tim McCormick sent a text to players at the request of NBPA executive director Michele Roberts asking, “Do you want the season to start again?”

In any event, players will need to be on board with the plan to resume play whenever and wherever it may happen. While a number of players have publicly expressed the desire to finish this season, finding a consensus on how it’s done could be challenging.

Utah Jazz forward Joe Ingles, for example, told local reporters a few weeks ago that he didn’t much like the idea that’s been circulated of league personnel going to one central location and staying there for the duration of the season.

“It would be extremely hard,” he said. “It would be basically the longest I’ve been away from the kids, which I don’t know how much I’m willing to do that.”

On Tuesday, Yahoo’s Chris Haynes reported that some of the NBA’s most notable stars, including LeBron James, reigning league MVP Giannis Antetokounmpo, NBPA president Chris Paul and former Weber State star Damian Lillard, among others, met via conference call Monday and were in unison that play should resume as soon as it is deemed safe to do so.

“The group’s decision is expected to hold significant weight in the decision-making process for the rest of the league’s players when it’s time to deliberate on whether to restart the season,” Haynes wrote.