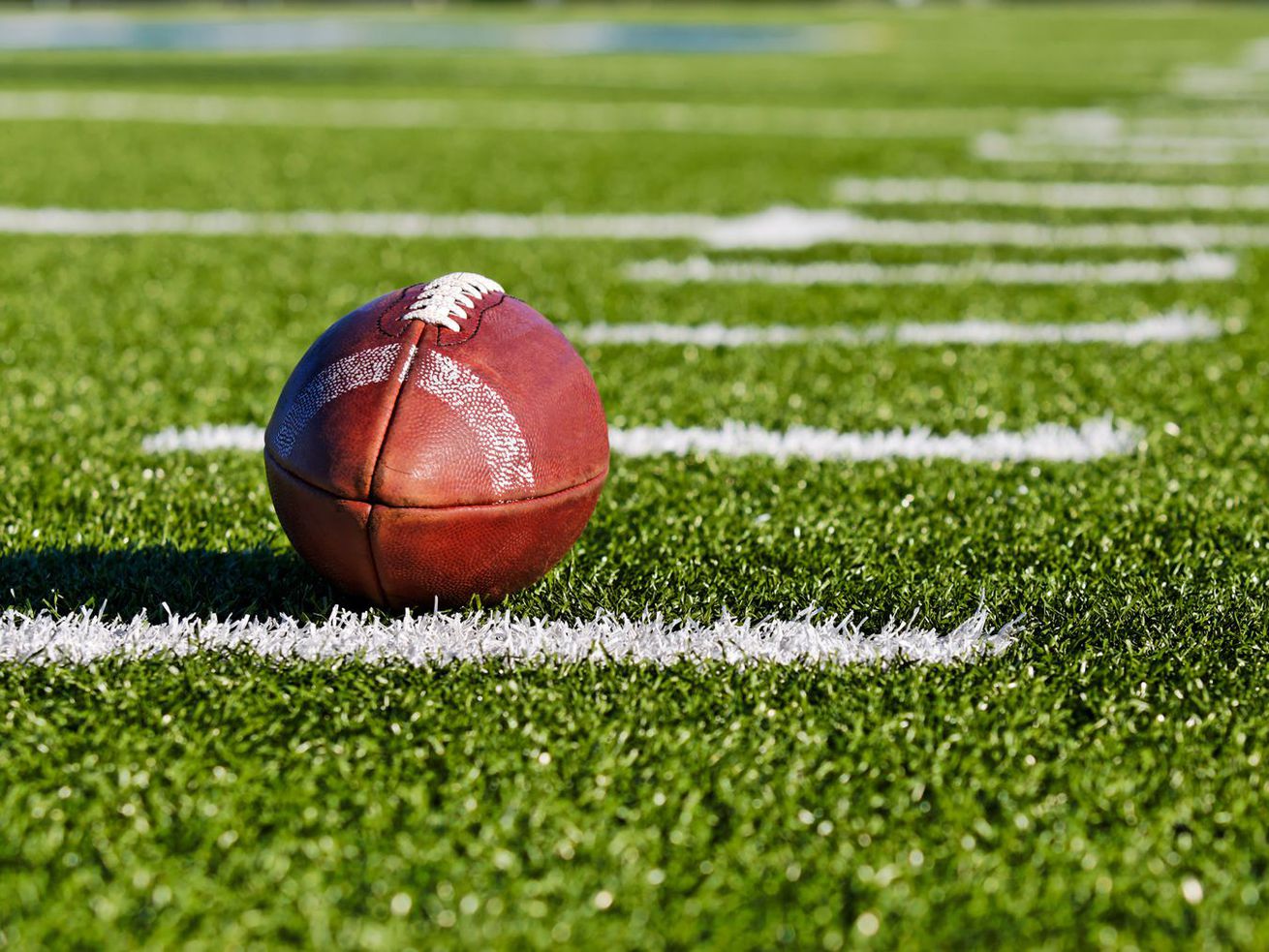 SALT LAKE CITY — On Friday, Utah high schools were the first in the nation to kick off a football season unlike any other. The COVID-19 pandemic is already changing things, from coaches and fans wearing masks to limited or no attendance at games. A full season isn’t guaranteed, and everything could change with a COVID outbreak, but for one Friday night in Utah, a sense of some normalcy was restored with 50 games across the state kicking off underneath the lights.

The 3A and 2A classifications had some great games and a few nail-biters to kick off the season.

Richfield opened its season with a close 24-21 victory against Hurricane (box score).

Down 21-17 with time ticking off the clock late in the fourth quarter, Wildcat quarterback Gavin Brown lofted a 21-yard pass to Jake Hyatt, who hauled it in for the win with just 1:14 left in the game.

Brown finished with two passing touchdowns, one to Jake Hyatt and one to Max Robinson. Kasey Giddings also rushed for a score in the victory as Richfield improved to 1-0 on the season.

“We played a hard fought game against a much better Hurricane Tiger team than last year. We had to overcome a lot of self-inflicted disasters, and capitalized on the opportunities that came our way in the fourth quarter,” Richfield head coach Ryan Shaddix said.

Wildcats with the come from behind win over Hurricane 24-21 on opening night. Starting off the @rmshaddix
Head coaching era with a huge win!! pic.twitter.com/nwIouUuEk6

San Juan and Delta was another close contest. Delta took a 19-12 lead midway through the second quarter on a 15-yard pass from Austin Topham to Britton Smith. Later in the quarter, quarterback Jace Palmer tied the game on a one yard run.

Late in the third quarter, Palmer found Parker Snyder for a 40-yard touchdown pass that proved to be the difference as the Broncos held on for a 26-19 win (box score).

“We had so many unknowns coming into this year with such a young team, and man, did our guys come to play. Our kids are scrappy and found a way to win. Jace Palmer, our QB, played a complete game — throwing for three touchdowns and running for one. Defense came up with some huge turnovers to seal the game,” San Juan head coach Barkley Christiansen said.

Juab, ranked the No. 2 team in 3A in the Desert News preseason rankings, overcame a slow offensive start in the first half to finish with a 33-14 win over Parowan (box score). Leading 13-7 at halftime, the Wasps outscored Parowan 20-7 in the second half to seal the win. Four different Juab players — Chase Ingram, Grant Orme, Jared Dye and Shan Jackson, scored rushing touchdowns in the win.

“After a rough first half we got in a rhythm and played a much better second half. We called on lots of different players and they stepped up,” Juab coach Mike Bowring said.

Two teams ranked in the top five of the Deseret News 3A rankings stumbled out of the blocks to start the season as Juan Diego and Grantsville both lost. The Soaring Eagle fell 39-20 to Bear River (box score) as the Bears’ Kace Jones rushed for three touchdowns and Garrison Marble turned in a 90-yard touchdown run.

Big victory for Bear River tonight over Juan Diego! It also felt like a victory just to see the teams play. We just won the Covid Bowl! pic.twitter.com/aB6saSqkD9

In 2A action, there were plenty of close games as well.

Down 13-0 to Judge Memorial late in the third quarter, Layton Christian scored the next 19 points and rallied for a 19-13 win (box score).

Quarterback Tucker Prescott found Malik Johnson for a 55-yard score to get things started in the third quarter, then Bill Lenidrik returned a fumble to the house to tie things up. The game-winner came with five minutes left in the game as Prescott hit Lenidrik for a 45-yard touchdown.

Duchesne and Enterprise were locked in a defensive battle, with the Eagles prevailing 10-7 (box score). Duchesne got the first points on the board via a safety before the Wolves answered with a 35-yard strike from Tyler Hiatt to Bryant Jimenez to take a 7-2 lead. Duchesne would get the final say as Cameron Brady found Kaleb Sanchez from 5 yards away for the clinching touchdown in the third quarter.

“Both teams played tough tonight. Give Enterprise credit. Their coaches had them ready to go and they played their hearts out. That being said, our guys got an early safety by Ethan Park and that gave us a spark. Our offense struggled but made enough plays to win. Defense played great,” Duchesne head coach Jerry Cowan said.

North Summit and Uintah played in another close, low scoring game. The Braves got on the scoreboard first via a 52-yard run from Kale Hobson before the Utes answered back in the third quarter with a field goal. Uintah took the lead with an 18-yard run by Conner Henderson in the fourth quarter, but Ethan Crittenden had a 90-yard fumble recovery to give North Summit an exciting 13-10 win on opening night (box score).

“Super hard fought game against Uintah for us. They are a great bunch of athletic kids. I congratulate our guys for their never-say-die attitude. When they were driving late for the go-ahead score, we found a way to string out their option and create a fumble,” North Summit head coach Gary Crittenden said. “What a great effort to pick it up on a scoop and score by Ethan. From where I was, it looked like we had 15 guys in there escorting him back 90 yards to seal the win. A defensive struggle is not often pretty, not winning any beauty contest, but a win is a win.”

The top four teams in the Deseret News 2A rankings — Beaver, Duchesne, Millard and Milford— all won their opening games.

Beaver rolled to a 69-0 win over Grand (box score). The Beavers scored 48 of their 69 points in the first half and added 21 in the third quarter. Turner Williams scored four touchdowns, including a 68-yard punt return, and EJ Allred added three touchdowns —including a 16-yard fumble recovery and a 35-yard punt return.

“Our kids were ready to play. We had a defensive touchdown and two special teams scores early that set the tone. Our defense was very solid tonight,” Beaver head coach Jon Marshall said.

Millard defeated Emery 25-12 (box score) thanks to a great performance by Jed DeGraffenried.

DeGraffenried scored three of Millard’s four touchdowns, including a 45-yard run. The Eagles put the Spartans away for good with a 20-yard pass from Braxton Bond to Dakota Maxfield late in the fourth quarter.

“No matter the outcome it was awesome to be out on the football field playing football. Our older kids took the leadership of the team and our young kids, especially our sophomores that we have playing on the both sides of the ball, really stepped up. We played with a lot of emotion and that was why we were able to grind out the win,” Millard head coach Ethan Stephenson said.

After giving up the first touchdown of the game on a 90-yard kick return from South Summit’s Dart Sanchez, the Tigers scored the next 32 points.

Quarterback Bo Hardy had a hand in all five touchdowns during the scoring tear, rushing for three scores and throwing two more — including a 79-yard bomb — to Bret Beebe.

“Our kids came out and played hard. They have worked their tails off all summer to prove that they can win football games. My assistant coaches don’t get enough credit for the job that they have done with kids,” Milford head coach Thane Marshall said. “They had them ready to go tonight, but it a long season (we hope) and we have a lot of improvement to make. Bo’s first start was great!”